Animal shelters are a rather sad place. There are thousands of homeless dogs and cats waiting for their future owners, sitting in cramped enclosures and cages. 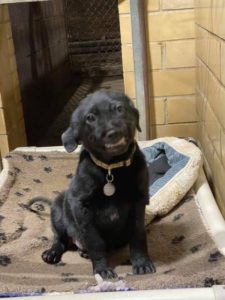 An animal protection group in Louisiana, USA, posted a video from a local shelter. A black Labrador puppy named Burro decided to engage in self-publicity. Every time a person walks past his enclosure, he smiles. 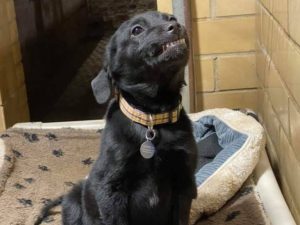 According to volunteers at the shelter where Burro lives, he and his two brothers were rescued from animal owners when they were eight weeks old. The other puppies had already been taken by their new owners, and Burro, left alone, learned this trick with a smile. Now every time the puppy sees a human, he wrinkles his nose and wags his tail.