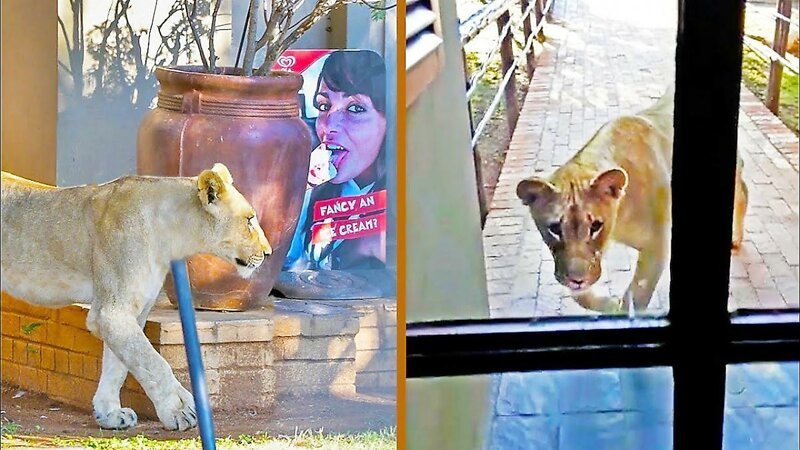 Last weekend, a pride of lions loitering in the center of Pilansberg caused a real stir. One of the predators tried to enter the restaurant, which, according to eyewitnesses, was full of tourists.

Fortune Morak, an employee of a restaurant located on the territory of the Pilansberg National Park, opened a coffee shop early in the morning and captured an uninvited guest. 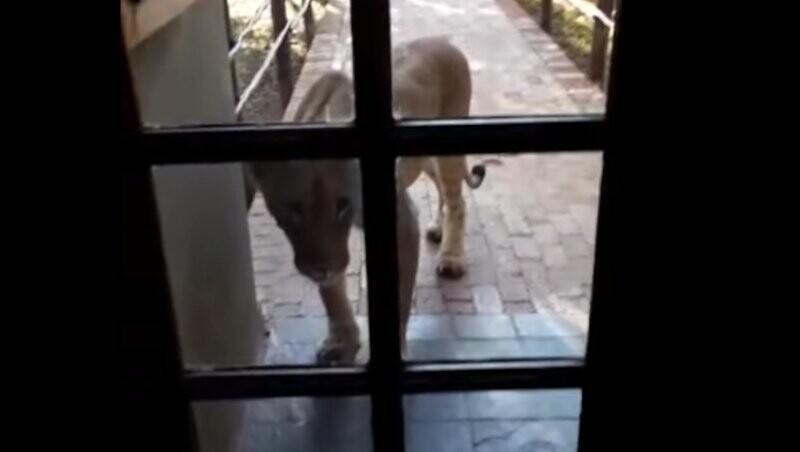 “We just entered the restaurant from the parking lot and saw how several lions staged a game at a distance from our center. There were already several employees and many guests in the cafeteria. We noticed that one of the young lions went straight to the door of our establishment and managed to block the entrance. We were very excited and a little scared to see the predator from such a close distance, when he was standing right outside the door of the center. ”

After a while, the young lion grabbed a plastic scoop and left to join his pride.