In Florence, Italy, baby Ippo, who can be considered the world’s first zonkey, was born. His parents, a male zebra and a female donkey, met at an animal reservation. Apparently, the representatives of their own species did not appeal to them, and they decided to experiment. In fact, here is the result of the experiment. 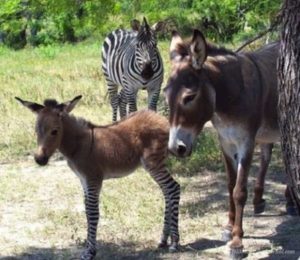 Ippo was born just four months ago. Her parents’ unusual tryst occurred when her father, Martin the zebra, jumped the fence at his enclosure and entered an enclosure housing endangered Amiata donkeys. In the enclosure, Martin met Giada and, twelve months later, little Ippo was born! 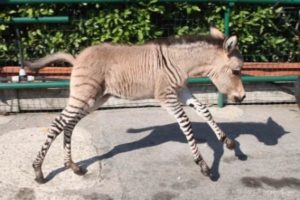 Hybrids like Ippo are very rare. They combine various traits of both parental species. Their overall appearance is more similar to that of a donkey, but they have striped legs and belly and a wilder temperament than a donkey. 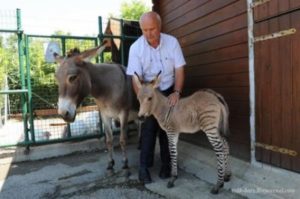 Unfortunately, like mules, hybrids like Ippo are often infertile due to different numbers of chromosomes. However, there should be no serious health problems that would prevent Ippo from living a long and fulfilling life. Given her unique history and appearance, she is sure to quickly make many new friends in her sanctuary! 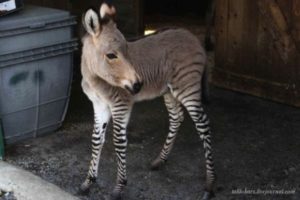