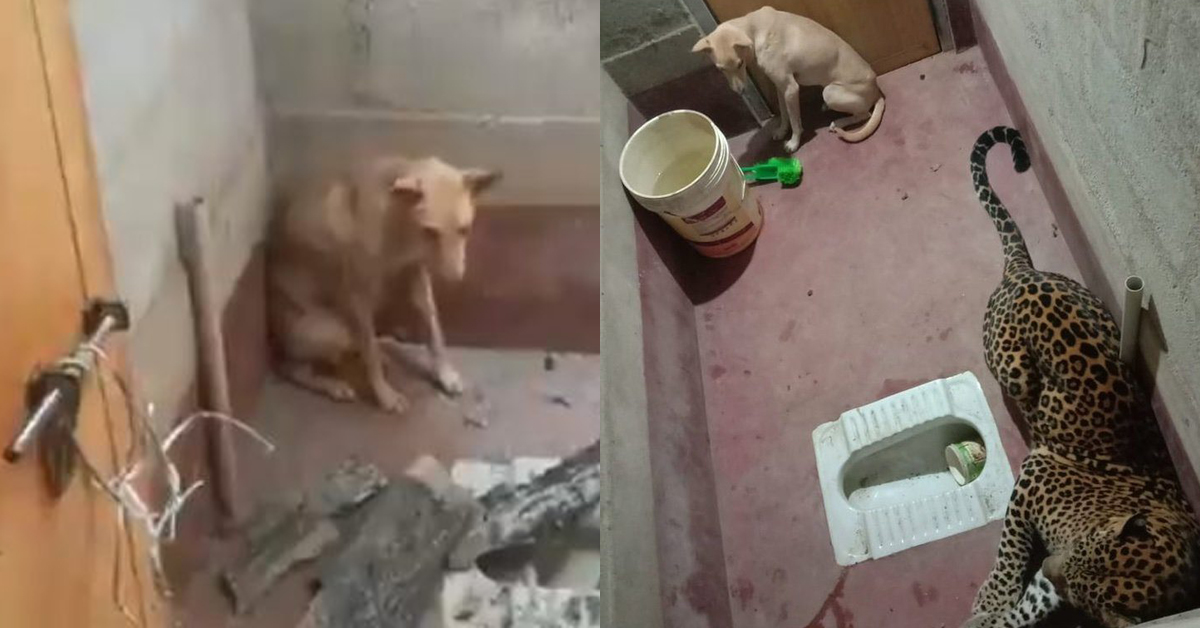 On this day, the dog can celebrate his second birthday. She was very lucky to be alive.

No one really understood how it all happened. According to eyewitnesses, a passing dog named Bollu suddenly flew into the open door of a residential building in the Indian village of Bilinele, Karnataka, followed by a leopard. Both rushed to the bathroom, where they were closed by the frightened owners. Only a few hours later, employees of the forestry department arrived at the scene. They began to disassemble the roof of the bathroom, throwing a net on the building just in case. And then they put a camera through the hole to see what was happening inside the room.

Experts expected to see anything — the torn body of a dog, pools of blood and other horrors. But a completely different, peaceful picture appeared before their eyes. Bollu and leopard were sitting in different corners of the room. The dog got scared and stared straight at the wall. The leopard lay calmly in a relaxed pose, showing no aggression.

Mr. Karikalan said a cage was placed outside the washroom and a net was spread around it. An additional cage and net were also kept standby. A darter and a veterinary doctor were called to the spot. The leopard and the dog were “taking rest” in the wash room, when the personnel closed all openings. Their mission was to make a hole on the asbestos sheet roof and dart the leopard.

As the earthmover moved in, the leopard suddenly jumped towards the roof, bringing down a portion of the sheet. It bolted through an opening not covered by the net, disappearing into the forest in a flash at about 1.30 p.m. The personnel opened the door to find the dog unharmed. The family members then offered the dog some food. Bollu was free! After everything he had experienced, he was happy to be back on the street and thanked people for saving him. And the locals are still wondering why the leopard chasing the dog did not attack him. According to forestry officials, big cats prefer to ambush their prey because they have more room to maneuver. Finding himself with the dog indoors and unable to retreat, the leopard decided not to take any chances. Or maybe it’s just a happy accident, and Bollu was very lucky.