When every Indian says “Rajasthan” he simultaneously imagines a waterless desert, a cool lake, impregnable mountains, and… Marwari horses.

Like the fickle nature of Rajstan, and in particular Marwar (modern-day Jadpur), the Marwari horse breed combines grace and endurance. Marwari is a very ancient breed of horse, which is described in sacred books as a horse on which only members of the Kshatriya caste, the great warriors and kings, could ride.

The history of this unique horse breed is closely connected with the history of the Rajputs, an ethnic and social group that inhabited Western India in the Middle Ages. According to legend, the Marwari horse breed originated “when the ocean was foaming with the nectar of the gods…in the days when horses were the winds.” 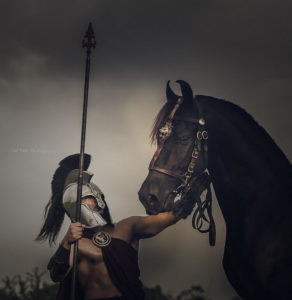 The ideal warhorse was bred by the Rajput Rathore clan. Taking the beauty, endurance, intelligence and incredible loyalty of local horses as a basis, for centuries the warlike clan created Marwari horses especially for desert battles. The selection was very strict and resulted in the horse that could survive in the barren land, eating only scarce desert vegetation, endure heat and cold, do without water for a long time and still cover long distances at high speed. 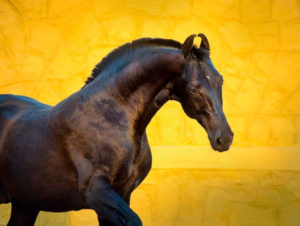 Another surprising feature of the Marwari breed of horses is the structure of the shoulders: they are set at a smaller angle relative to the legs of the animal. This makes the front of the horse lighter and allows it to move quickly and effortlessly in the sand. This shoulder structure allows the Marwari to easily pull its legs out of deep sand without much damage to its speed qualities. And although the Marwari horse is inferior to, for example, Akhalteke horse during straight jumping, but the course of Marwari is softer and more comfortable for the rider. 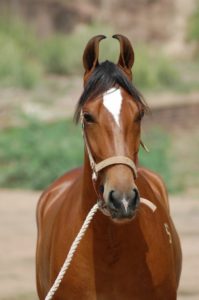 The torso of a Marwari is compact, but the legs are long and graceful. Due to this structure, even falling deeply, a Marwari horse does not touch the hot sand with its belly.

Marwari horses have a well-developed orientation – they know very well where their home is, being many kilometers away from it. In India, these Marwari horses are known for saving the lives of many riders who got lost in the desert.

But the first thing that catches the eye when seeing a Marwari is the unusual ears, which no other breed of horse has. The ears of Marwari horses are curved inward so that their tips meet. According to one version, this is the result of a mutation after the addition of Arabian blood. Perhaps, due to this, Marwari hearing is better developed than that of other breeds of horses – increased sensitivity of hearing Marwari more than once saved the lives of riders, warning of danger in time. 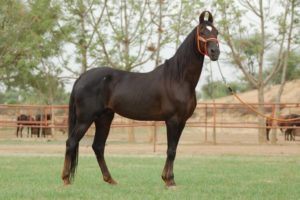 Whoever has been fortunate enough to visit Rajstan has undoubtedly seen a picture in the City Palace depicting the great battle of Maharana Pratap of the Rajput clan with the army of the Mughal Empire under the leadership of Akbar.

According to historical records, the Rajputs owed most of their victories to military cunning of their own invention. The warriors put fake elephant trunks on their warhorses Marwari. As ridiculous as it sounds today, this method worked almost without fail. Thanks to this “camouflage”, the enemy’s war elephants took the fake horses for the elephants and refused to attack them. Meanwhile, a well-trained Marwari horse would stand with its forelegs on the elephant’s forehead, and the rider would strike the mahout with his spear. In the Middle Ages such specially trained cavalry numbered about 50 thousand riders.

However, the battle depicted in the picture (1576) ended in defeat. Despite this, the medieval heroic epic did not praise the victor, but the loyalty of the Marwari horses and soldiers of Marwar’s army. 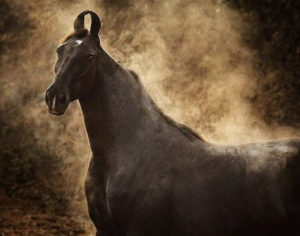 Legend has it that Pratap’s horse named Chetak was wounded in the hind leg by an elephant’s tusk, but instead of stopping, rode his last journey with his ruler in the saddle on three good legs. When the battlefield was left behind and the danger to the rider had passed, the horse collapsed.

It is also believed that the Marwari never abandon a wounded rider on the battlefield, but faithfully remain to guard, driving away enemies. And if the rider gets lost in the desert, the marwari horse, thanks to its innate instinct, will find its way home. 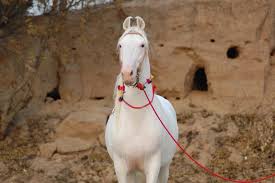 Ever since the Marwari horses performed their battle exploits and until the end of the twentieth century, the population of these unique horses has been steadily declining. In the 1930s (20th century) the breed was on the verge of extinction. Today, we could only admire the legendary Marwari horses in paintings and frescoes, but the Maharaja of Jadpur, Umaida Singiya, preserved the breed. Today, the Marwari breed is preserved by the Indian government together with the Association of Breeders of the breed, so that the number of Marwari horses in India is increasing every year. 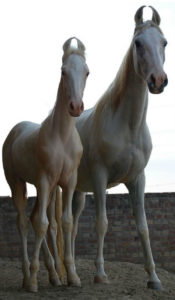