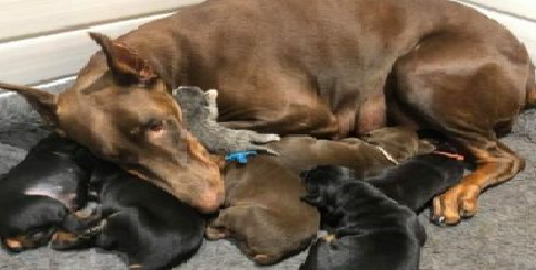 A woman from the USA helped her relative to cope with the repair of the house. While working, the woman heard a squeak that was heard in the garden. Following the sound, she saw a kitten, so tiny that he didn’t even have time to open his eyes. 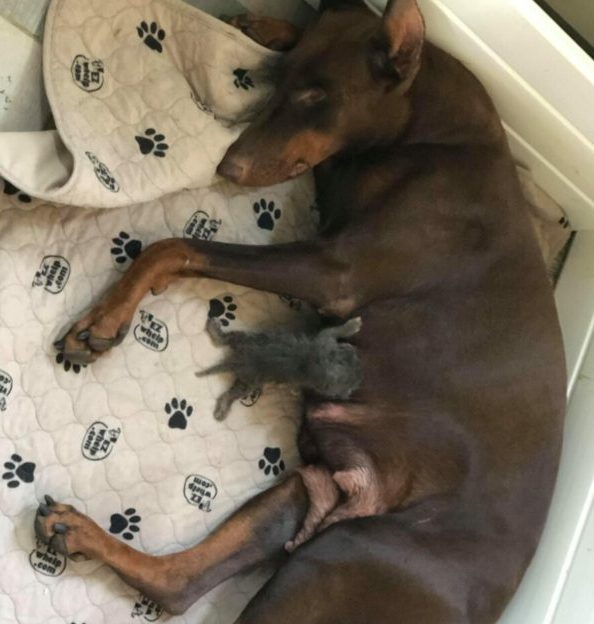 The woman decided to leave the kitten in place. She was sure that his mother was somewhere nearby and would soon appear to take care of him. Time passed, but the squeaking did not subside. So the woman realized that the mother cat had not returned, and the kitten was very hungry. 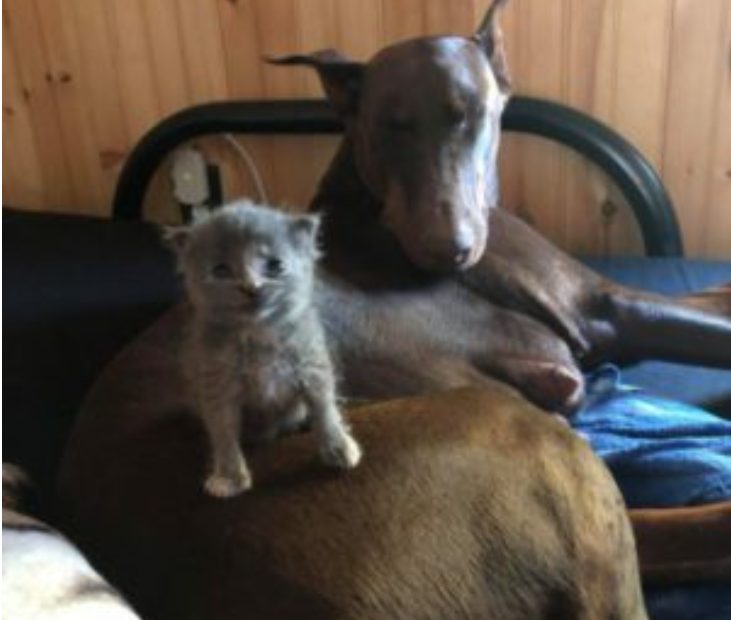 The woman took the kitten home. She already had a dog named Rocky, who had puppies a few days ago. The woman was afraid that Rocky would treat the kitten with distrust or even aggression. But the dog immediately accepted the baby. 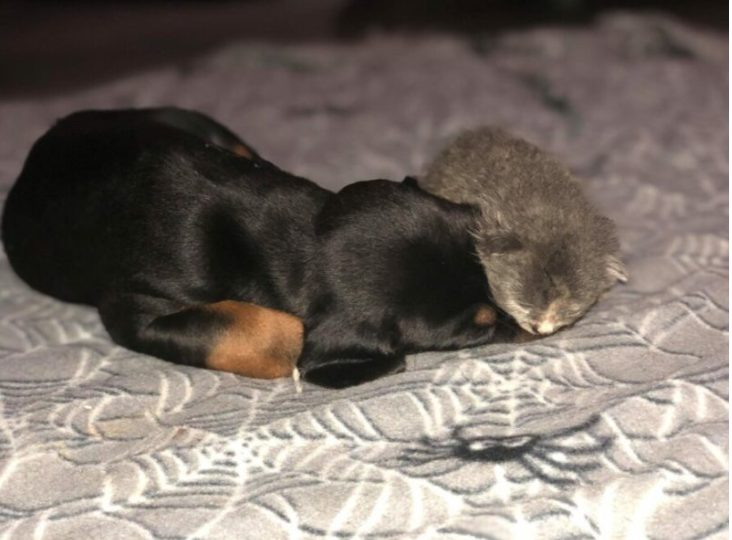 While Rocky was feeding her puppies, she stared intently at the kitten. As it turned out, the dog was already a foster mom for a little guinea pig and a baby rabbit, so this time she could not leave someone else’s baby in trouble.

Rocky became a foster mom for the kitten. For Rocky, being a mom is the main vocation and she succeeds in this job perfectly. 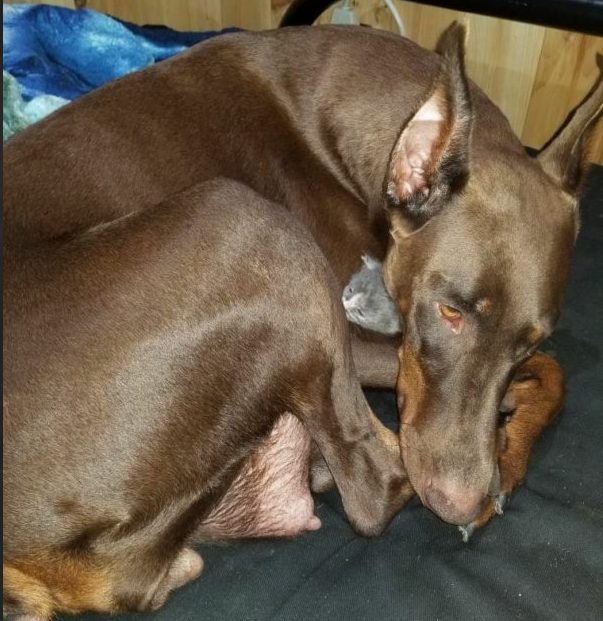 In a couple of weeks, the puppies have grown up, and the kitten has grown up and got stronger with them. The kids live very amicably. They spend most of their time in fun games. And the smallest kitten gets the most time and attention from the dog mom.