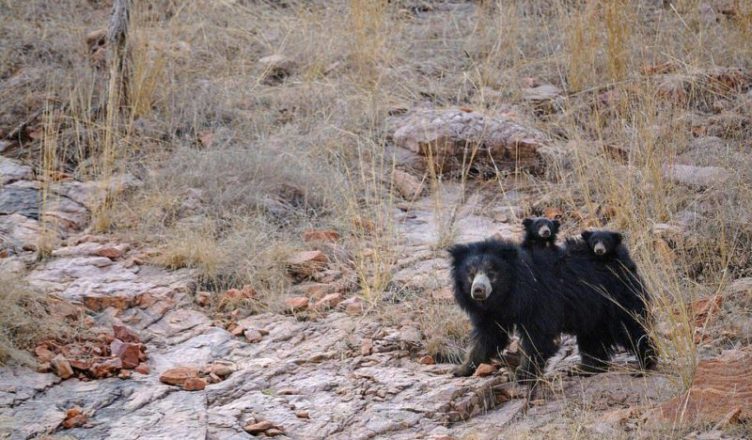 It happened in India.A bear with cubs on her back, disturbed the tigers during mating. The inhabitants of the jungle began to run away from fear.But the bear stood on its hind legs, showing its aggression.

Captured during mating in Ranthambore National Park in India, two Bengal tigers seemed to have an advantage over a female bear that suddenly attacked them. 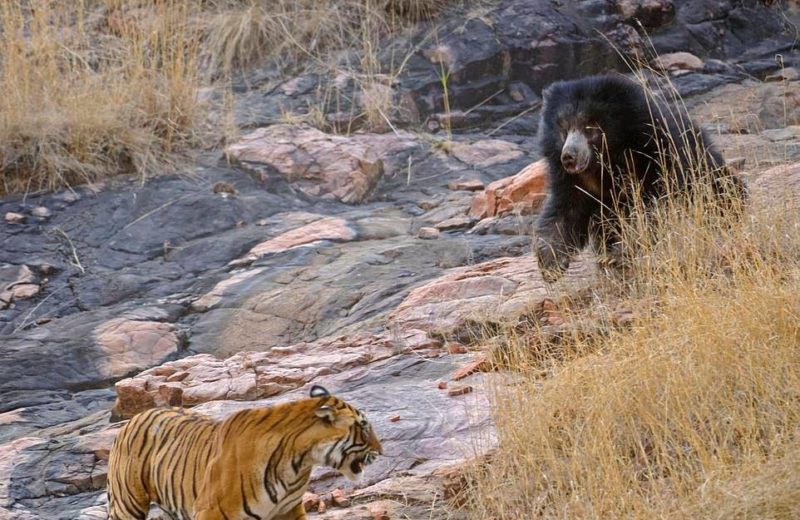 Instead of running, the bear decided that attacking was the best form of defense, and blocked the way of the tigers, growling at the pair as they came closer.

Her cubs were lying on her back, clinging to her for safety. The bear jumped on the tigress, scratching the big cat, which itself seemed surprised by this behavior of the bear ,

The Tigers decided that it was not worth fighting, and preferred to retreat without a fight. 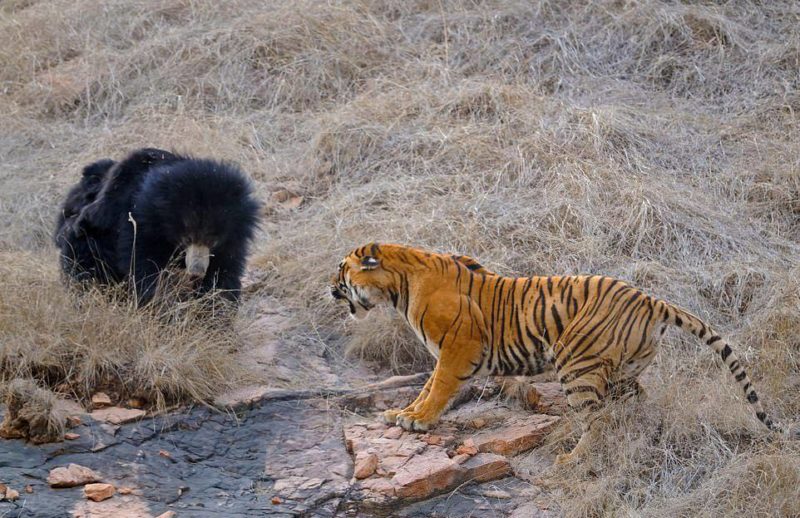