British photographer Simon Needham is genuinely happy as a little child that he managed not only to see a lion named Moya, but also to “persuade” him to pose for a photograph.

It is not easy at once for two reasons, the lion is narcissistic and capricious, plus it was necessary to choose an angle, from which all its beauty will be revealed.

Otherwise, why take the picture? 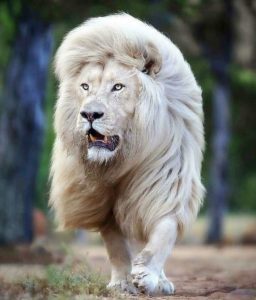 Moya is not an albino, but a carrier of the rarest gene mutation, which colored his skin and mane white. Because of this, he is often called “fabulous” because he is incredibly beautiful and unreal, as if he were magical. The six-year-old big cat lives in South Africa, in the Glenn Garriff Nature Reserve, where nothing threatens him. 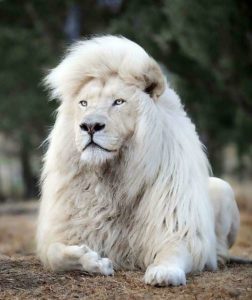 Including photographers – so as not to bother the majestic beast, people are forbidden to leave the cars. But as Needham says, the waiting and patience are worth it, because Moya knows his worth and from time to time he takes specially appropriate poses for photography! 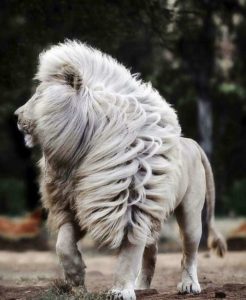 Moya’s magnificent white mane charms and enchants at first sight. There are also white lionesses in the reserve – who knows, maybe they will have wonderful white lion cubs?

ANIMALS 0 16 views
His name is Boss and he looks the part. The Tibetan Mastiff dog from