The number of puppies thrown away by negligent owners grows every year. This time, people heard crying near the local garbage dump. These were newborn puppies, most likely given birth by a domestic dog whose owners did not want to worry about housing its offspring. 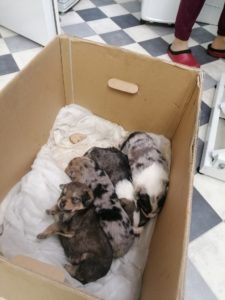 Fortunately, people did not pass by the little ones. They picked them up from the dump and took care of their fate. While they were in a holding facility, posts about their shelter appeared in all social networks. And one day Anna saw the announcement. The girl was touched by the sad fate of the babies, and, looking at the photos, suddenly decided to take one of them for herself. “Why not? I’ll make myself a friend!” – she thought. 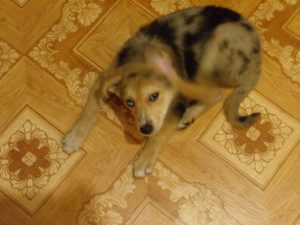 So Anna had an adorable little girl with eyes as big as saucers. It was decided to give her the nickname Varya. The puppy is only two and a half months old, but she already surprises the owner with her intelligence and ability to understand her at a glance. By the way, commands are given to Varya very easily, despite her stubbornness and tendency to hooliganism. 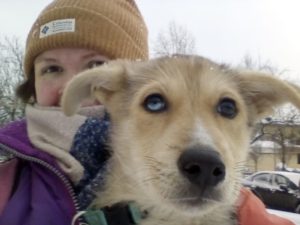 We hope that the fate of the other puppies found in the dumpster turned out just as well. And may loving owners be found for each stray puppy.