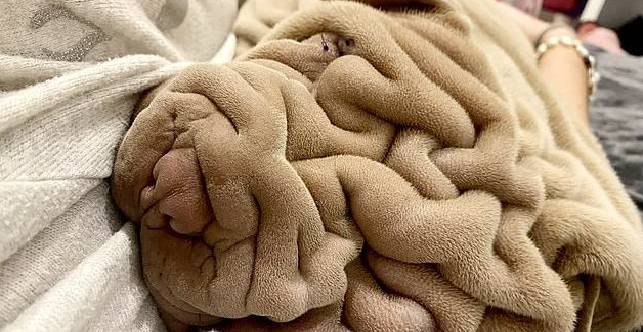 This is a sharpey named Harvey. The kid became the quintessence of the efforts of all breeders who were focused on the fashion of this breed. Its owner Teresa Arguimbau is just crazy about these folds!

So, the first task: find the dog in this photo. 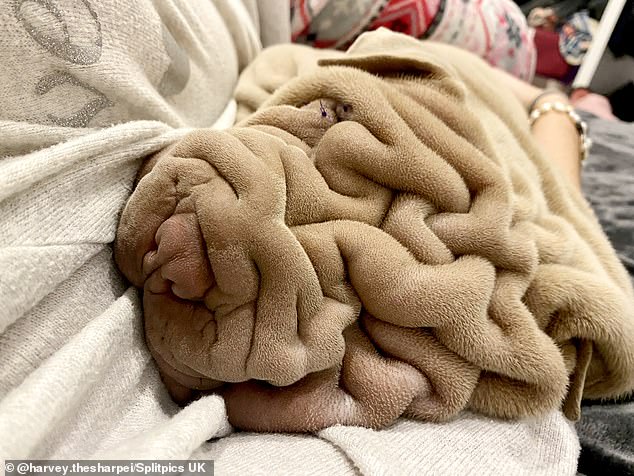 Historical fact — the ancestors of the Sharpeys were hunting and fighting dogs. But Harvey has nothing to do with this activity. He is very kind, warm and soft to the touch. By the way, he has a unique skin even for sharpies — almost without wool. 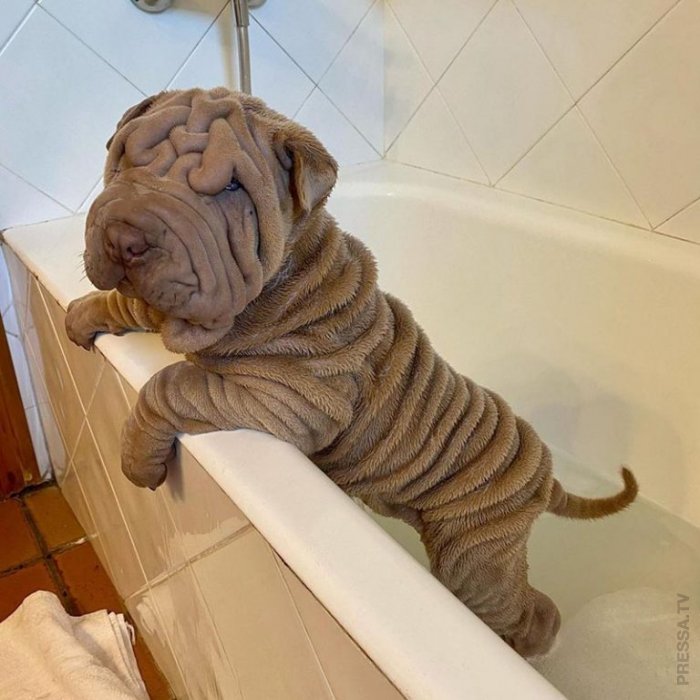 Harvey is only 6 months old. 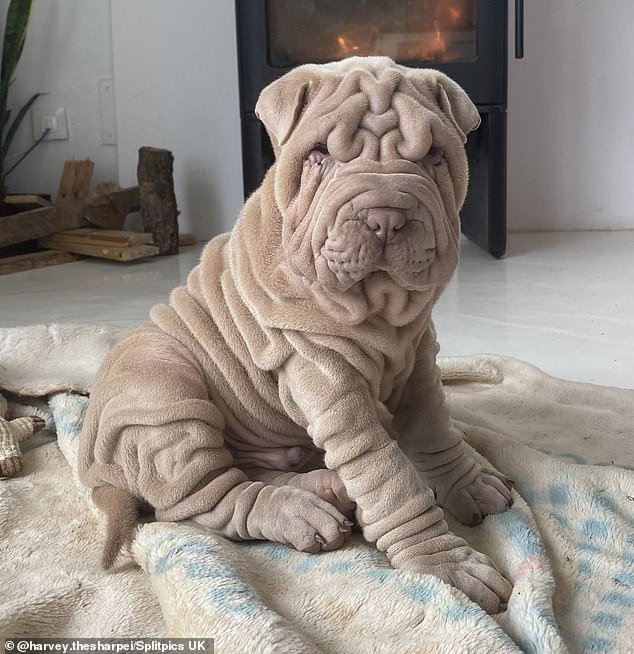 His folds are very cute, but at the same time they are a problem for the dog, because they are very vulnerable. For example, when a puppy drinks water and it gets into the folds, it does not flow out of there by itself, if the mother dog does not lie down or its owner does not wipe it. Also, the skin near the folds should be moistened with creams at least once every two days. It is the sanitary procedures that are the most troublesome part. But Teresa loves to take care of her pet. 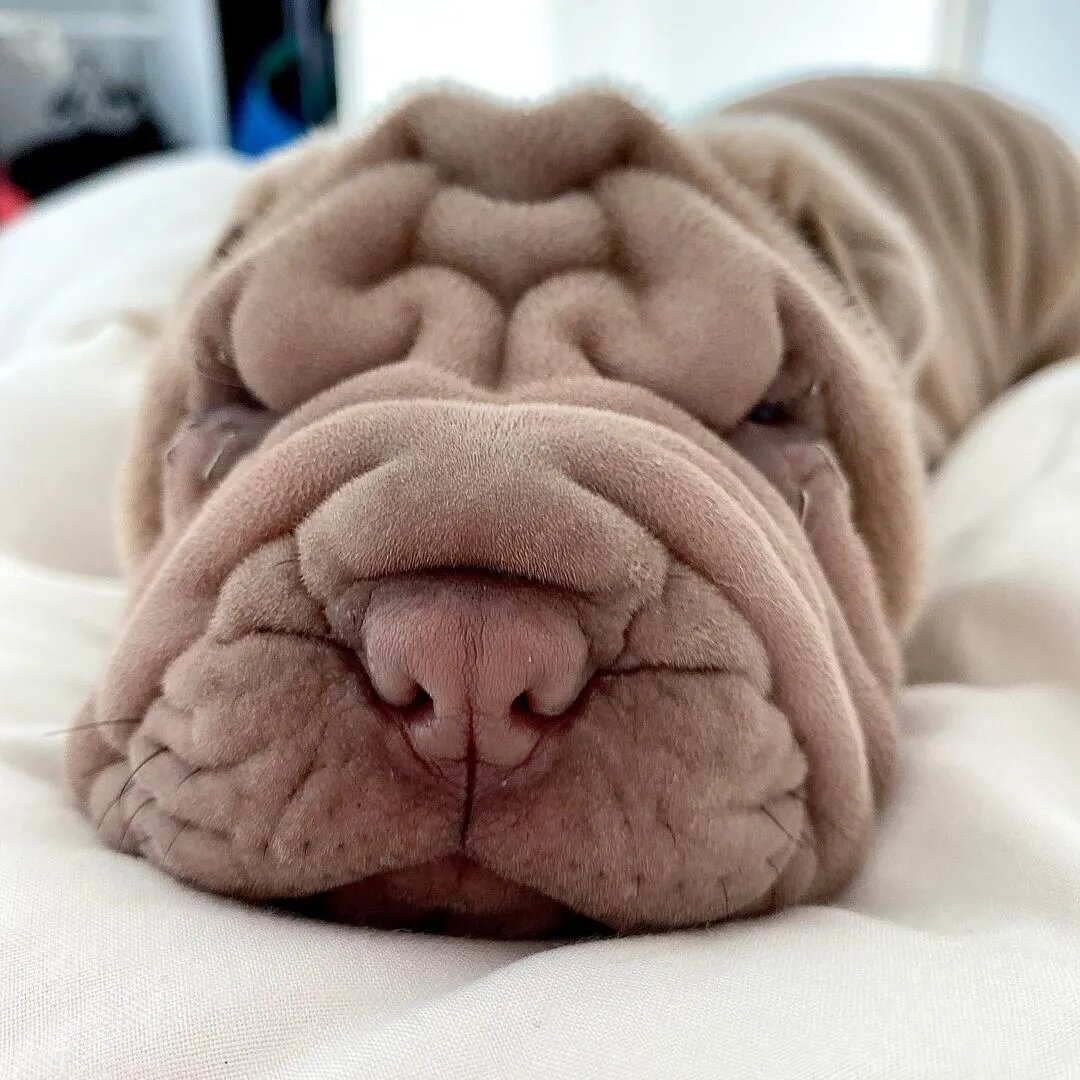 How many folds do you see in the photo? 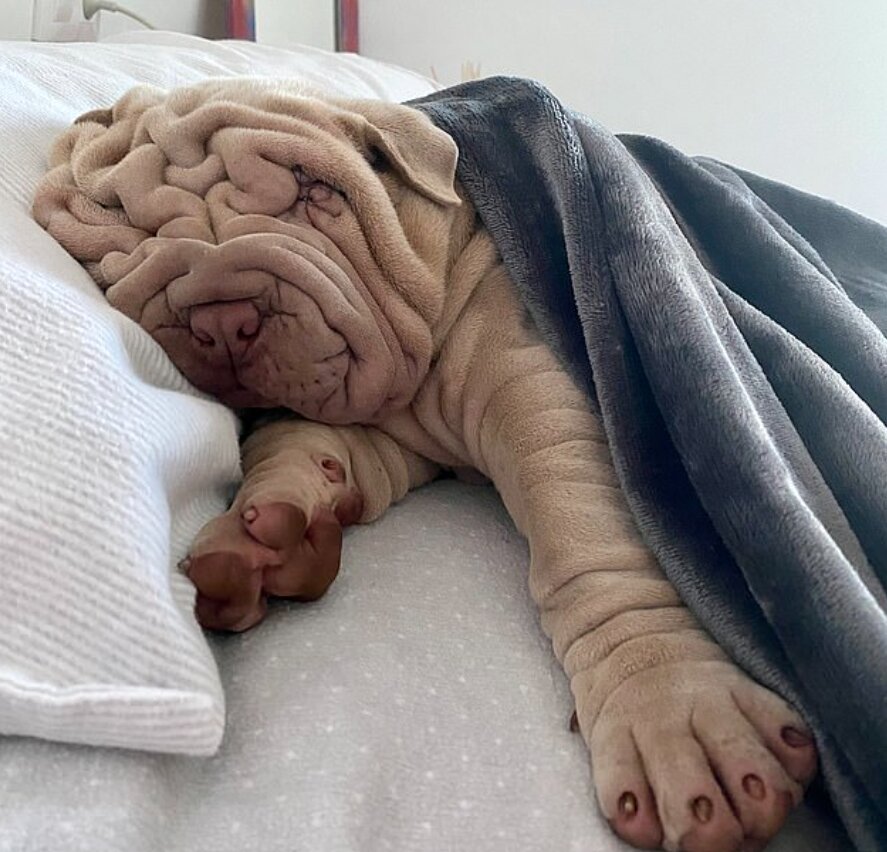 Unfortunately, Harvey has vision problems because of the folds, since the skin around the eyes hangs in excess from birth and the puppies practically do not see anything. This problem is solved surgically by a veterinarian. 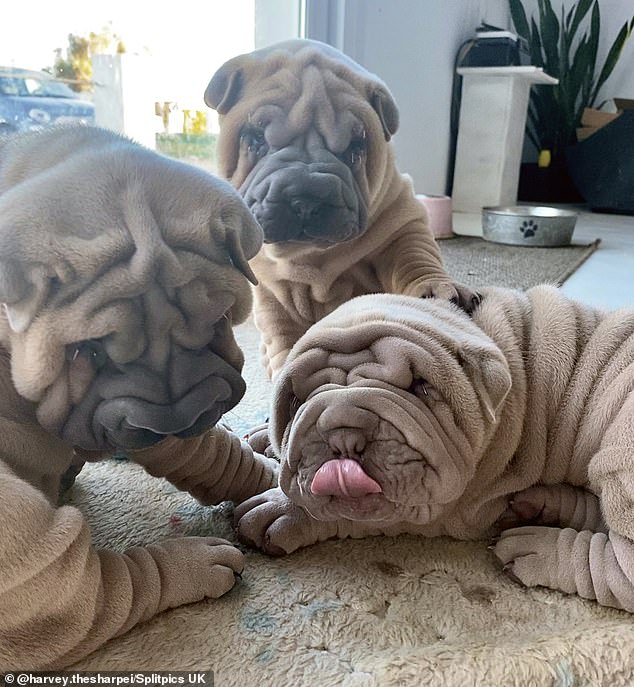 And these are Harvey’s brothers — Don and Louis. 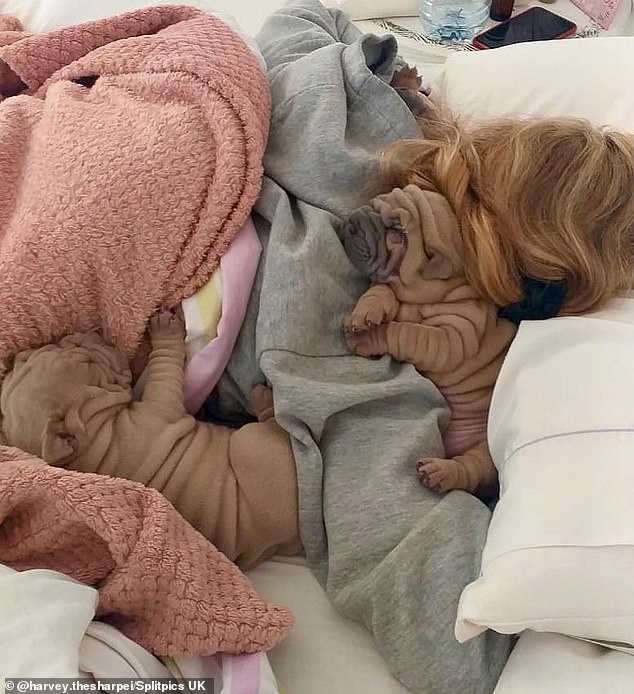