I found out about this dog from the Internet. In the post it was written that the dog is already aged. Because of the disease of the paws, it is difficult for him to move. Therefore, he is forced to sit outside despite the cold. I offered to pay for the services of a veterinarian for the dog. 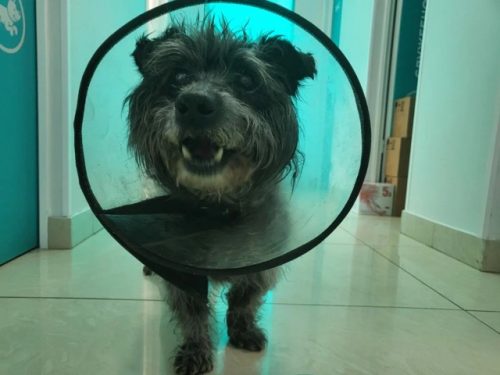 Volunteers took the dog from the street and placed it in a trapping point. Every day the dog was taken to the doctor. But the treatment did not give results. The dog’s health has only worsened. After a while, the dog could not walk at all. The veterinarians said that the paw could no longer be saved. To my surprise, the dog didn’t have a handler. After learning that the dog was left virtually alone with his problem, we took him to our place and took him to other veterinarians for consultation. 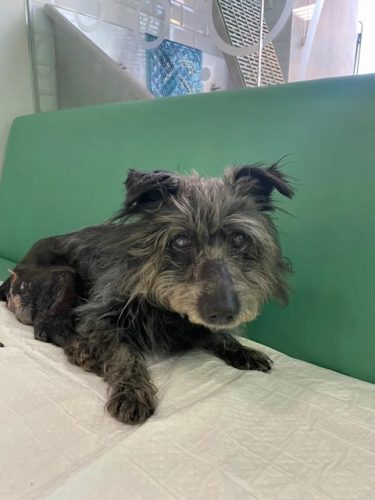 Gosha was already 10 years old. By dog standards, a very respectable age. The treatment was long and difficult. Doctors did not dare to make predictions and at least promise something. The dog endured all the procedures courageously. Life on the street and the bullying to which the dog was subjected left deep imprints on his health.

Until recently, we were afraid to believe in the good news. But the dog was able to cope. The doctors made every effort and literally created a miracle. 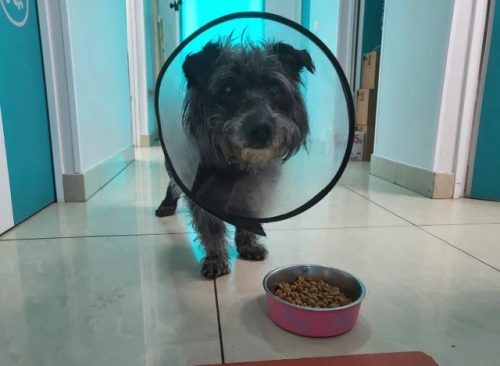 The paw was saved for the dog. He can walk again. When we watched the video in which Gosha goes to meet his curator, tears appeared in everyone’s eyes. Not so long ago, Gosha could not take a step. The dog was winding circles around the corridor, trying to prove to himself that this was not a dream. After taking his first steps, Gosha even smiled. We saw his smile that day for the first time.