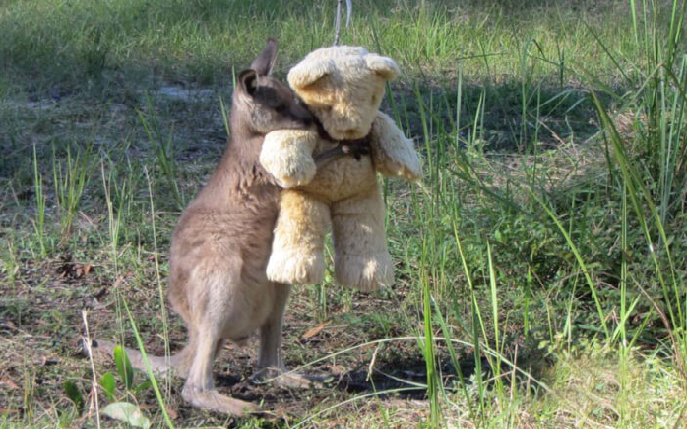 “Maybe the baby fell out of the mother’s bag, or maybe she died,” Beshara says. — He was only a few months old when he was taken into the care of the organization for the protection of wild animals WIRES, which is run by my mother. Since then, she took care of the baby, and he grew up healthy. Now the grown-up animal moves independently within the nearby forest. He sometimes returns to the territory of the organization to eat or hug a favorite toy, as can be seen in these photos.” 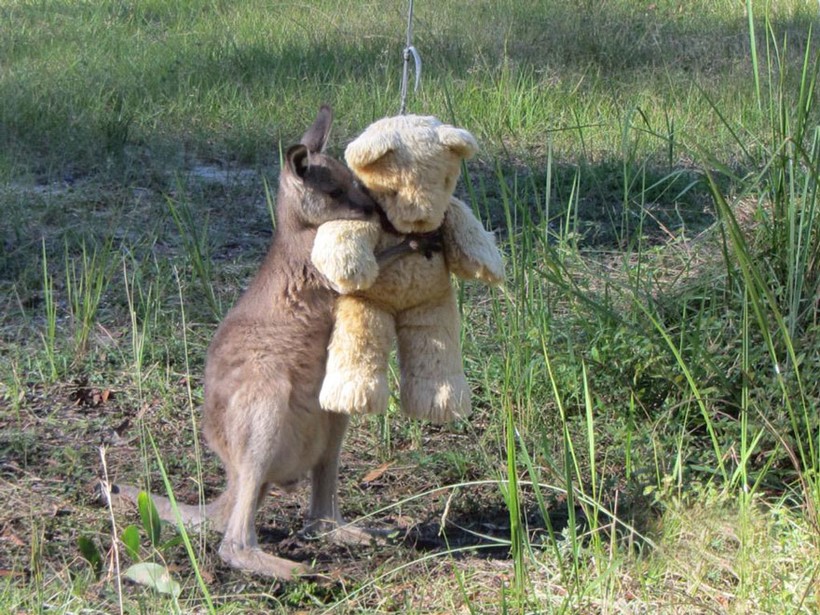 Although Doodlebug is big and healthy enough to come back to the wild, he is still not ready to face the wild world without a little help from Abbott and her organization. Abbott thought that Doodlebug, just like babies, needed a friend to comfort and help him grow. For this reason, she gave him a fuzzy bear to snuggle up with.

“They seem to respond to the toys much in the same way as a toddler. They treat it as a companion,” says Abbott. Doodlebug lost his mom and his home, so no wonder he wants to hug his favorite bear. With the help of his bear, he will recover quickly and return to the wild where he belongs.