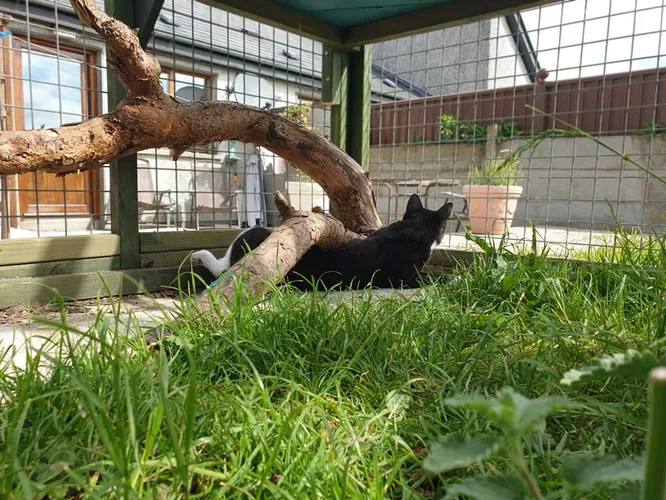 When Derek Roche’s girlfriend offered to take the kitten from the shelter, the man reacted without much enthusiasm. But to please her, he agreed. So Jelly appeared in the house and, according to Derek, he fell in love with her at first sight.

Jelly turned out to be a very curious kitten. Derek often took her for a walk in the yard. Watching with what pleasure the cat walks, the man decided that it would be nice to organize an interesting place for her to relax in the fresh air. 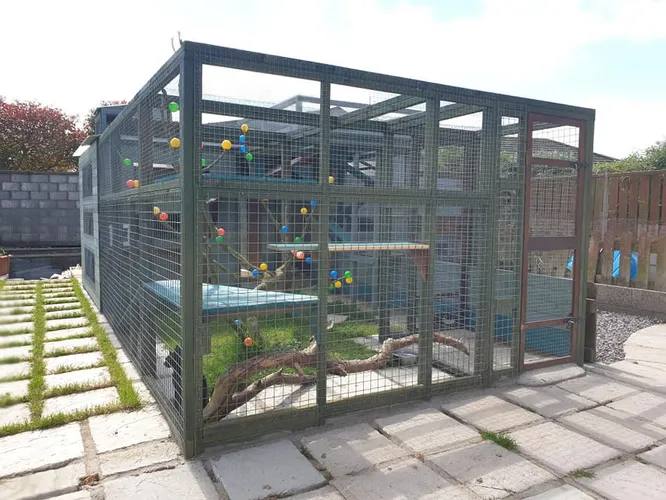 Then Jelly began to have health problems, and the question of creating a playground on the street became more relevant than ever. In addition, Derek and his girlfriend took home two other cats who also wanted to run and play outside. 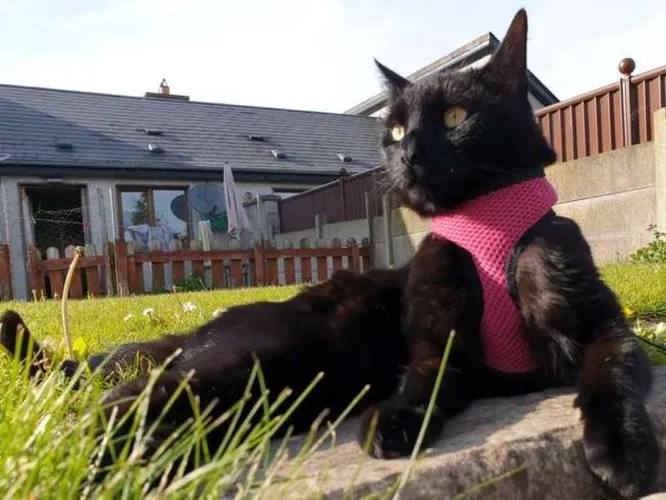 Foster “parents” decided to build a multi-level house for pets with lots of places for quiet and active recreation.

Derek had never done anything like this before. He was literally moving blindly, developing a project of a cat’s “dream house”.

“There were a lot of details to consider,” Derek recalls. Jelly came to the place of work every day, and by her reaction I knew where to find a place to rest. I let her choose where the bridge, doors, etc. would be.

I told people that Jelly became not only my muse, but also a foreman and a design engineer.”