While boating near the shore, Rudy Armstrong suddenly felt that he could not control his body, in particular, move his left arm. The man immediately realized that this was the first sign of a stroke. But he couldn’t reach the phone to call the doctors. With him in the boat was his dog, Bubu, who also realized something strange was happening to his owner. Rudy gathered his strength and slowly asked the dog to call Kim, a local fisherman they had met on their way to the water. 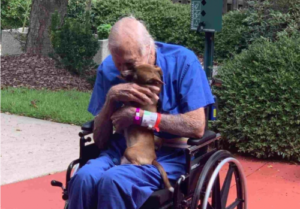 The clever dog immediately rushed to comply with the request. The Chihuahua quickly found Kim and started pulling the man to the boat. Seeing Rudy’s condition, his acquaintance immediately called an ambulance. While Rudy was in the hospital, Kim took over the care of Bubu. 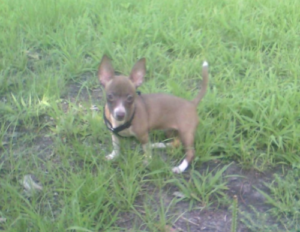 Despite his age and a severe stroke, timely medical care allowed Rudy to move quickly into a period of recovery. 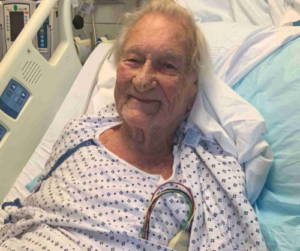 The few weeks of hospitalization were not easy for the man because he missed his pet so much. The first meeting took place as soon as the medics allowed Rudy to go out to the hospital park. 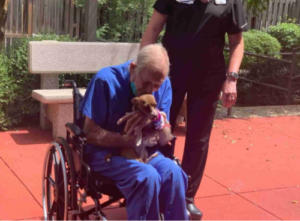 Bubu immediately rushed to his owner, jumping for joy and licking him. Many patients and hospital staff gathered in the park, and many watched the reunion scene of the dog and its owner through tears. 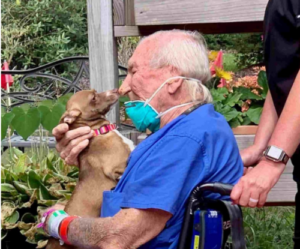 Despite his experiences, Rudy was able to return to his daily life and almost every day he and Bubu can be seen on their beloved boat.