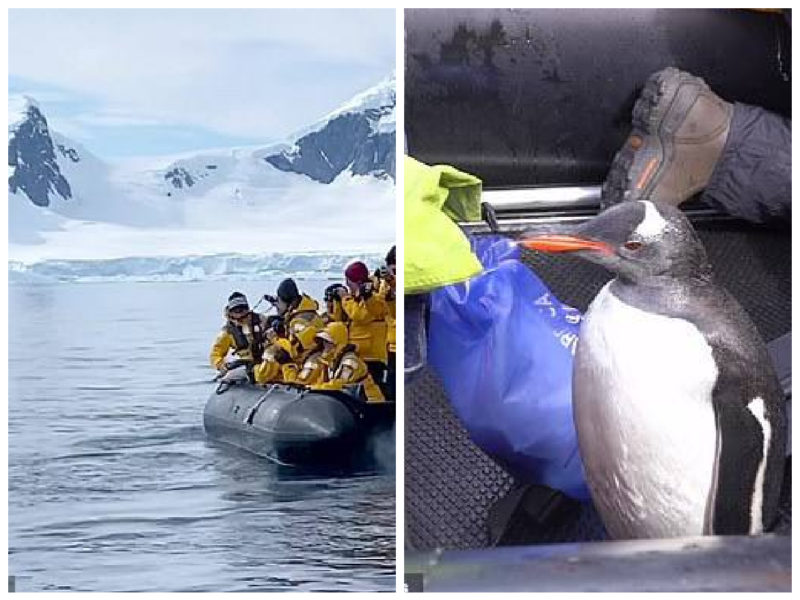 Matt Karsten and his wife Anna are bloggers who talk about their travel adventures. Recently, they witnessed a real chase. 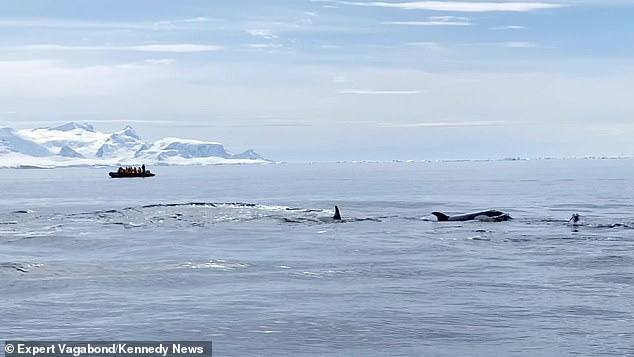 During a tour of the Gerlasha Strait in Antarctica, a flock of killer whales suddenly appeared in the water, chasing a penguin. The poor bird was getting away from the chase and just didn’t know where to hide. 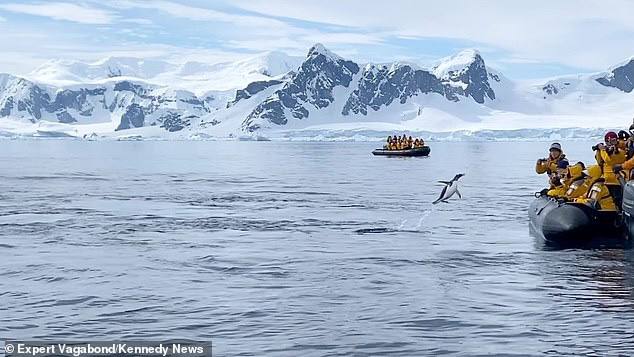 Fortunately, a group of tourists sailing on boats headed to the penguin, trying to save him. And in them the northern bird saw the means of its salvation. 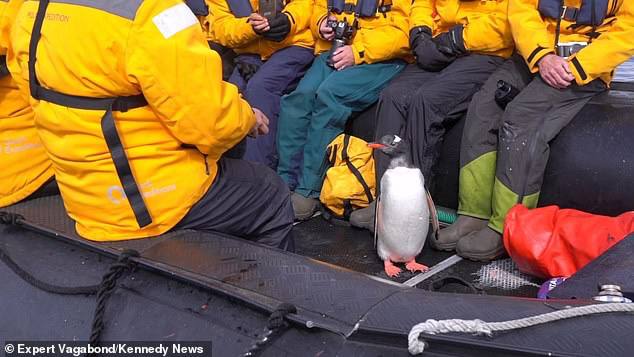 The penguin jumped out of the water and hid there again. The killer whales chased after him and did not give up. The bird tried to jump on one of the boats, but hit its head on the side and fell into the water.

One moment the penguin disappeared. And everyone thought that probably the killer whales still caught up with their prey after the chase.

Then the bird appeared on the surface of the water and made another attempt to get into the boat. And this time successfully. However, one of the passengers had to support the penguin with his hand.

He, not afraid of people and clearly feeling lucky, calmly stood in the boat and looked around. 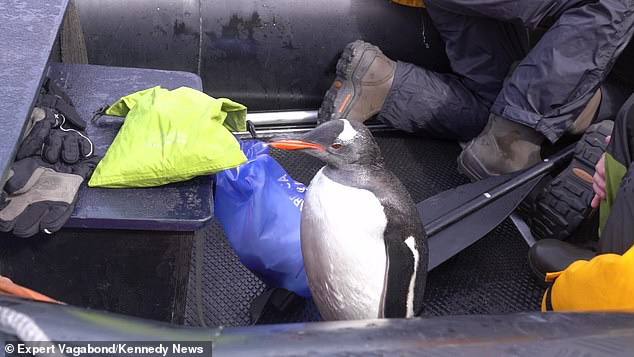 Killer whales circled between the boats for a while. But then they disappeared from sight, realizing that today they could not catch a bird.

The penguin waited for a while, then dived into the strait and most likely returned home.

ANIMALS 0 49 views
Cats are very busy creatures. They sleep all day, endure our caresses, and still