Gordon, a Shiba Inu, grew up in Taiwan. Unfortunately, he had a terrible accident there – he was hit by a car and was left with paralyzed hind legs. This boy had a difficult journey ahead of him.

Born in Taiwan, Gordon was once run over by a hit-and-run driver. Because of the accident and his injuries, Gordon’s hind legs failed and he could not walk properly. 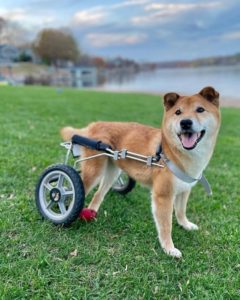 But on his way he met kind people in time. He was helped by local volunteer organizations. They took care of him, and later Gordon began to move around in a special wheelchair that supports the back of his body. Then they started looking for permanent owners for him. Then, a family from the United States saw his photos. They already had a dog, but they couldn’t stop thinking about Gordon. 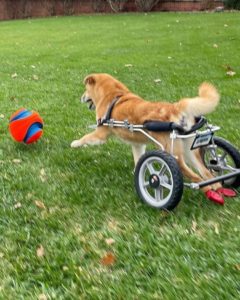 After that, the family decided that Gordon should be with them! They arranged a flight for him from Taiwan to the United States, and they also prepared the house so it would be easy to move around in a wheelchair. That’s how Gordon got loving owners. They fell in love right away.

“We thought we were saving him, and he gave us so much happiness and positivity that we don’t know how to make up for it now,” the owners say. 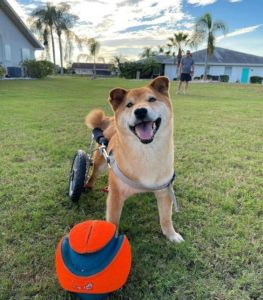 Gordon is 11 years old and recently won PEOPLE’s Cuteest Rescued Dog Contest. He can easily move around in a stroller, loves to run, play with a ball, and frolic on the lawn, enjoying life to the fullest. This happy dog is a joy to be around! 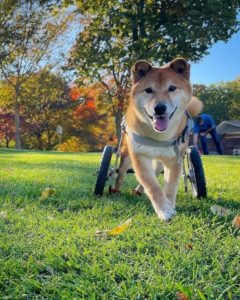 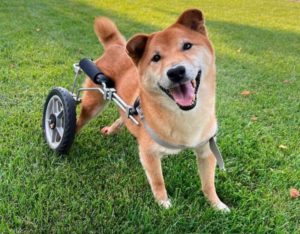