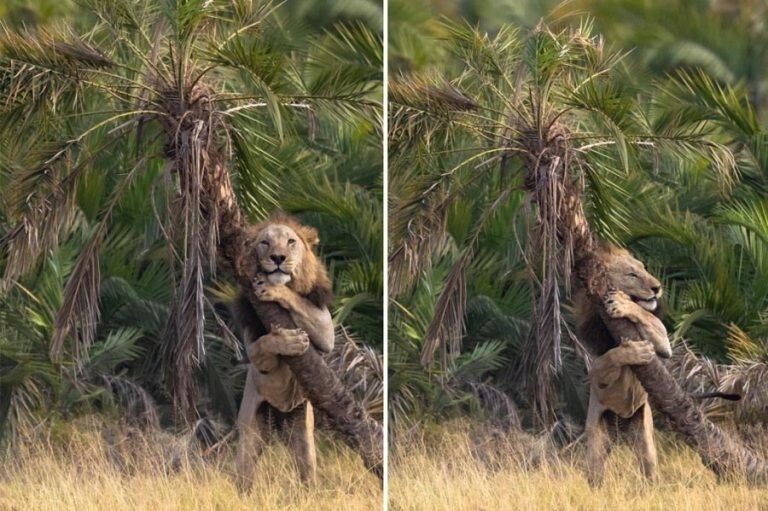 This unusual shot in Amboseli National Park in Kenya was taken by Brazilian photographer Julius Dadalti. “I think he was marking his territory,” the man said.
“I was watching a beautiful pride in which several cubs were playing with two moms.” “The king was lying down and behaved lazily, after that he decided to take a walk. After a few seconds, the lion returned and started playing with the palm tree.It was a funny and absolutely beautiful sight, because it was like a show. Sometimes he even looked at me.”

“Amboseli lions are great at this time of year,” he added. “There is no doubt that these are amazing animals.”