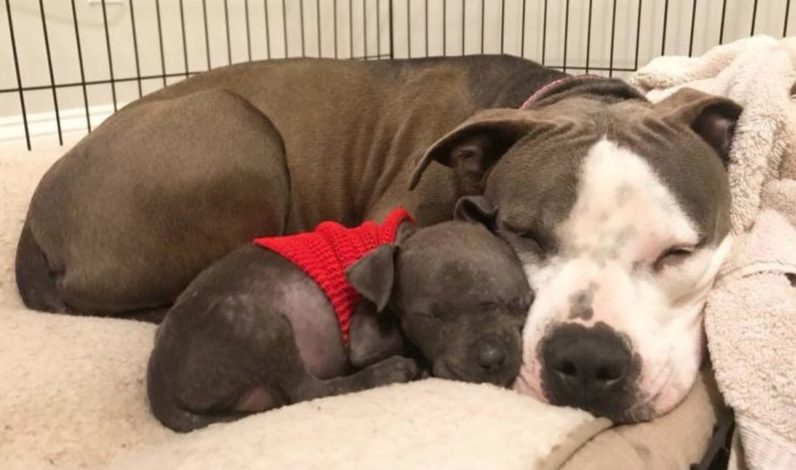 Two unfortunate stray dogs overcame the hardships of life and found solace in each other.

This heartbreaking story touched the hearts of many, showing how love, kindness and devotion can help overcome all obstacles in life.

A stray dog walking through the streets of York, South Carolina, was spotted by animal control officers. It was very cold at night. 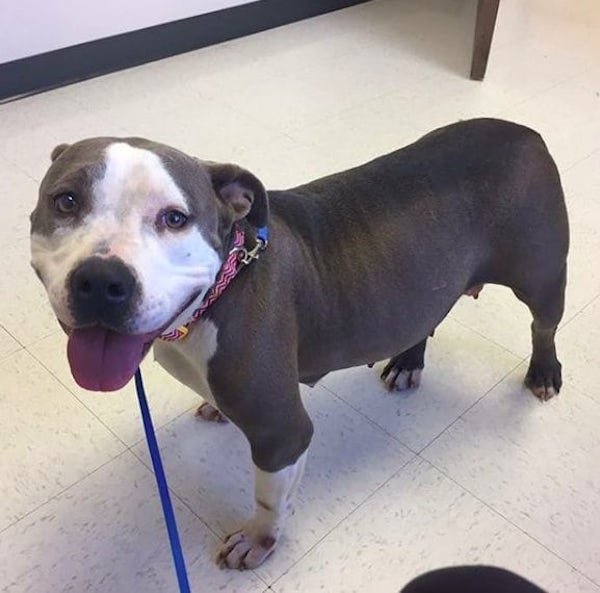 The officers noticed that Dai Ya was pregnant. Therefore, she needed shelter as soon as possible.

Rescuers immediately took her under their control.
Soon a medical examination showed that the poor dog had problems, and she needed an urgent operation.

Not only her future children were in danger, but also her life. 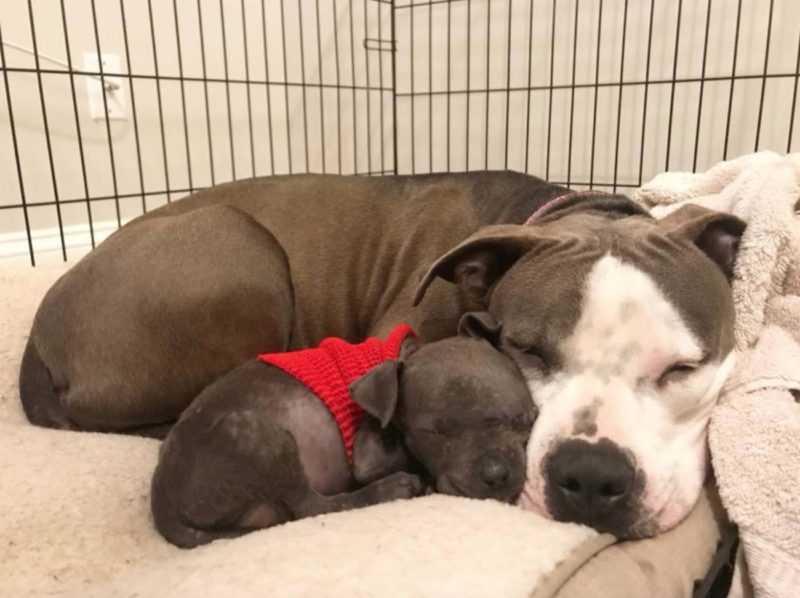 Unfortunately, poor Dai Ya lost her children. And fortunately, she was able to survive. But the poor dog’s heart was broken. She looked so sad and unhappy.

But everything changed when one day a rescued black orphan puppy arrived at the shelter. He looked very scared, confused and unhappy.

He was also found on the streets of York. The little puppy named Raisin clearly had a hard time. One of his eyes was seriously damaged. 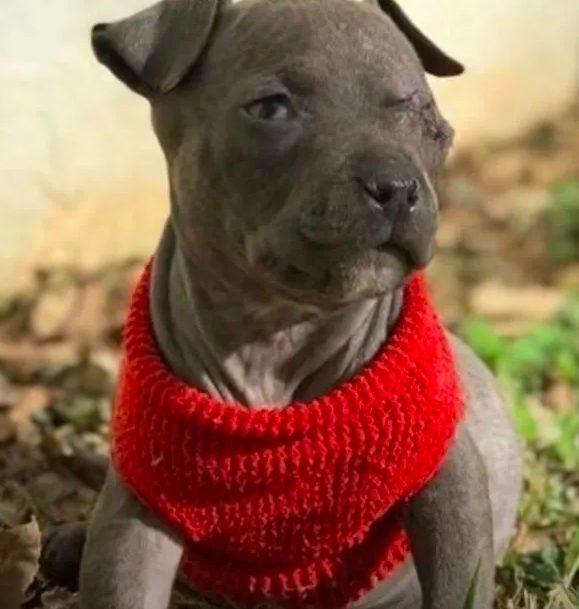 When Halfway Rescue workers brought Raisin to the pit bull, something wonderful happened.

Dai Ya immediately accepted the poor puppy, as if seeing in him her unborn child. And Raisin, deprived of maternal love, suddenly found solace. 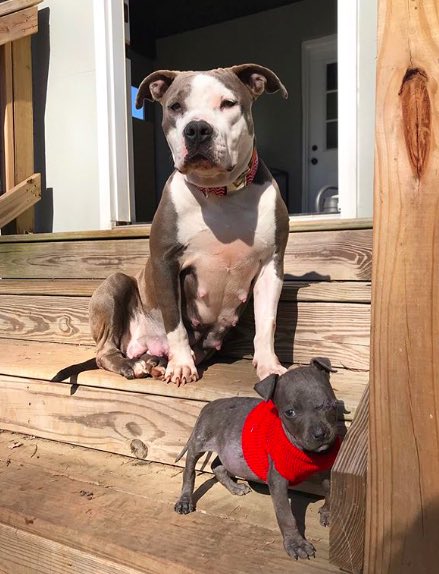 It looks like the two broken parts have been fixed. Their wonderful relationship seemed to heal them both.

Later, Dai Ya and Raisin were adopted and found a wonderful new home.