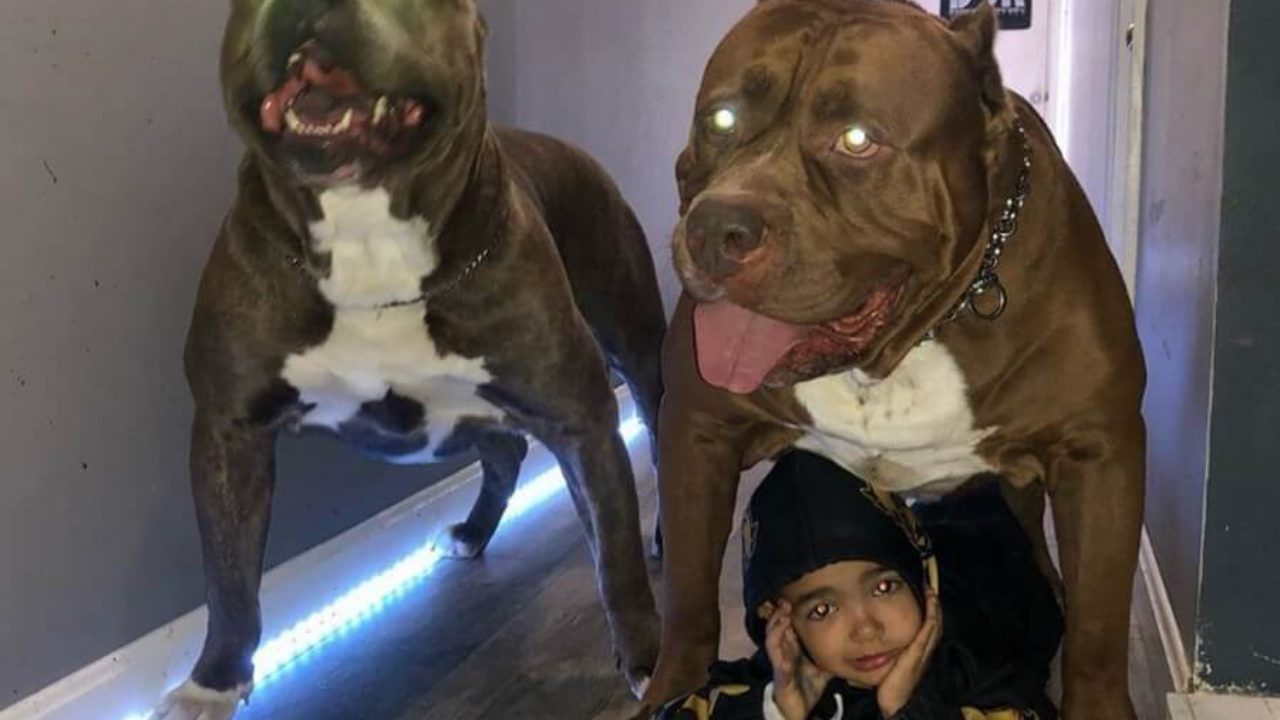 A nickname for a dog is a very important point. It happens that the nickname does not go with the dog in any way, but the pit bull Hulk just perfectly matches his name. He is huge, scary and very kind inside.

The Hulk looks very impressive and is one of the largest pit bulls in the world.

Hulk is already six years old.Next to other “relatives” he looks like a real giant.And the owners against the background of Hulk are not very impressive in size.

Despite his intimidating appearance, Hulk is kind and affectionate at home. The owners – Marlon and Lisa Grennan – are engaged in breeding and training dogs.So the 81-kilogram pit bull Hulk is really a well-mannered dog.

Hulk is the head of a large dog family.He has many children and grandchildren, but no one has surpassed Hulk in size. In general, Hulk only needs to appear so that the enemy has lost all sorts of aggressive intentions.

But he is friendly and gentle with his own, the owners calmly leave him to play with their children.