It’s hard to believe this, but despite the fact that everyone knows about the serious consequences, people still leave their dogs in hot cars. Even on a cloudy day, locked cars can quickly heat up to extreme temperatures. On a 24-degree day, the temperature inside the car can reach 45 degrees in just 30 minutes. 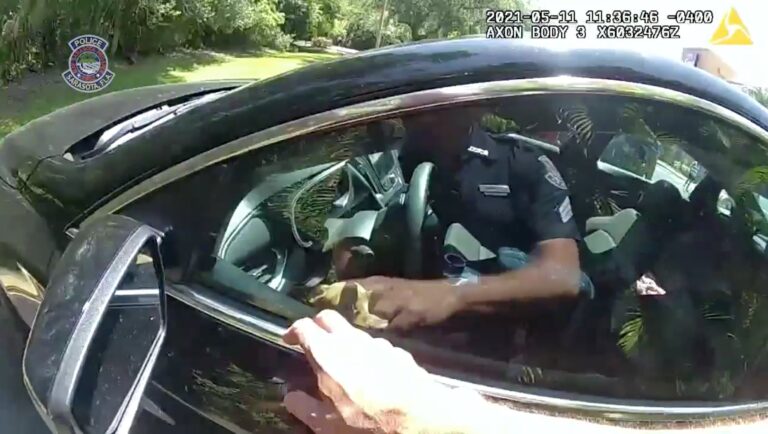 When Sarasota police responded to a call about a dog left in a parked car, they realized what was going on. Dogs are very sensitive to heat, and heat stroke can begin if their temperature reaches 36 degrees. This is a potentially life-threatening situation for a dog. And she can get seriously ill and even die within a few minutes.

Footage from a television camera taken by one of the officers at the scene shows how they carried out an incredible rescue operation. The officer, looking out of the car window, notes:”He looks a little angry.” Another replies: “I would too.” Knowing how to act in this situation, the officers prepared to break the rear window.

A police sergeant saw a poor overheated puppy trying to find the coolest place in the car. He distracted the dog so that another policeman could break the window on the other side without hurting him. 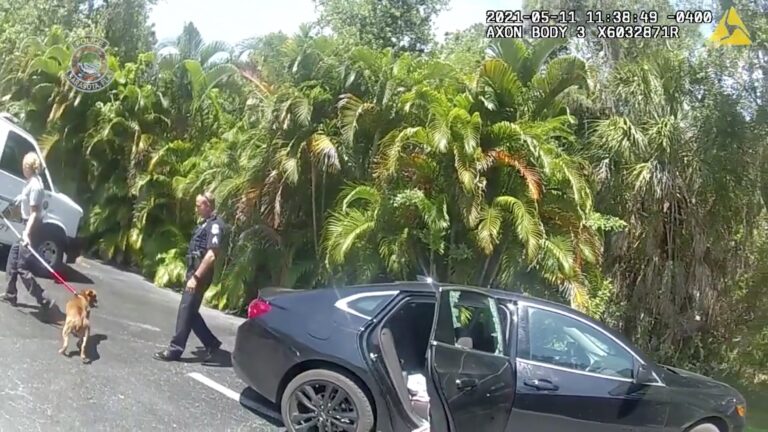 Breaking the glass, the officer was able to open the door. By the time they opened the door, the police determined that the temperature in the car had reached 45 degrees. Without appropriate rescue actions, this dog could have died from the heat. 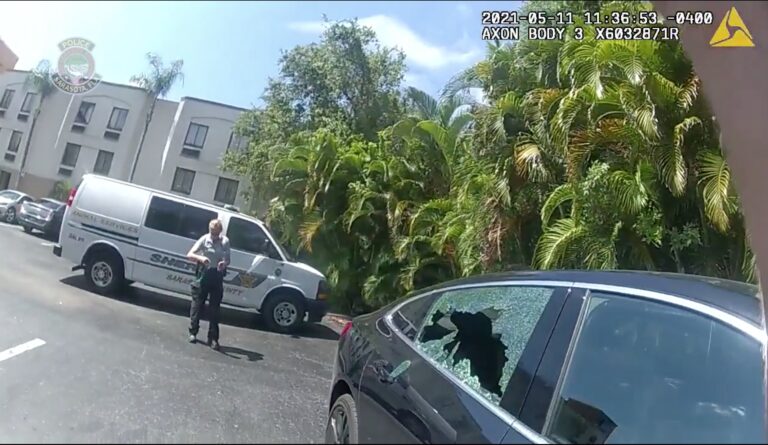 “We are grateful that someone noticed that this dog was in distress and called 911. When our officer and sergeant arrived, it was very hot in the car and we knew that the dog needed help immediately. “