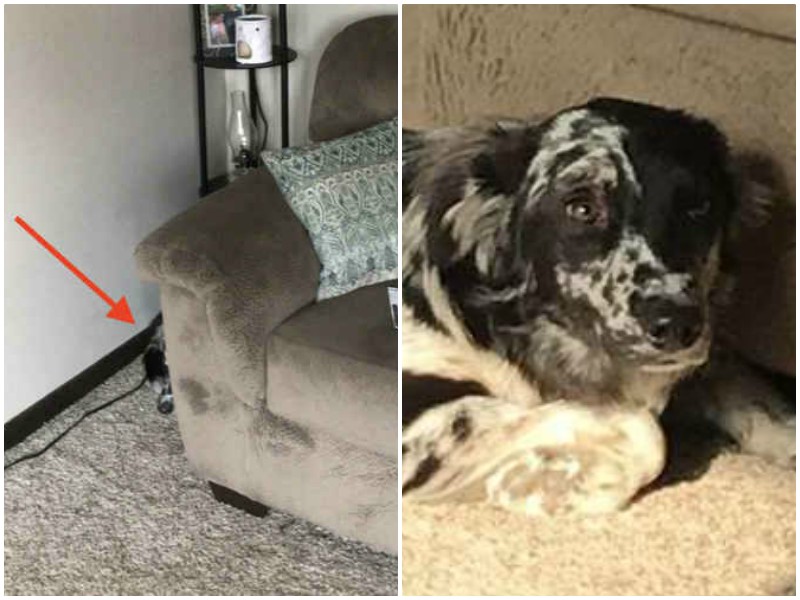 The vets couldn’t bear to euthanise this sweet but terrifying creature and found a home for her. The dog’s troubled past left a mark on her — every loud noise made her hide behind the sofa, trembling with fear… But a kind family managed to find a home for this beauty.

When Meira was just a puppy, her owner took her to the vet clinic in Missouri to have her euthanised — the reason being that she was constantly preying on the neighbour’s chickens. 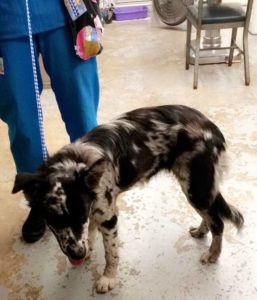 But the vets couldn’t bear to send her to her death. Instead of this fate, they decided to find a home for her.

They soon found a temporary home for Meira. She was malnourished, battered and very timid, but she quickly found a common language with the local rescued dogs.

Volunteers decided that the sociable dog needed a companion — so they started looking for a family for Meira to live with another dog. 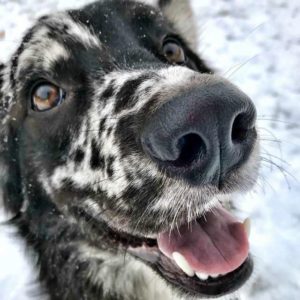 At the time, a local woman named Brenna was looking for a doggy friend for her pet, and without a doubt Meira was the choice. When they saw her, they immediately fell in love with the cutie! The new owners were aware that Meira had fears and worries about her difficult past. But they didn’t expect things to be so messed up… 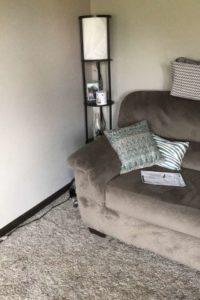 When the dog was first brought into her new home, she immediately ran into the room and hid behind the sofa trembling with fear. A frightened Meira didn’t come out of her hiding place for a long time — it was obviously very stressful for her. Then the family realised how badly the beauty had once been treated. 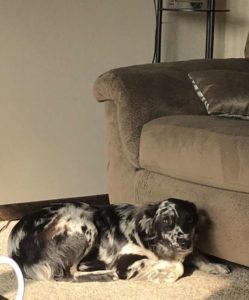 «Her skittishness and reactions to loud noises, and even a hair brush, made us realise that she had been abused a lot before,» says owner Brenna. — «She would immediately hide anywhere, sit there and shiver in fear.»

Fortunately, with time Meira became bolder — she no longer hid behind the sofa and was calmer. The new owners found a way to get to know her, and gradually gained her trust. 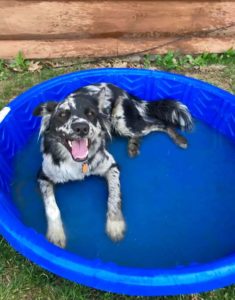 Meira has been with her new family for a year now, and she is the exact opposite of the once battered and fearful dog. She is very affectionate, sociable, playful, incredibly fond of people and loves making new friends. She is happy, just look at that happy face.
Carly, her new family’s dog, played an important role in Meira’s recovery from a difficult past. 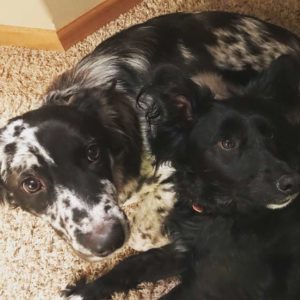 «She gets on very well with Carly,» say the owners. — «They could play for hours, chasing each other endlessly. When Meira was afraid of something, Carly always calmed her down.»

Though Meira still has a bit of an emotional problem, her family and new baby sister are there to help her. She is now where she should be — in a loving family where she will never be hurt!