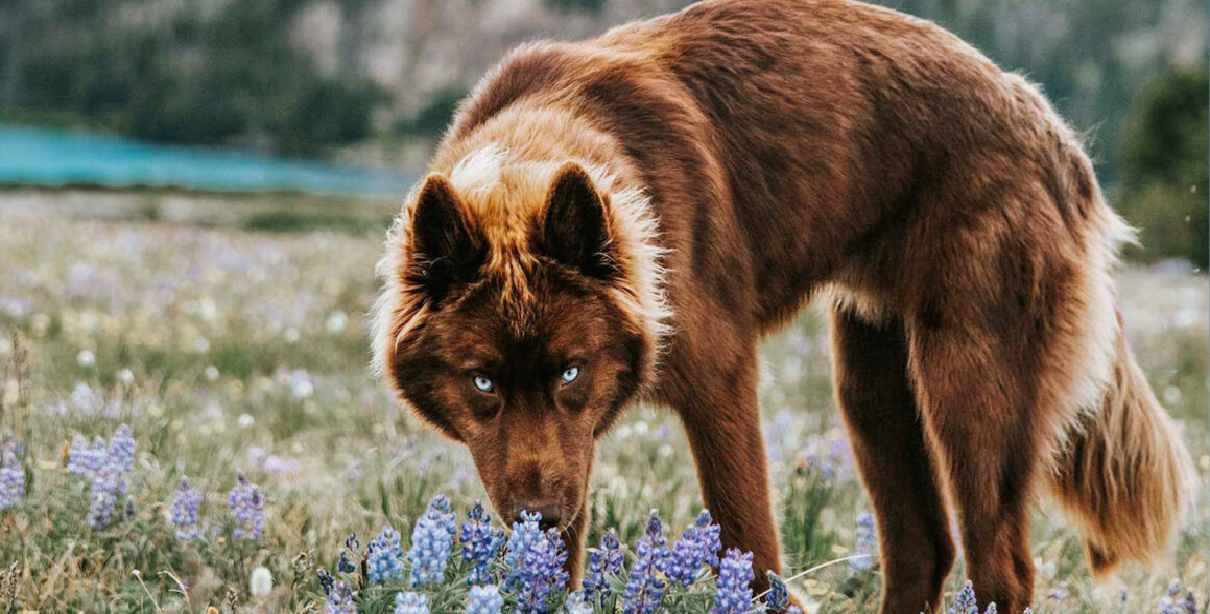 Quoi, a Husky from the United States, is different from other dogs in his breed because he has a unique chocolate color. The incredible combination of the brown coat and blue eyes is fascinating, which is why Quoi has already gained a crowd of millions of fans. The owner travels around the states and posts photos of her unique husky from her trips. 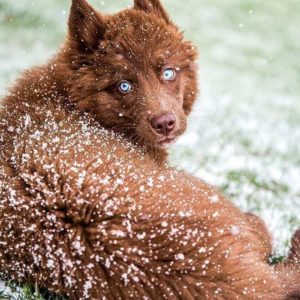 A handsome husky named SeQuoi Tenk or Quoi for short is not just good-looking, he’s irresistible! He could easily be mistaken for a wild wolf – with his piercing blue eyes and soft chocolate fur. However, he is 100% purebred Husky. 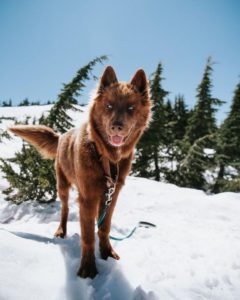 Wolf hair suits his nomadic lifestyle well: he travels around the states of America in search of a new home with his owner Nikki, who posts photos of him on Instagram and collects thousands of likes and enthusiastic comments. 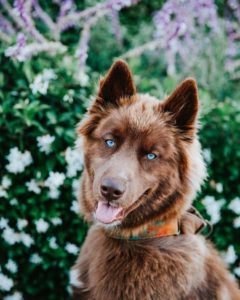 ” SeQuoi Tenk” may seem like a strange name, until you learn the meaning. ” SeQuoi” comes from “sequoia”-his owner has put a special meaning into her husky’s name. She wants her dog to be as strong, strong and healthy as a sequoia tree. “Tenko,” on the other hand, means “heavenly/divine fox” in Japanese.

“I wanted to combine these two concepts – strong and sweet – in one name. That’s how SeKwoy Tenk was “born.” 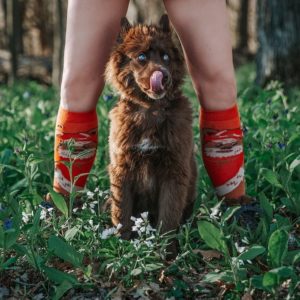 Quoi is almost entirely brown, except for a small white spot on his chest. Brown huskies are extremely rare, so it’s not surprising that Quoi attracts a lot of attention.

“Everywhere we go, people stop and want to pet him,” Nikki says.

“Strangers ask me at least three or five times, ‘What breed is that?’ and when I answer ‘Siberian Husky,’ no one believes me. However, he is 100% Siberian Husky.” 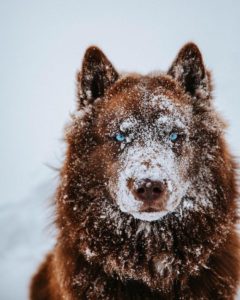 Nikki originally wanted to get an old dog from a shelter. But since she didn’t currently have a permanent home, she struggled to get permission from the animal shelter she was in contact with. 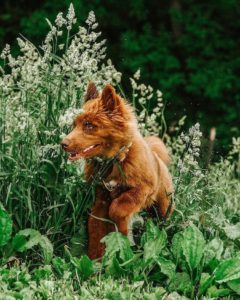 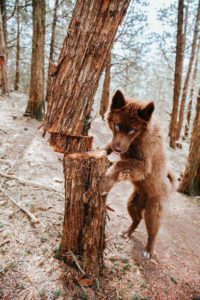 Quoi knows how to pose, here he looks like a “woolly wolf”! 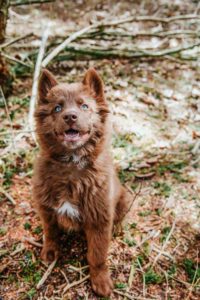