Everyone knows that elephants are intelligent animals. They are also social animals that roam with their herd and cannot live alone in the wild.

The elephant, rejected by his herd, found solace in the service dog Ellie. 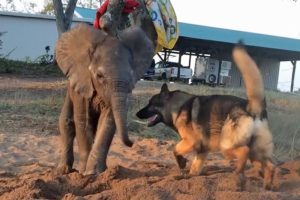 He was abandoned by his relatives because he was sick. He could not have survived alone in such a situation!

However, he was found by the Rhino organization and taken to the Zululand sanctuary where he will be cared for. 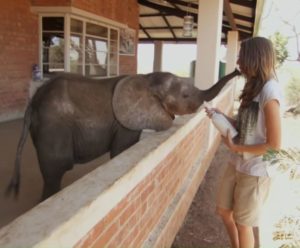 Here it was discovered that the elephant was allergic to milk. Then instead of milk they started feeding him well-cooked rice mixed with various additives.

Fortunately, he began to get better and was soon at his normal weight. But there was another problem, he felt lonely. 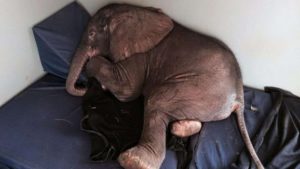 A dog named Ellie solved this problem. They immediately became friends and were inseparable.

The elephant was now happy. Ellie helped him overcome his grief and loneliness.