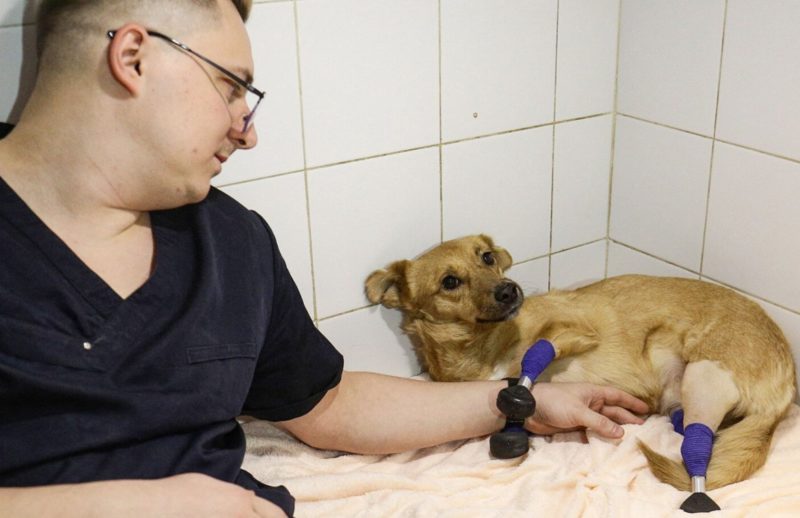 The dog was taken to the city veterinary clinic, where doctors fought for the life of the crippled animal for more than 10 days.

Monica came to her senses. But it became clear that she would never be able to walk on stumps. Usually dogs and cats who have lost limbs are put to sleep. And Monica didn’t have any paws at all.

But caring people decided to fight for her life to the end. On the Internet, volunteers found information about Novosibirsk veterinarian Sergey Gorshkov. A few years ago, for the first time in Russia, he installed four artificial paws at once for the cat Ginger and the cat Haze who froze their limbs.

“The new paws were modeled by us on an individual digital model and printed from titanium vanadium on a 3D printer,” says Sergey Gorshkov. “To prevent rejection, the implants were treated with a special bio-coating. It makes the implant similar in properties to a “living” bone.” 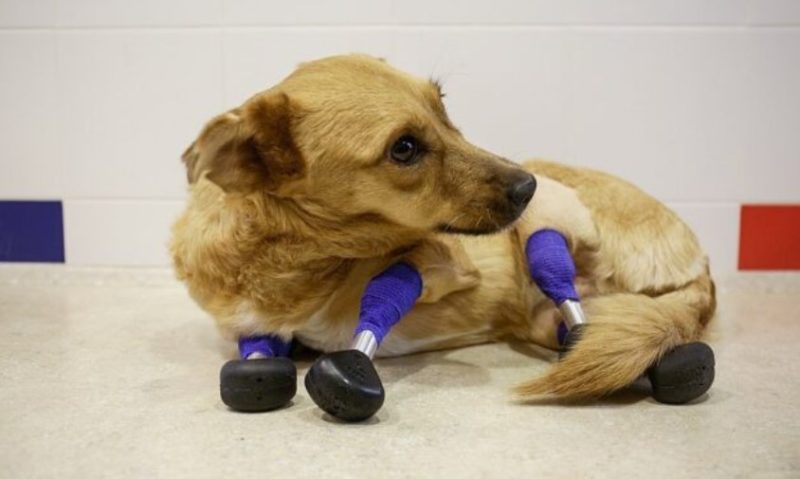 And now, 10 days after the operation, Monica took the first steps.

Every day she moves more and more confidently, her paws heal well.

The patient is already walking outside on her own. She waves her tail affably to doctors and nurses. Jokingly at the clinic, she is called the first robodog in the world.