This story could be considered truly magical. It all started on an ordinary cloudy day when people went to the cemetery. There they noticed a tiny puppy who was clearly something wrong with him. He was not spatially oriented well and was wandering around the unsafe area all alone.

Fortunately, people were not indifferent and decided to take the puppy to the shelter. There he was admitted and examined. The veterinarians drew a disappointing conclusion: the patient’s eyeballs had not developed, so he would never be able to see. 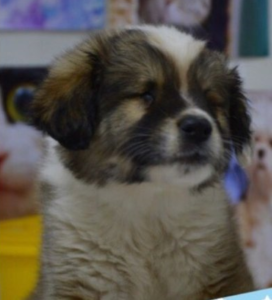 Despite this, the puppy was active and energetic. He was not particularly hampered by his disability. Unlike humans, animals can’t realize that they are inferior in some way, so they simply adapt to the conditions that life gives them. And so behaved this wonderful baby. He was named Prosha.

Within a few months of living at the shelter, Prosha had grown into a gorgeous and bright beauty. He learned to live without sight, turning on the full power of his sense of smell. There was so much positivity and sunshine in this doggie that any of his healthiest siblings would have been the envy of him! 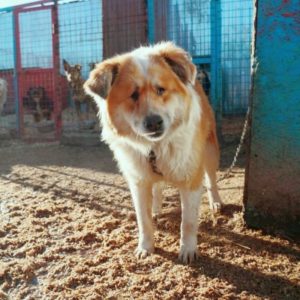 Handsome Prosha became a real favorite of the orphanage and everyone who visited it. He loved to play, met every day cheerfully and never got discouraged. Of course, the staff understood that finding a home for such a special doggie would not be easy, but they tried to believe in the best. 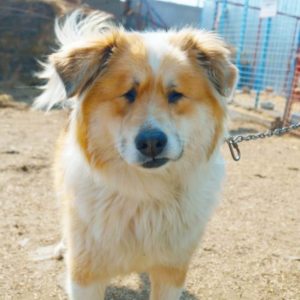 Months and even years went by, and Prosha continued to live at the shelter. Whenever anyone paid attention to him, he immediately turned his cute little face, jumped up for cuddles, wagged his tail. There was no aggression or sadness in him, and nothing prevented him from leading a full of emotions life. 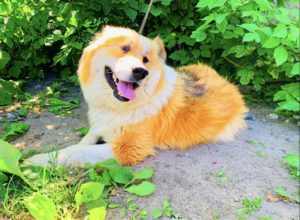 One day a girl came to the shelter to meet Prosha. She was looking at the dog and assessing her chances, attending classes with the dog handler along with Prosha, letting him get used to his scent. 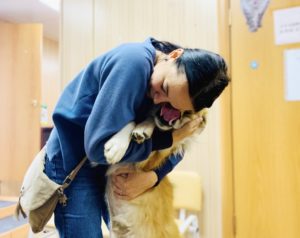 And now, just recently, something happened that both the volunteers and Prosha had been waiting for. Our hero is now a pet! The owner grew very fond of the dog and became attached to him. He now lives with her. 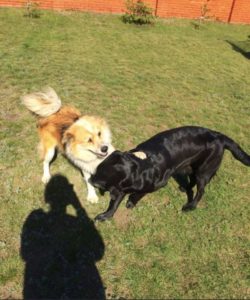 At home Prosha has a friend, Penny. She helps him get used to home life, tells him where and what to find, and keeps him company for games.

Prosha’s story is touching and wonderful, full of kindness and light, which we all lack sometimes. Even the most special dogs need a home — they are no less worthy of love than their relatives.