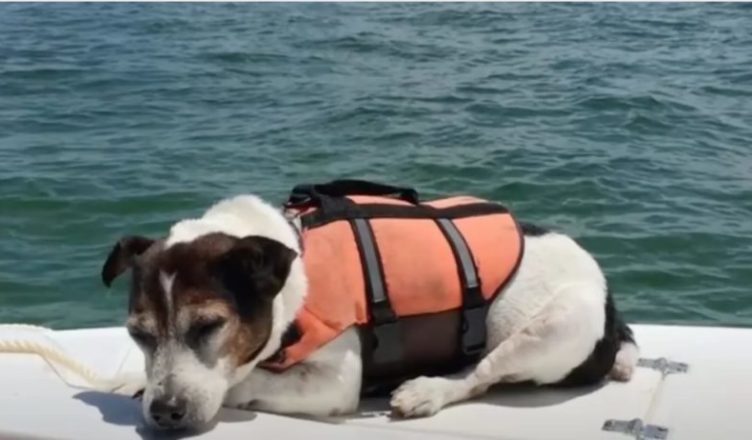 This story is wonderful because this little Jack Russell Terrier was rescued by a cute couple celebrating a birthday in the area. Indeed, miracles happen!

This little dog in a life jacket swam for three hours in the Gulf of Mexico.
15-pound Terrier Jack Russell fell overboard in a vast bay near Hernando Beach. 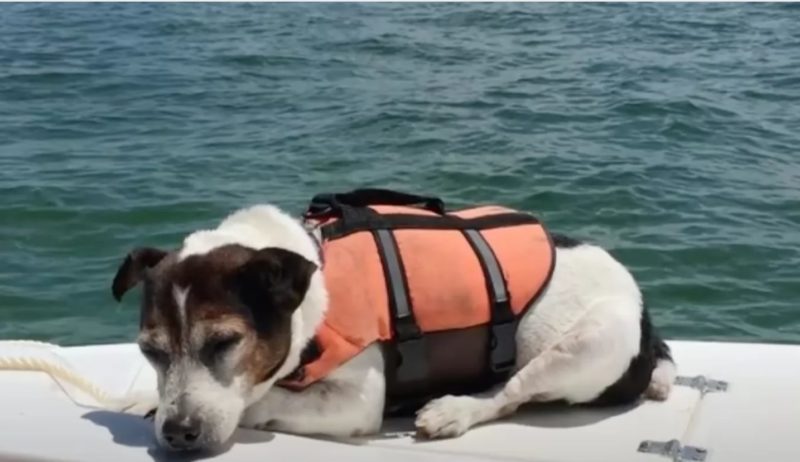 This poor dog struggled to keep his head above water, wanting to be rescued soon.

Two couples celebrating an anniversary on a boat did not expect to become rescuers today.
These couples have a tradition on their birthday: to go boating. But they never expected to see a little dog swimming on the water. They were sailing five miles from Hernando Beach until Bruce Knecht saw something floating in the sea. 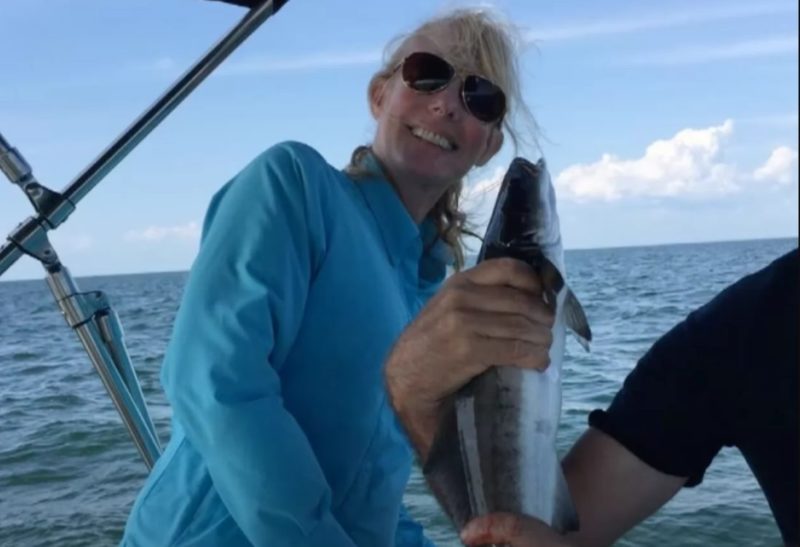 At first they thought it was a buoy. But then they realized he was moving!
So, they went up to that «buoy» and took a closer look.

And, oh my God, they saw a little dog holding its muzzle above the water.It was wearing a tiny orange life jacket. The couple said that if they were not about five feet away, they would not have been able to see this dog fighting for life. 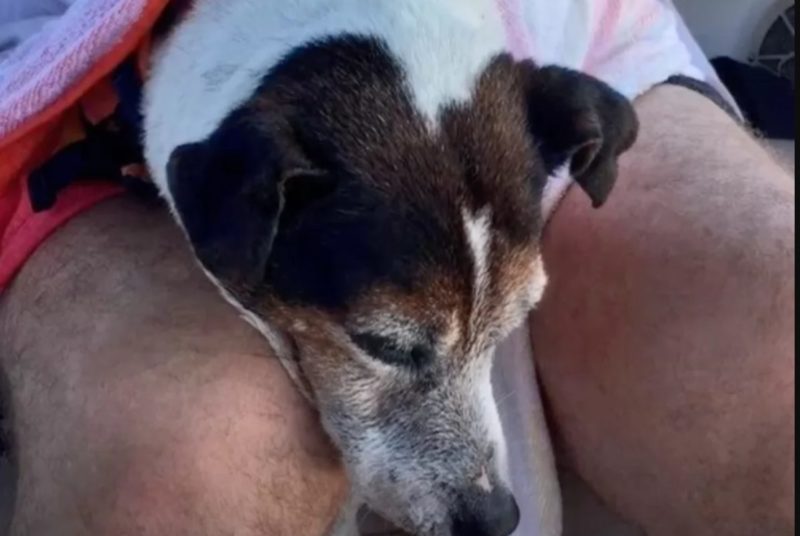 When the terrier saw the approaching boat, he immediately began to row and swim to the boat. 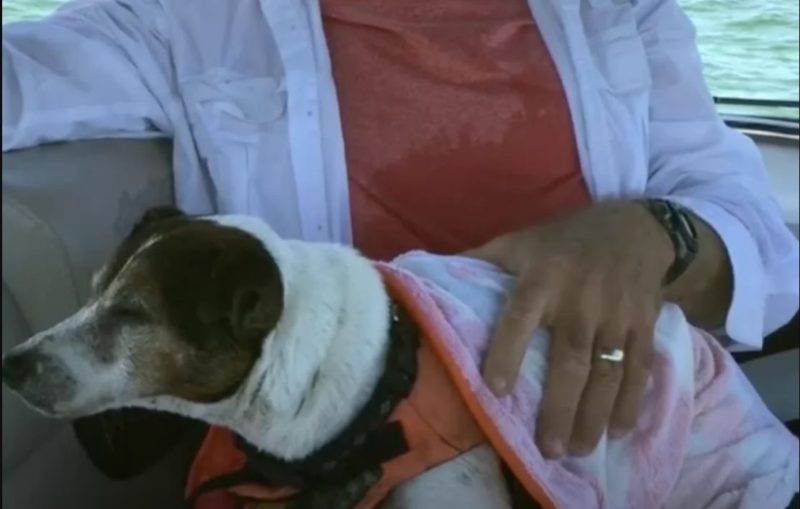 Meanwhile, rescuers radioed in and informed the Coast Guard that they had found a small dog floating on the waves in the Gulf of Mexico near Hernando Beach.