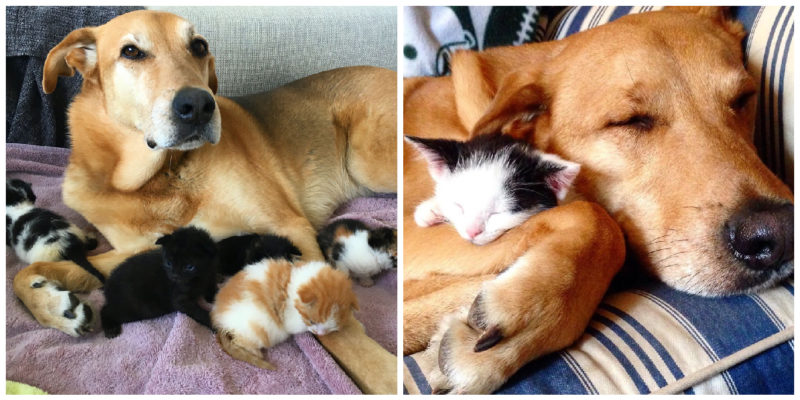 The owner of this cute dog has arranged a real shelter in her house. She took in the little kittens that were abandoned, and began to take care of them. According to her, she will keep them until good owners are found. And her dog helps her in this matter, who knows best what it means to be lonely. The dog’s name is Rylan. He treats kittens very tenderly and even became a dad for them.

Rylan’s story is actually very touching. About nine years ago, a man took him to a shelter. He told the doctors to give him an injection, which would be his last. However, the shelter workers saw what an energetic and bright dog he was. Besides, he was quite healthy. They didn’t want to give him an injection and put him on the waiting list. 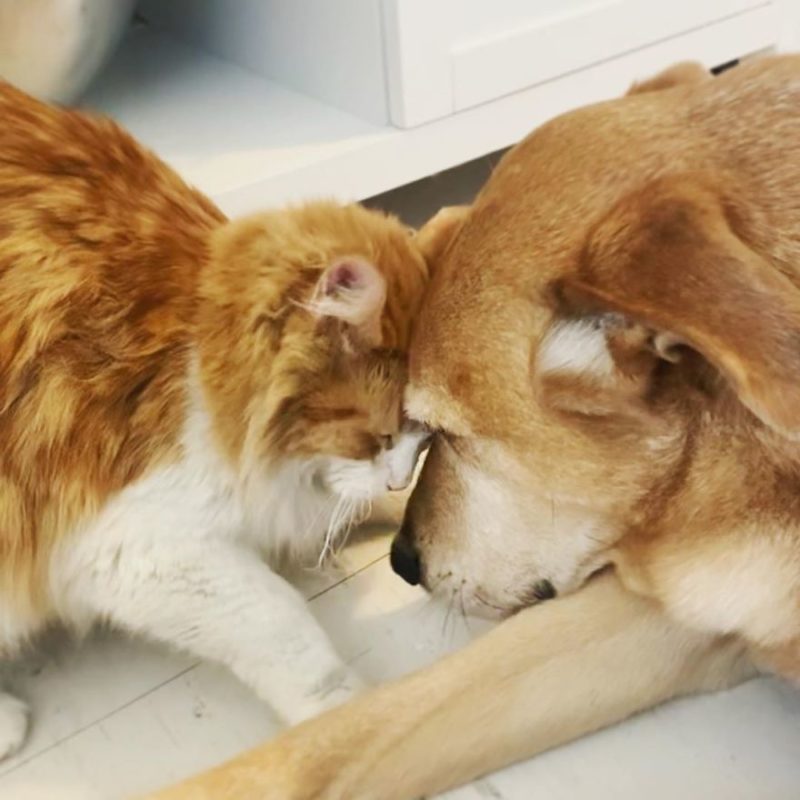 Fortunately, a nice woman who came to the shelter for a dog decided to take him. Thus, she saved his life. Rylan has been living with this woman for many years. Over the years, they have saved the lives of more than dozens of helpless kittens. 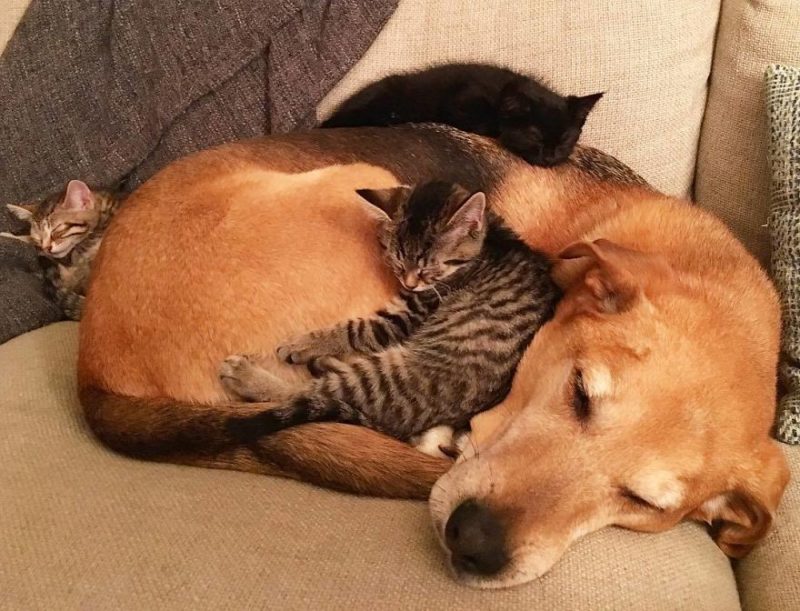 The dog gives the kittens all his love, from which he was deprived once. He also gives them strong care that they have never received. Rylan plays with them a lot, monitors their nutrition and protects them from everyone. It can be said that he does all the duties that parents should do. According to the owner, he is very patient in dealing with kittens. Rylan started playing with them when he was 3 years old.He is a very good and intelligent dog. Despite the fact that he went through a lot, he remained just as good and kind.