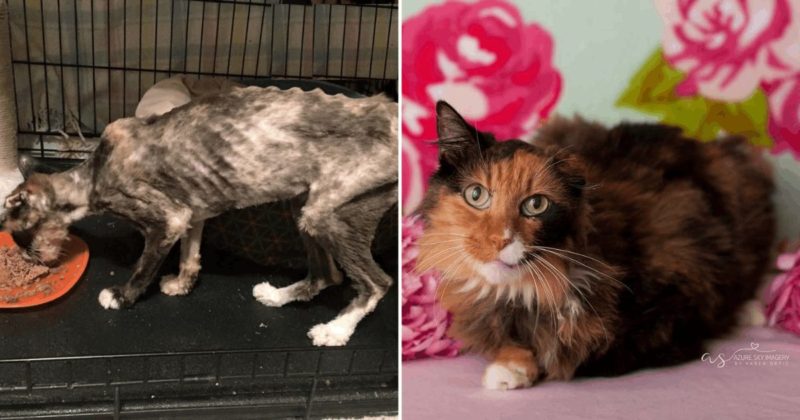 Many rescue stories start with kittens, but the reality is that as many (if not more) adult and elderly cats need a loving home.

So it was with Raggedy Ann, a frail and frightened 14-year-old cat.

Raggedy Ann was discovered by a local animal welfare society locked in a mobile home along with 40 other cats and two dogs in Chandler, Arizona.

All the animals were severely malnourished and were in a neglected state. The workers of the Humane Society had no time to waste.

They were afraid that poor Ann might die. Therefore, they posted her photo on the Internet, desperately hoping that rescuers would offer some help. 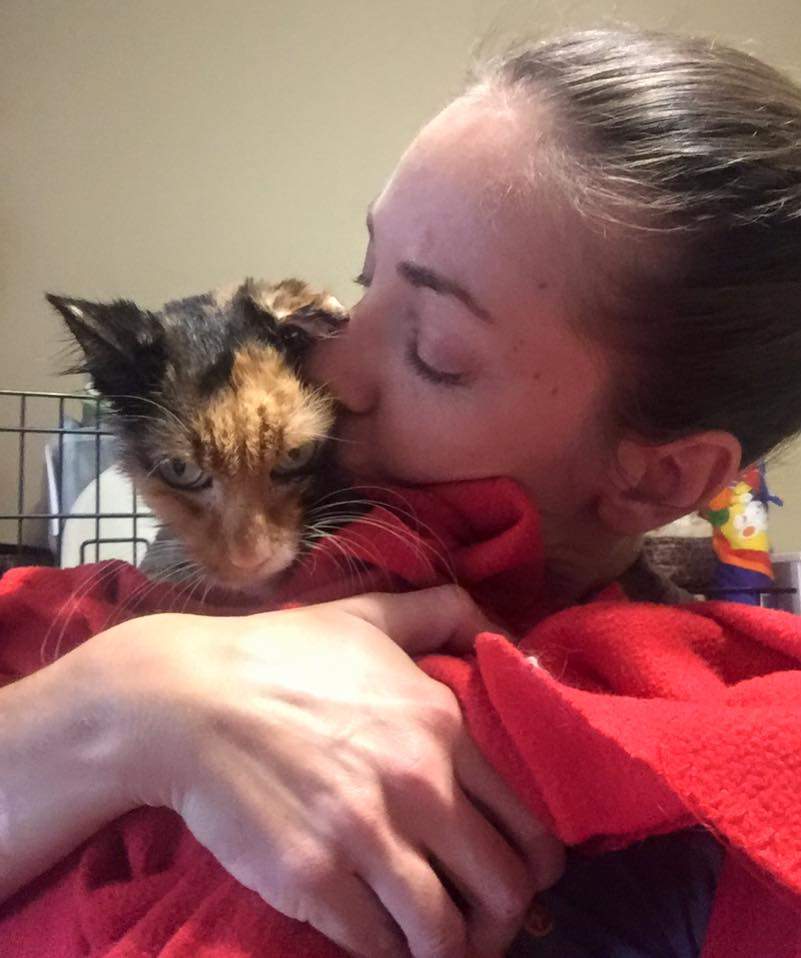 She was transferred to the Saving One Life Animal Shelter, which provides services for the care, upbringing and adoption of cats most at risk of euthanasia.

With a weight of only 2 kg, Raggedy Ann was only skin and bones.

Sweet 14-year-old Ann was so exhausted that she weighed like a four-month-old kitten.

In fact, Anne was missing most of her teeth because she lived in such terrible conditions.

She had 7 teeth left that were rotting, which made it difficult to eat. 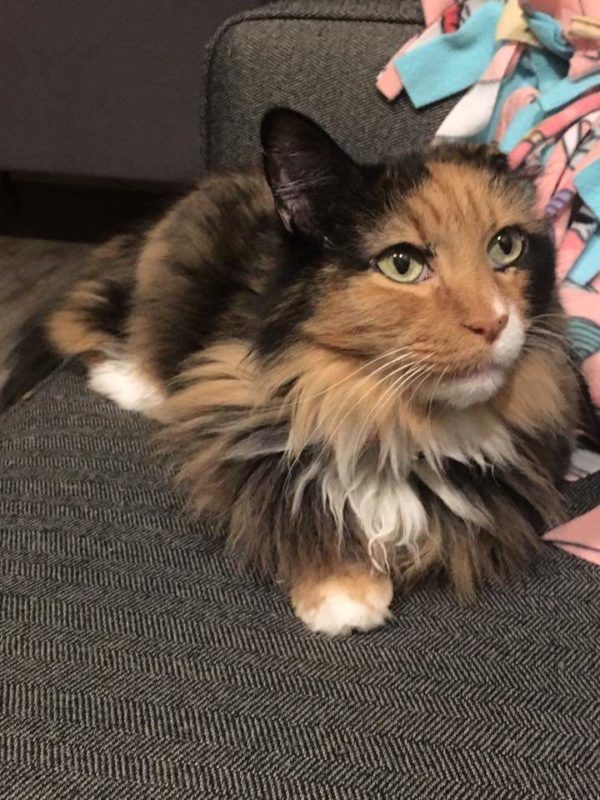 It’s a miracle she survived. Employees of the Society for the Protection of Animals rescued her and transferred her to a foster family.

Her foster mother and volunteers worked tirelessly to take care of Ann. But they still weren’t sure if they could save her because of her age and condition.

Despite this, they were determined to do everything possible to save Ann’s life.

After everything Ann had to go through, she deserved a chance.

Ann’s rotten teeth were removed so that she could finally eat painlessly.

They gave her kitten food mixed with warm water. They put a heated bed to make her comfortable and kept her clean. 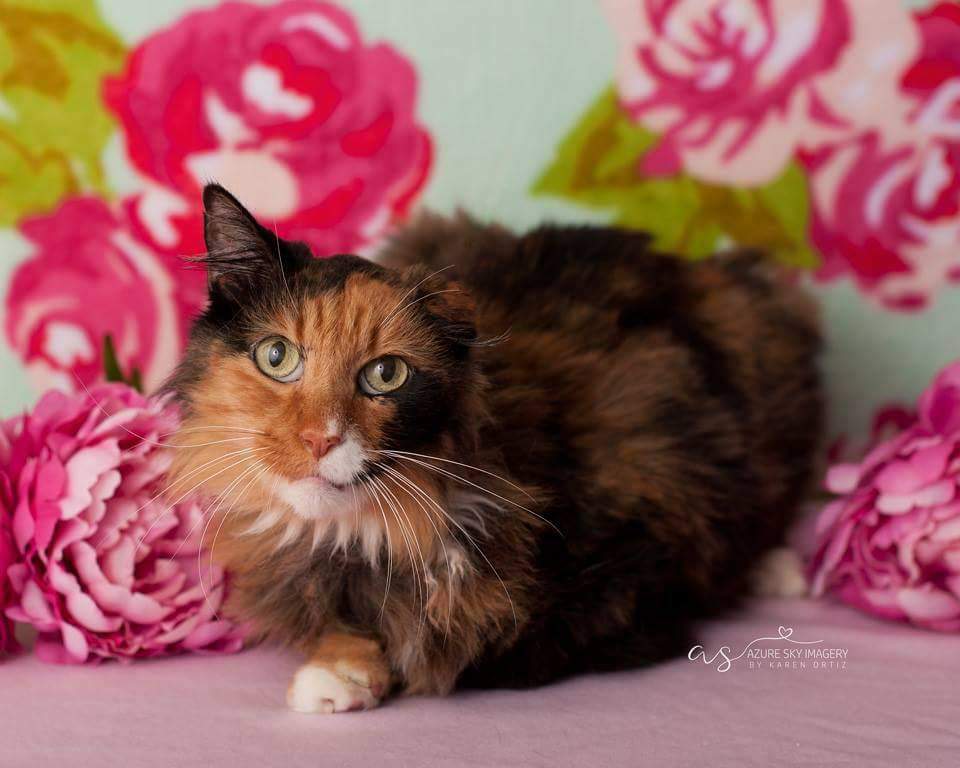 At first she was too weak to even lift her head due to the loss of muscle mass. But she was getting stronger and stronger every day.

Her foster mother was amazed by her determination and strength.

Ann was a real fighter! It was clear that she had a strong will to live.