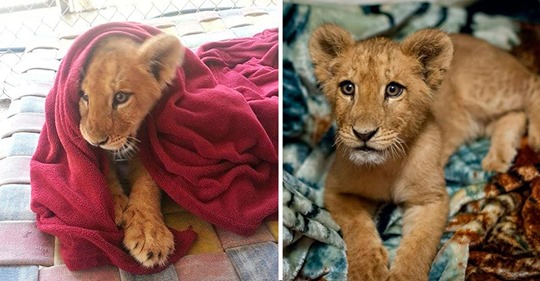 When workers at the Texas Wildlife Assistance Center first saw a lion cub named Lambert, he looked more like a puppy than a mighty lion.

Illegally purchased by a family who no longer wanted to keep him, he was desperate for help. So staff members were happy to rescue the little guy by taking him to a Texas wildlife rescue center. 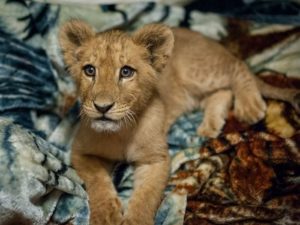 «The previous owners acquired him illegally and kept him as a pet for their young children. The children wanted a Simba after watching the cartoon «The Lion King» and the family thought they could keep the lion. But they were naturally wrong. And when they started having problems with the animal, they decided to give him to animal rights activists. Of course, we were happy to take him,» said Angela Culver, director of the center. 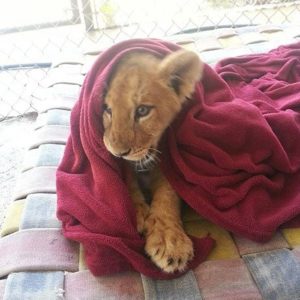 «We heard from previous owners that Lambert slept on the couch with Grandpa and therefore could not sleep in his cage.» 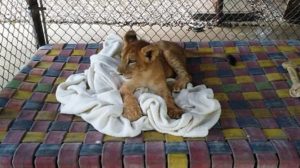 «Fortunately, we quickly figured out how we could solve this problem and put a blanket in one corner of the cage. Lambert curled up on this soft piece of cloth and immediately fell asleep. Since then, I always give him a blanket.» 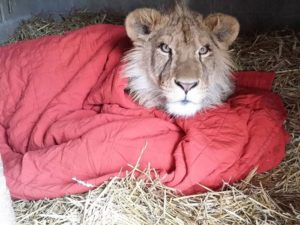 Now Lambert is 2 years old and still lives in the care of the center, because he will not be able to survive in the wild. 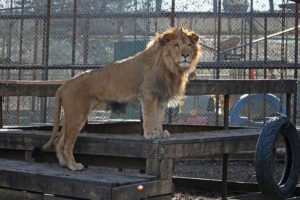 «He has an area that is 650 square meters with enough space to run around and that includes a covered area for him to lie in the shade and hide from the rain. And there’s also an area with a pool, which he really likes to play in,» Culver added. 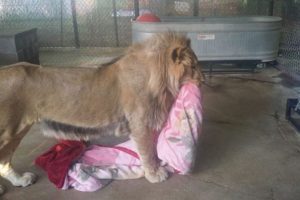 «Even though Lambert is no longer a toddler, he still sleeps with his favorite blanket.» 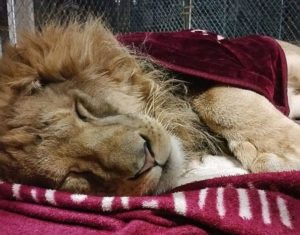