It happened in the Indian city of Udaipur. This dog suffered from Carré’s disease, or, as we call it, canine distemper. The animal was left to die on the side of the road.

The dog was found by an Animal Aid activist. He thought the little one was already dead. But when he saw the rescuer, the dog wagged its tail with the last of its strength.

The dog was taken to the center and treated for about two weeks. She had to be given special medication. But after 14 days, the animal had completely recovered. 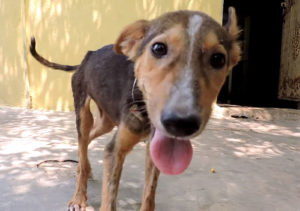 Now she is wagging her tail just for joy! 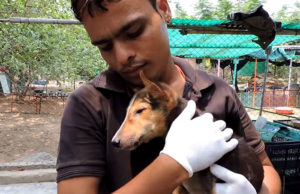