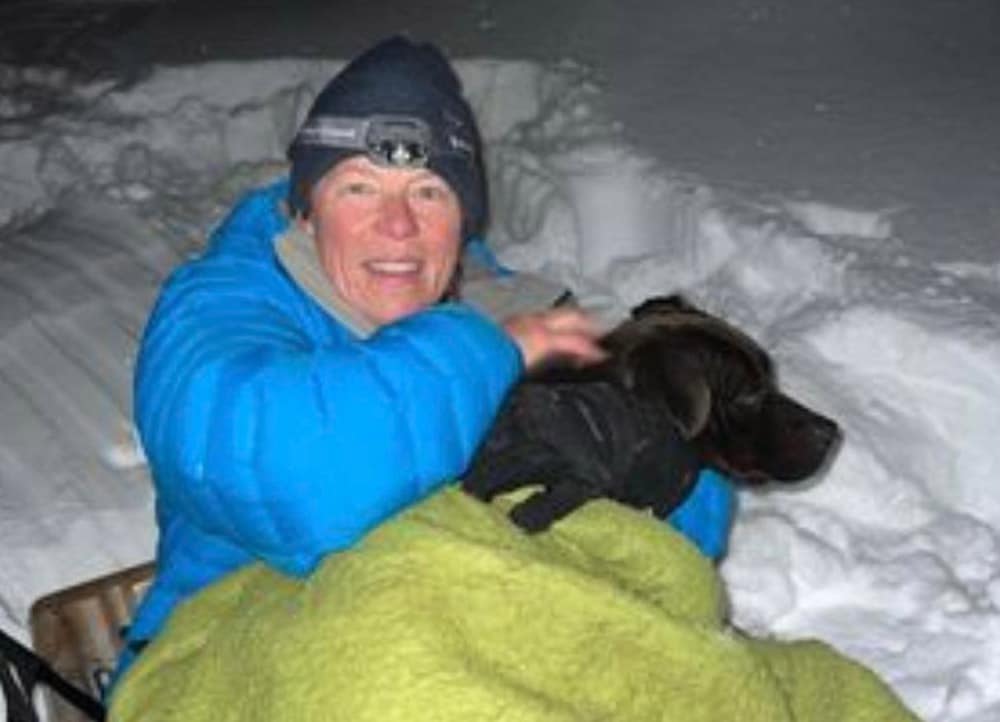 Four months ago, a 3-year-old dog named Russ disappeared when a fire engulfed the Lake Tahoe area in California (USA). The owner of the dog Ricardo Rodriguez was forced to evacuate urgently, so he could not find and pick up his pet.

In December, a skier noticed a dog in the Sierra Nevada mountains. Russ growled at the man, but he was not afraid and decided to take some photos of the animal lying in a snowdrift, which he later posted on Facebook. 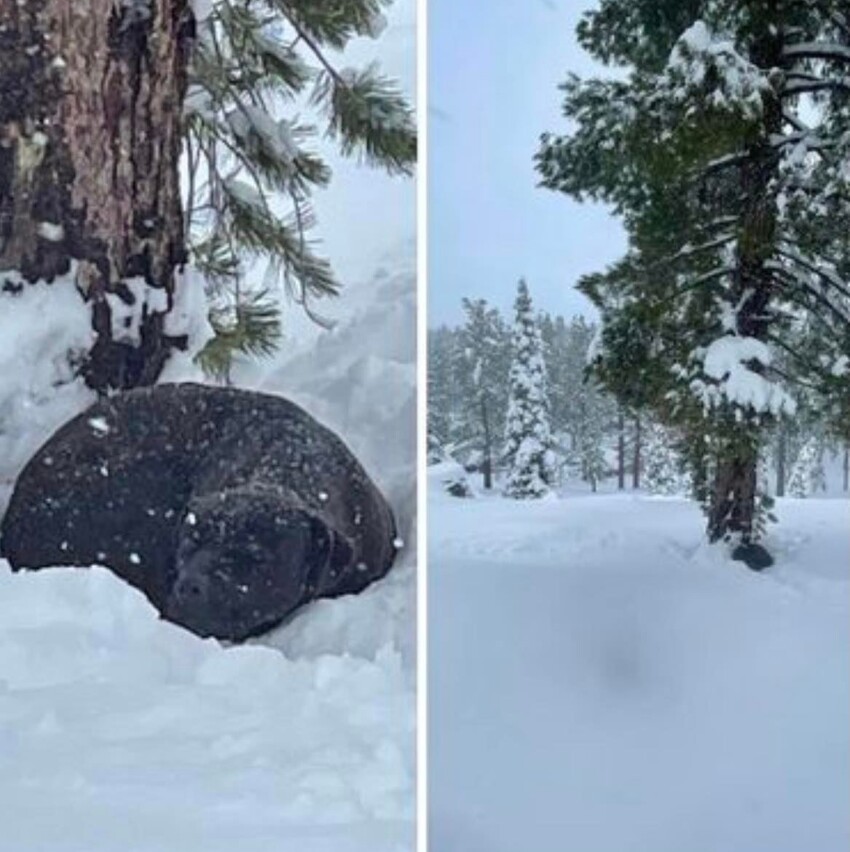 The skier’s post caught the attention of Wendy Jones, executive director of the nonprofit animal rescue organization Tahoe PAWS & TLC 4 Furry Friends. At that moment, the woman was engaged in rescuing another animal, so she turned for help to her colleagues Leona Allen and Elsa Gol, who went to rescue Russ from white captivity, writes Daily Paws.

“We knew that time was crucial for us, because the dog spent the whole day in the snow. And we understood how cold it was there.” volunteers told Tahoe PAWS & TLC 4 Furry Friends. 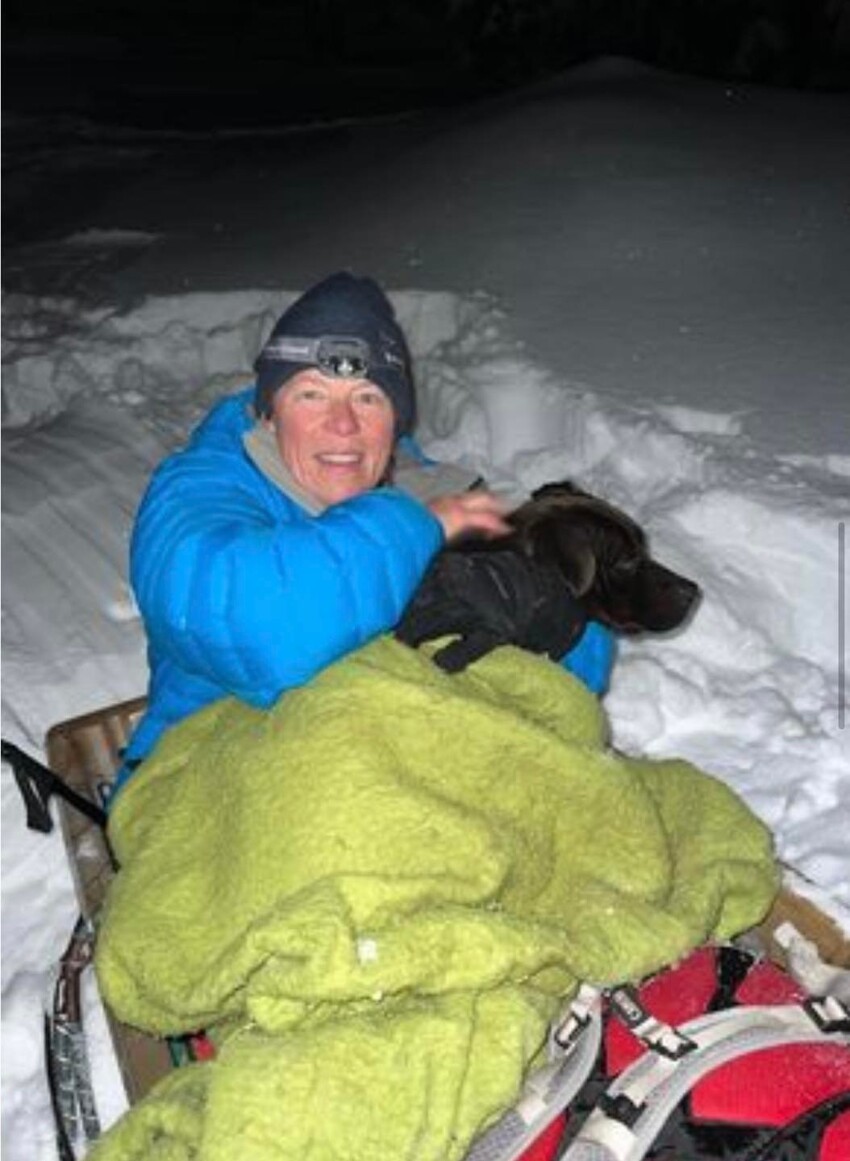 Armed with snowshoes, sledges and rescue equipment, the two women climbed the mountain and started looking for the dog.

“I followed the tracks and suddenly saw a dark figure under a tree. I noticed that the dog was not moving and thought it was very bad. Then he suddenly opened his eyes and, it seems, even growled,” recalls Leona Allen.

The women approached the unfortunate dog and gently stroked him. At first the dog growled in fear, but after a few seconds he put his head on Elsa’s hand and completely trusted people. The volunteer took Russ in her arms and wrapped him in a blanket. Then she got into the sleigh and put the dog on her lap so that he could warm up faster. 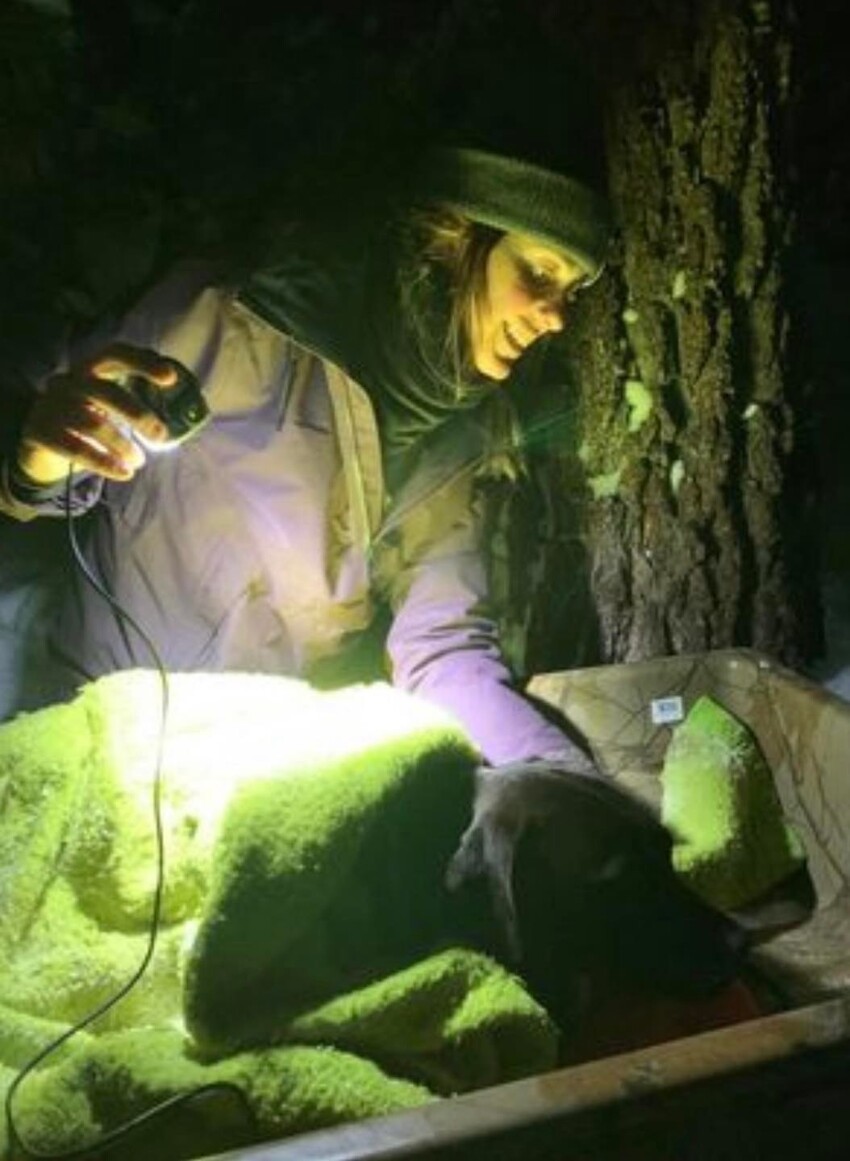 After a two-hour descent from the mountain, the dog finally found himself in a warm room. The four-legged victim was examined by a veterinarian, who concluded that the dog was completely healthy. Volunteers checked the dog’s microchip and were able to find its owner. Ricardo Rodriguez was overjoyed when the women informed him that they had found his pet: on December 26, the man was able to take him home. 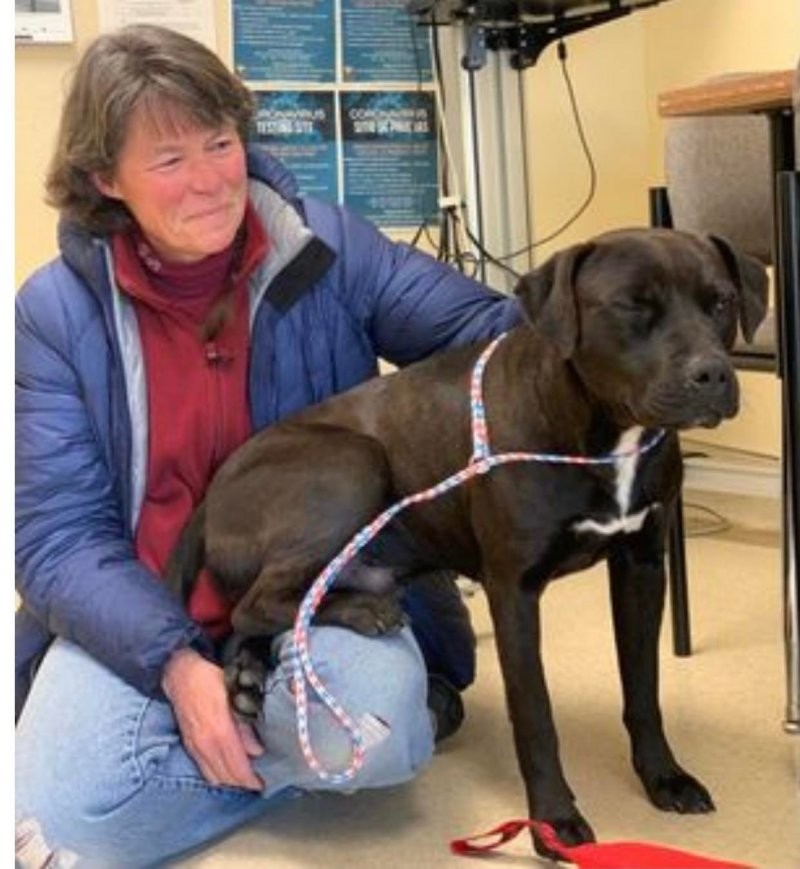