Dogs are considered to be man’s best friend: gentle, docile and loyal, they are truly the best companion a person could wish for. However, there are still many prejudices about some dog breeds in circulation, such as Pittbull and Rottweiler, considered to be very “aggressive” and unreliable. These are prejudices that arise from misinformation, also thanks to some unfortunate cases that have seen these poor sad animals as protagonists. If the dog is well trained and is treated with love by its owner, they will never, ever go against the person who feeds them every day. 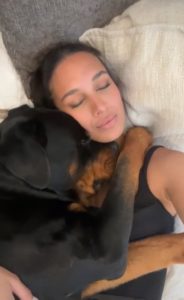 “He went to the park today and no one wanted to pet him. He doesn’t understand why people ignore him,” said his owner in a video, where she is shown hugging her puppy.

Unfortunately, it is a widespread misconception that large dogs like Rottweilers are aggressive and hostile, but there is nothing more wrong. This is also confirmed by the video of “nala_the_needy_rott”, where the owner of the puppy is lying on her bed while the animal literally hugs her, looking sad and disconsolate. The girl confirms that the dog is sad because no one wanted to pet it or play with it while they were at the park. 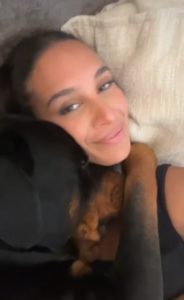 The video reached nearly 8 million users, many of whom were moved to see the dog’s sad and sweet reaction. Among the comments, we read, “it’s because he’s big and beautiful, but he has his mother who loves him. My four babies don’t understand either, but I give them all the love I can”, and again, “if I saw him, I would give him a tight hug, he is so cute”, “people are afraid of them, but they are so sweet, mine are very friendly”.

What relationship do you have with these dog breeds? Do you have prejudices or do Rottweilers scare you? Tell us in the comments! 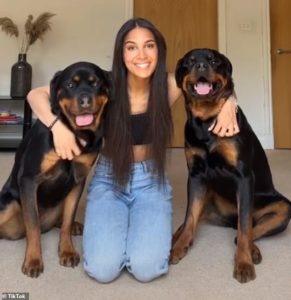