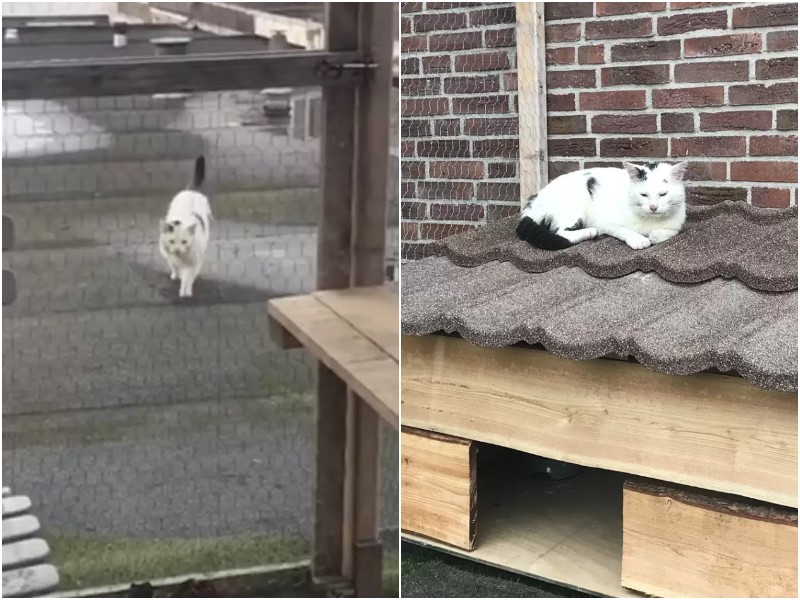 A family from the USA made a fenced yard for their cats near the house, where they could play and walk for hours. One day a sad homeless cat came up to the fence of this courtyard, it was watching the cats and really wanted to make friends…

A couple from the USA built a small courtyard fenced for their beloved cats. It is located right next to the house, and cats can breathe fresh air there. Since then, the fuzzies Garry and Loki have been happy to spend their free time there, sleeping and playing. 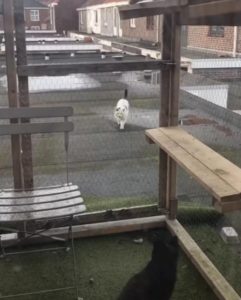 Recently, while the cats were playing in their yard, a furry guest approached them. The cat watched them for a long time and wanted to make friends. At first, the owners thought it was just a neighbor’s cat – until it started coming more often. 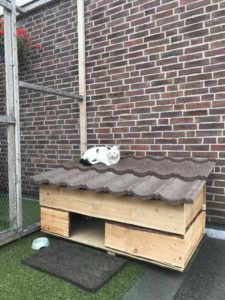 The owners of the house asked around the neighbors, and it turned out that this cat was homeless. Then the family decided to help. They named the cat Ziggy and built a separate small “house” for it next to the cat yard. 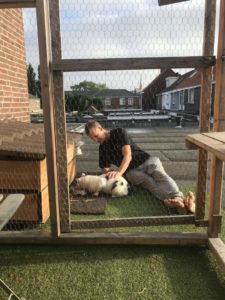 The cold weather was approaching, and the couple decided that this was a great solution for the cat. Ziggy itself was very grateful and immediately fell in love with its personal house. There the family left the food and was always glad to see it. 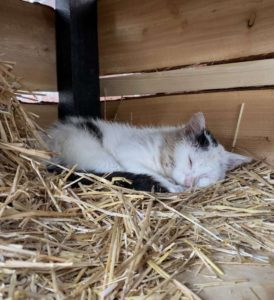 At first Ziggy was very timid – if someone tried to approach it, it immediately ran away. But the couple managed to gain its trust. After a few weeks, they were able to pet it and get to know him better.. and they found a small injury on its neck. They had to take the cat to the vet. 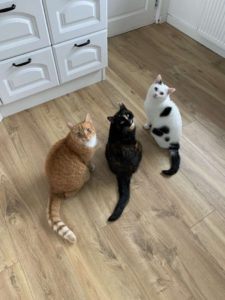 Ziggy received the necessary treatment at the clinic, and then the couple took it to their home for recovery. They kept the cat in a separate room, where they took care of it for several days. After the cat recovered, it was introduced to domestic cats. 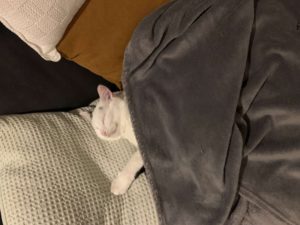 Even then, the couple decided that they were so used to it that they were not ready to say goodbye. So Ziggy found loving owners! It took the cat some time to adapt, but now Ziggy is absolutely happy. It has caring owners, a warm house, and two cheerful brothers, and it didn’t even dream about it until recently. Thanks to the kind couple for saving the homeless cat!

Waitress serves grumpy retiree for years: one day he leaves her the keys to his house as a tip
“Jessie, since you’re the new girl around here you’ll have to work table 13,”
LIFE STORIES 0 55