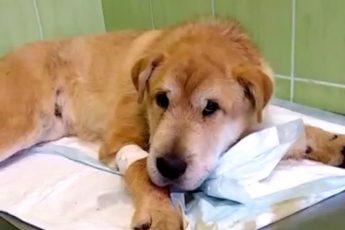 Recently, a puppy resembling a sharpey was standing in the central part of the city and did not know what to do next. Caring people posted photos of the lost dog in ads, but no one recognized him. The owner was never found.

A beautiful dog was sitting in a muddy puddle and shivering with a confused look looking around. Crowds of passers-by walked by and did not react to the poor dog in any way. And he sat in one place and stared intently, as if trying to find someone in the crowd. However, the one the doggie was waiting for did not come. In memory of its owner, only an inexpensive collar remained. 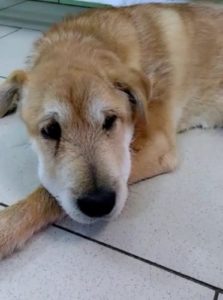 While the ad about the lost dog was hanging on the Internet, he was in one of the sheds. There he was allowed to wait out the unfavorable weather. The woman who found Barney was about to let him go outside again. However, just in case, she decided to call me and see if we could find a place for him.

As soon as I imagined that this unfortunate baby would be sitting in a dirty puddle again, my heart shuddered. I could not refuse to help and placed him in a hotel. There are 60 more crumbs living there, for which I pay for accommodation.

We didn’t realize then that this was just the beginning of difficulties for Barney. 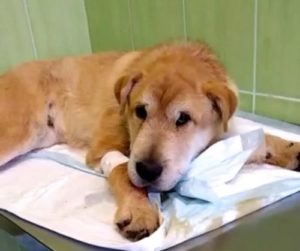 The doggie was insanely glad that he was sheltered. He was ready to kiss everyone around. The owner of the zookeeper sincerely loved this cute creature. He has repeatedly said that he has never met a more open and friendly dog than Barney. The dog always understood what was wanted from him. He followed commands and was perfectly amenable to training. You say «lie down» he lies down, you say «sit» and he will sit down. Sometimes it seemed that Barney understood human speech. The perfect dog!

I thought we’d find owners for Barney quickly. After all, this doggie had no flaws. Although Barney is not a purebred sharpey, he is like a cartoon character.

The woman who took Barney for overexposure called him a Toddler. 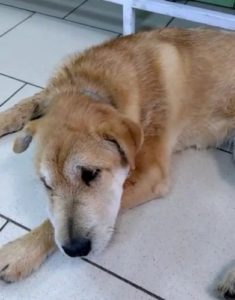 Barney was treated with antiparasitic agents and other preventive measures were carried out. Then I wrote an article about him. Unfortunately, no one reacted to it.

One morning Denis went into Barney’s room and saw that he was ill. The doggie for the first time did not get up, did not run towards us. He just lay there motionless. Barney stopped drinking and eating.

Denis didn’t waste a second of time. He put Barney in the car and went with him to the clinic. Specialists diagnosed enteritis.

The poor dog was weakening before my eyes. We have already prepared to say goodbye to him. The dog was emaciated and was not in the best condition. However, even in such difficult moments, he was obedient and grateful. Barney spent several days under ivs. Doctors tried their best to bring him back to life. Denis sat with the baby around the clock. 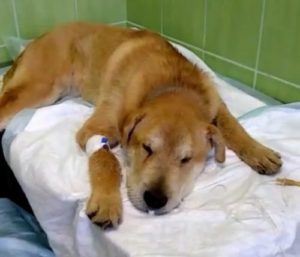 All week we sat with bated breath and waited. And by Easter there was an improvement. Barney drank and ate for the first time. Although he still doesn’t look good. Thin and exhausted, but most importantly – he is alive. It’s scary to imagine what he had to go through these days.