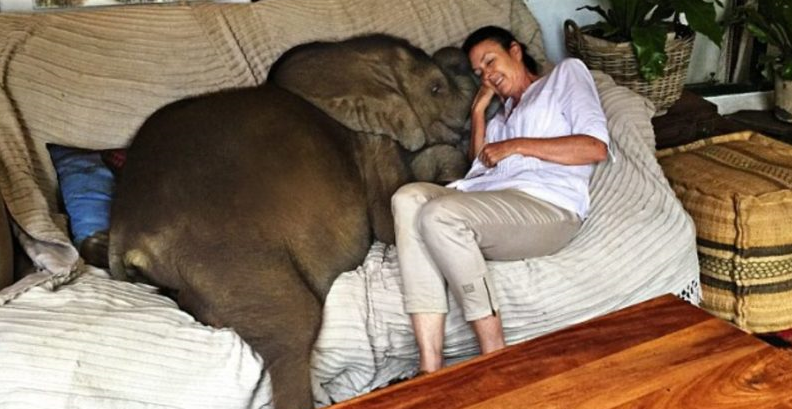 A baby elephant named Mayo was rescued from a river with a strong current when he somehow drifted there. At that time he was only a few days old and he was abandoned by his pack.
But fortunately, rescuers from the shelter found him just when hyenas were going to surround him. The founder of the shelter, Roxy Dankverst, became his foster mom.

Now the baby elephant is already a year and a half old and he follows Roxy on her heels. The woman shares that he recognizes her by her smell, by her voice and in some way of his own. He always knows where she is, but she doesn’t know how.
Over time, it becomes more difficult to nurse an elephant, as the elephant becomes larger in size.And his visits home are becoming increasingly difficult to cope with. 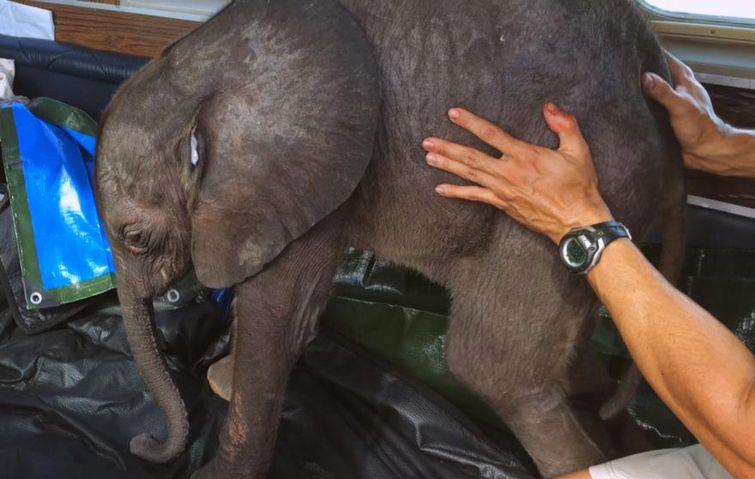 She adds that this is one of the rare rescued wild animals with which they managed to make such strong friends. And parting with him will be very difficult for her. But, in any case, she has already mentally prepared for this, since it is natural for an elephant to live in freedom. 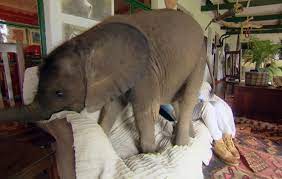 Now Moyo is enjoying his childhood. He does not realize the full extent of his strength and his large size, which is not reflected in the best way on Roxy’s home when he undertakes another foray into the house. 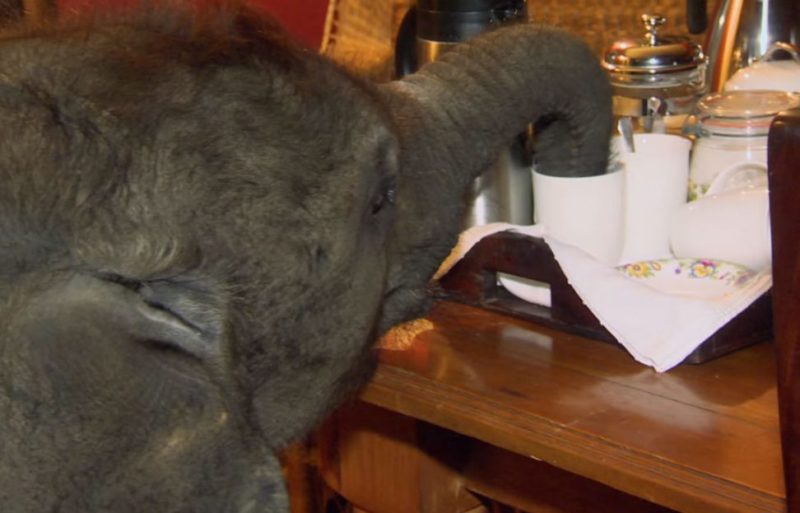 But for now he is small and mischievous. And while his pranks are perceived as quite childish.