A puppy who was frightened after he was rescued comforts his sister with a hug while waiting to be treated at a shelter.

About a week ago, Animal Charity of Ohio, a nonprofit organization, received information about a small family of dogs in need of help. Jane McMurchie, the organization’s director and animal welfare officer, arrived at the address and discovered the horrific scene.

There was a dog at the scene with two puppies who were living in horrible conditions. It was quite obvious that the owners did not care for the animals and that the little canine family had learned to depend on each other.

“They lived in horrible conditions. They were in the middle of 6 to 8 inches of trash in a makeshift cage.” 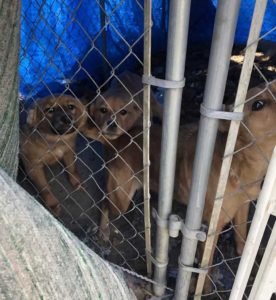 The owners of the 5-month-old puppies and the 7-year-old dog handed them over to the rescuers, who promptly brought them to the shelter. Peaches and Leila, along with their mother Lady, were now safe. A medical exam revealed that they were doing just fine. But the pups lacked confidence. 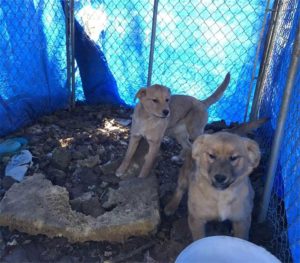 The puppies didn’t know what to do when mom wasn’t around. But the most emotional part was when Jane saw Peaches and Leila hugging to comfort each other.
It looked like the two puppies were worried and thought something bad might happen to them at the shelter. 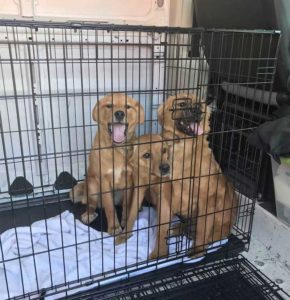 “We examined mommy first. When we introduced her into our emergency room, the motherless pups were clinging to each other out of fear.
They made it clear that they didn’t want to be separated. So the little family lives together at the shelter, where they quickly figured out they were safe.” 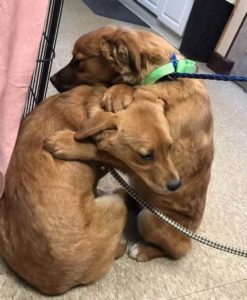 Nevertheless, every day they give the dogs time to start trusting people. But the staff understands that it will be a long process.

“Puppies are so much better when their mom is around. So we work with all three together as well as individually.” 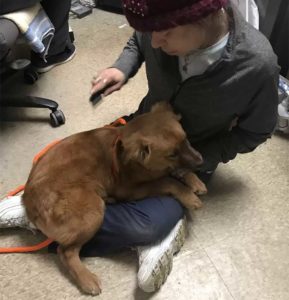 Both pups are happy when they are together. They are extremely dependent on each other. Therefore, when
Peaches and Leila are ready to be adopted, they are sure to enter a home together where they will receive the love and care of a loving family. 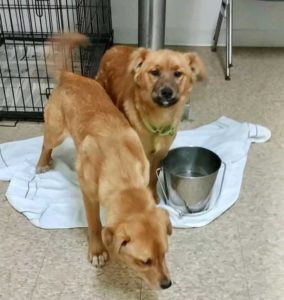