A 73-year-old man who had stopped eating and was so weak he could barely speak «completely changed» after being reunited with his dog in the United States.

James Wathen had to whisper to a nurse that he missed his pet, a one-eyed chihuahua named Bubba, and the care team decided to reunite the pair. 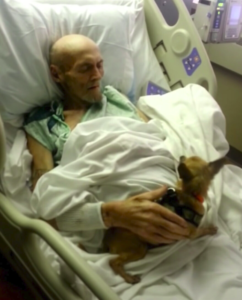 But hospital rules prohibited the admission of pets. So the staff had to work in secret with the Knox-Whitley Animal Shelter, where his pet was sent while he was in the hospital.

Bubba had been exhibiting similar symptoms of mental anguish since his owner abandoned him. Thanks to the nurses, Wathen and Bubba were reunited Oct. 11. As Wathen petted and played with his dog, he experienced a growing sense of excitement and nostalgia. 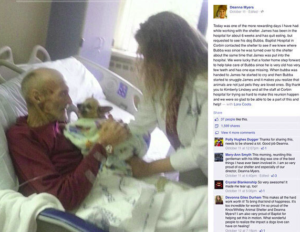 After petting and playing with his dog, Wathen felt better.

Wathen seemed to have made a full recovery throughout his stay. The nurses reported that the next day, the patient seemed to have undergone a radical transformation, eating and sitting up when he hadn’t done so before. Due to Bubba’s positive impacts on Hathen, Baptist Health Corbin is making every effort to ensure that Hathen has regular visits with his beloved pet.