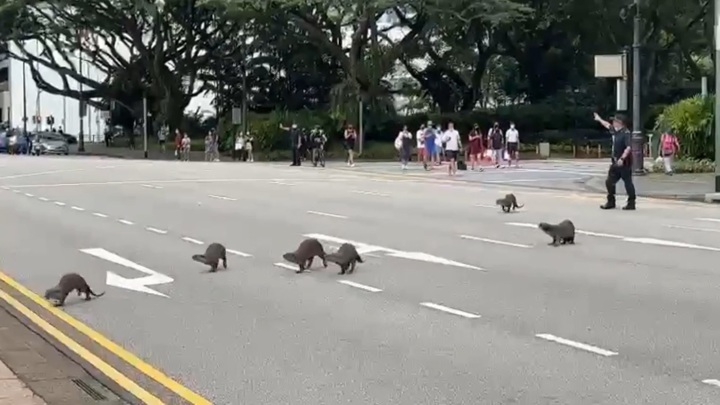 In Singapore, a whole family of otters decided to cross the road. The animals were helped by local police officers – they stopped traffic and escorted the animals to the other side of the road.

As eyewitnesses noticed, these mammals were awarded high honors – for their sake, a traffic light was turned on, which is usually used only for government cars. 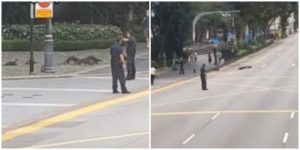 Noticing that the animals are about to start running across the street, the law enforcement officer decided to go out on the highway and block traffic from both sides, so as not to endanger the animals.

The drivers of the vehicles reacted with understanding to the incident and waited until the otter family got off the road. According to eyewitnesses, the animals crossed the road for about two minutes. The Singapore police declined to comment. 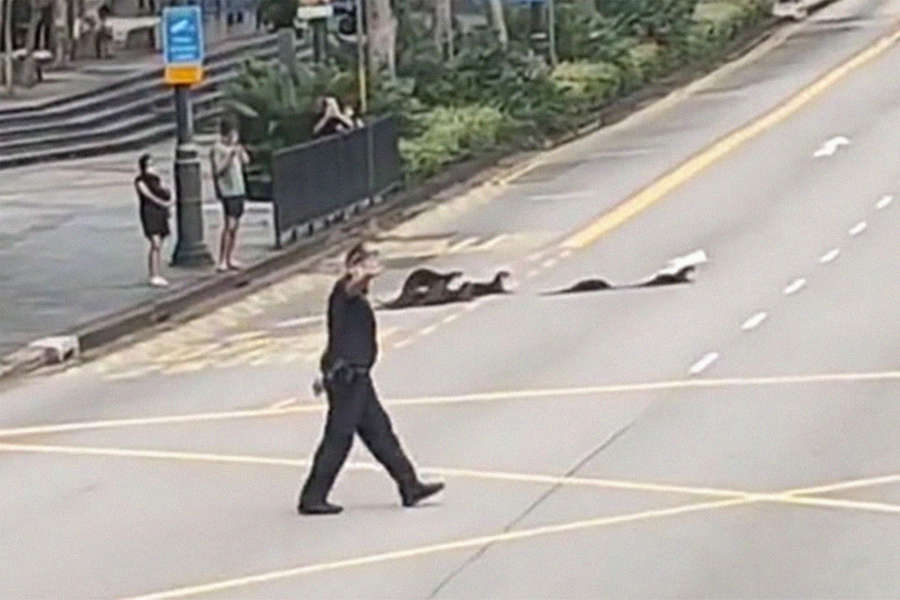 As noted, at that moment a double-decker tourist bus was driving along the road. The travelers were delighted with the actions of the guardian of order and were able to take some memorable photos with animals.