My name is Victoria. I used to go to other people’s cottages and feed stray dogs. When the cold season came, I had to visit daily, otherwise the animals would simply starve to death. On another trip, I saw a gray dog waiting to breed. It was obvious that she was going to have puppies very soon. I immediately ran home to make a kennel for the expectant mother and her cubs. The Christmas frost was soon to come, and the animals had no shelter. I ended up making such a cute little house.

We took the kennel to its place and the dog was gone. Then we saw her, but without her tummy. It turned out that the dog had given birth in a dilapidated barn. She had gotten in through a small hole. We heard the pitying squeak of babies. Their voices sounded as if from under the floor. 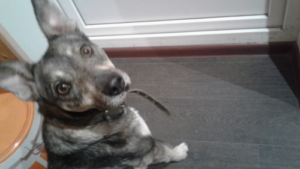 The new mother was as thin as a matchstick. I decided to call her Zhulka, and I called her name loudly. She looked at me with a questioning look, as if wondering:

«Are you the one calling me? Did you give me a name?» 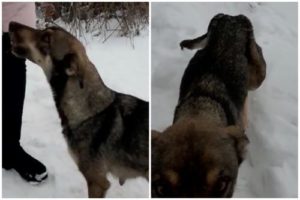 She had that piercing look in her eyes. I’ll never forget it. 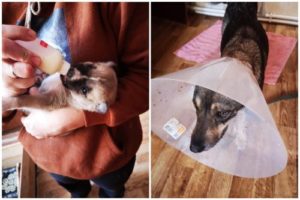 Like all the other pets, Zhulka was very happy to eat. She was the only one who never forgot to thank us. She would come up, tilt her head for us to pet her, and then walk away. Over time this became a tradition. 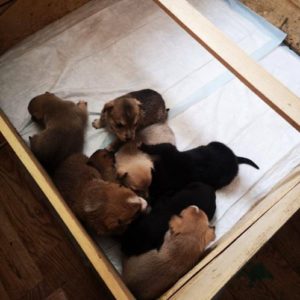 Then we had difficulties and for several days we did not visit the cottage. When we got there again, we were horrified by what we saw. Zhulka had developed problems with her muzzle. Her muzzle was broken and so traumatized that she couldn’t even eat. The puppies were hungry, too, because Zhulka had nothing to feed them. The babies were squeaking pitifully. Obviously, someone had hurt them. 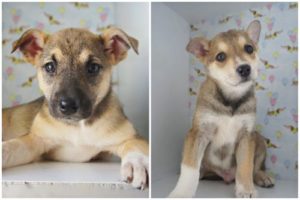 Zhulka was taken to the hospital and underwent a therapeutic procedure. After that she was able to meet her cubs again. I felt so sorry for that poor dog, she had so much on her. Who could possibly be in the way in that abandoned barn? 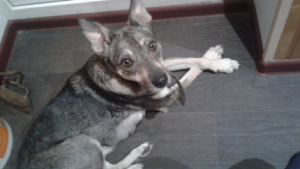 All the more the dog was harmless, with an angelic character. She couldn’t feed the puppies for a long time. They ate milk from a bottle.