Six years ago Jay found a little kitten in the street. The animal was very weak. It was constantly attacked by other cats, so its whole body was covered with wounds. Jay could not leave the kitten to continue surviving on the street, so he took it into his home. 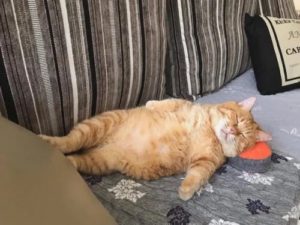 The veterinarian helped with the animal’s wounds and Jay decided that the kitten would stay with him. The animal was named Xiang. It turned out that on the street the guy found not just a stray, but a purebred mancin cat. A characteristic feature of this breed is its short legs and round body. This build makes the mancin very cute and funny. Xiang has also grown into an adorable little fatty who loves to sit in his owner’s arms. 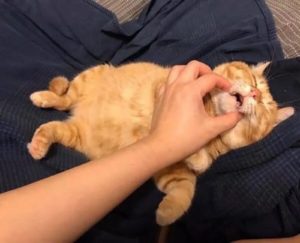 Despite its funny appearance, it’s not the cat’s appearance that has made it famous, but its ability to sleep practically all day long. Xiang sleeps for 20 hours a day. At first, the cat’s owner was very worried about Xiang’s lack of activity, so he took him to the vet. 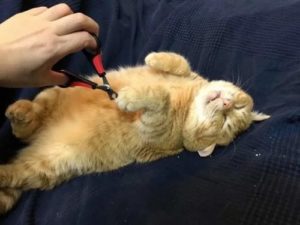 The doctor found no health problems, saying that the animal’s body is set up in such a way that it needs a really long nap. 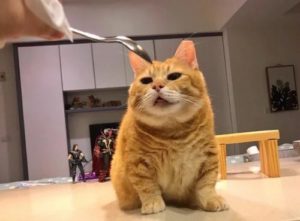 Xiang sleeps on his back or on his side. The place to sleep does not matter. A cat can fall asleep anywhere. But it is very difficult and not always possible to wake him up.