The marks on the neck of this dog indicate that the animal spent many days on a chain. The skin under the collar is not just irritated, it is covered in wounds, the blood from which has dyed the dog’s fur red.

This dog’s name is Violet. Together with five other animals, she was chained on a plot in one of the cities of New Mexico. The animal was only accidentally noticed by a woman driving by. In New Mexico, it is forbidden to leave dogs on a chain if there is no owner nearby. Therefore, the woman immediately called the Animal welfare society, and they contacted the local sheriff. 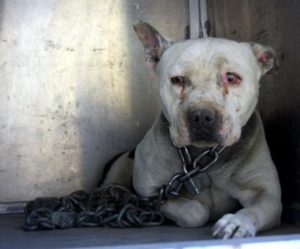 Law enforcement officers managed to find the owner of the site. But it turned out that he was in prison and could not take care of animals. The dogs were freed from the chains by rescuers. They took them to the vet. 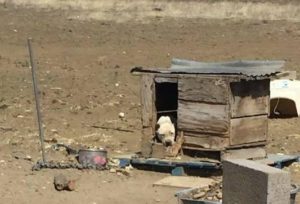 Violet was one of the most affected by prolonged sitting on a chain. Her skin was covered with sunburn, and in many areas there were open wounds in which larvae had already started. 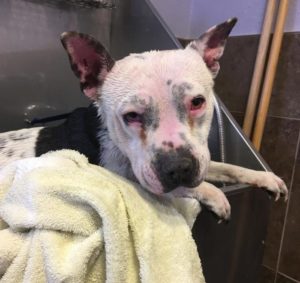 Veterinarians have put a lot of effort. And the dog became physically healthy. But she still has problems on a psychological level. 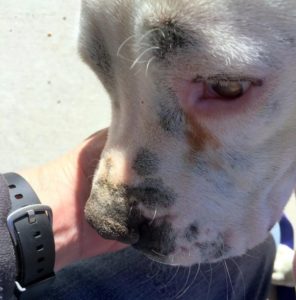 Violet is afraid of people. Any sudden movement next to the dog perceives as an attempt to offend her. And then she shrinks all over. But love and care on the part of a person will help her to fully return to normal. 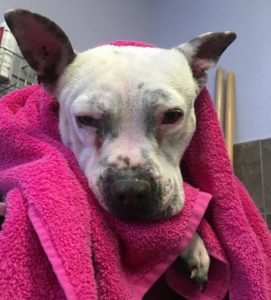 During the treatment, Violet learned to trust the clinic staff. After getting to know people better, Violet began to open up to them. 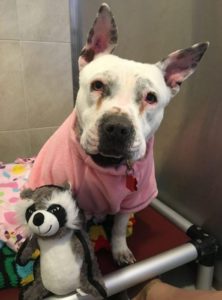 It turned out that the dog loves soft toys and walking. She is very inquisitive. The clinic staff believe that Violet did not have a normal childhood, so now she often behaves like a curious puppy. 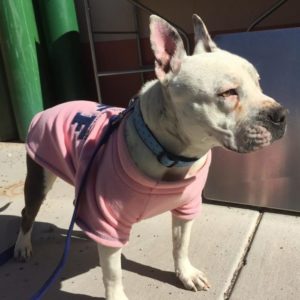 The dog needs sterilization as well as further treatment.But in a few weeks she will be fully ready to find a new family. 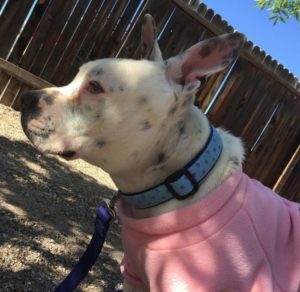 It is very important for Violet to have her own home and people who will be really kind to her.