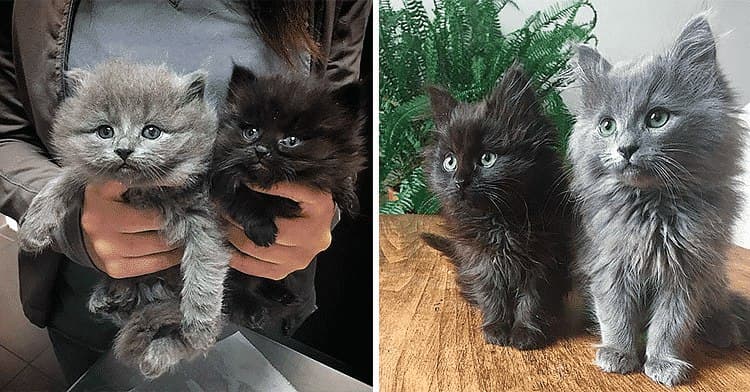 A pair of tiny kittens was lying under a bush. The mother of the babies was nowhere to be seen, they had been alone for a long time and were very hungry. When the kittens were found, their bones were visible, but from that moment their lives changed dramatically.

Katya, a resident of Montreal, heard someone squeaking in the back of the garden. She followed the sound and found kittens under a bush. The little ones were scared and trying to call their mother for help, and they were also very cold and were sitting close to each other to keep each other warm.

Katya hoped that the mother of the babies would come back, but the cat did not come and her searches brought no results. It was getting cold outside, so it was impossible to leave the babies in the garden. The girl contacted animal rights activists. 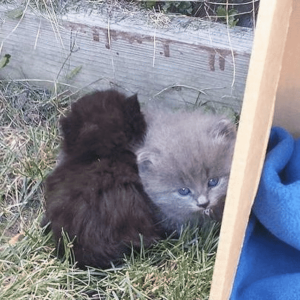 Volunteers told that when the kittens arrived at the shelter, they were diagnosed with dehydration and weighed much less than normal. The little girl was very tiny, she was constantly freezing and cuddled up to her brother. 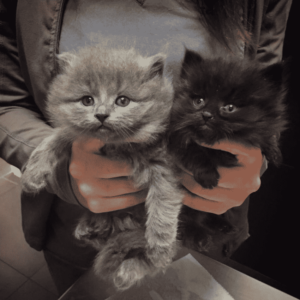 First the baby was fed and fed from a pacifier, then warmed up. The cat calmed down and fell asleep. 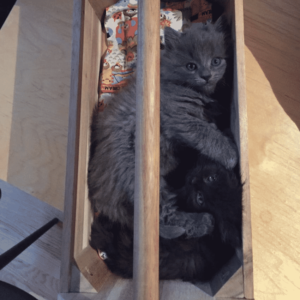 Volunteer Erika took on the task of caring for the babies. Gradually they grew up and gained strength. 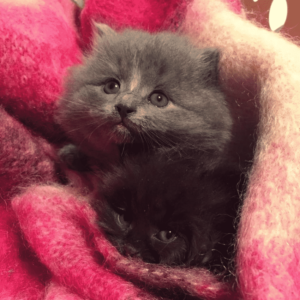 After two weeks, the little ones caught up with their peers, recovered from their illnesses, and stopped being afraid of people. 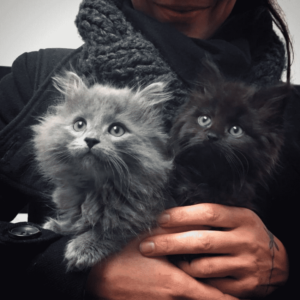 Volunteers have accustomed them to solid food, and their condition is monitored by a veterinarian. 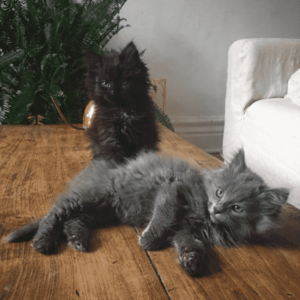 Kids try to spend all the time together. The girl has a black color, she is shy, and her brother, on the contrary, is active and curious. Kittens play together, eat and sleep. 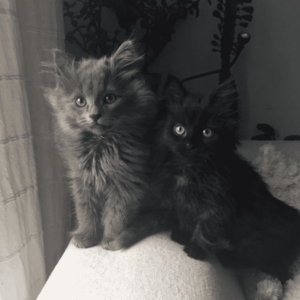 When they were 10 weeks old, the volunteers decided to look for a new home for them, but Erica realized that she could not part with them and kept the kittens. 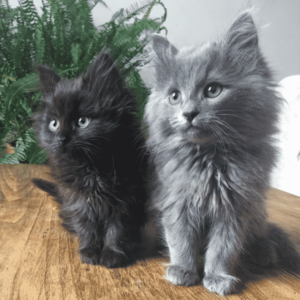