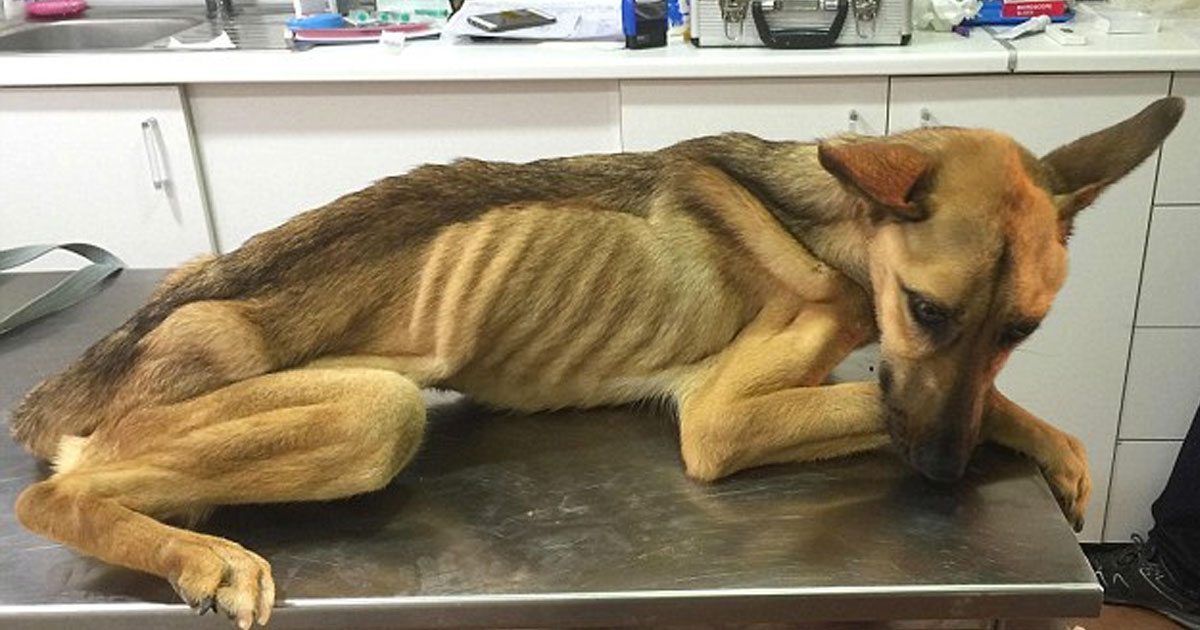 The dog, nearly starved to death by its cruel owners and then thrown out into the street, has made an amazing recovery.

When she was brought into a Spanish rescue centre, puppy Barilla’s bones were protruding through her skin and her organs were close to failing.

The hungry dog was nothing more than a bag of bones. When the animal lover took her in, the dog had so little muscle that she could neither walk nor stand. 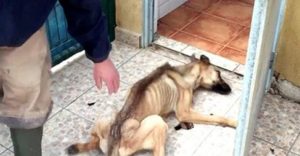 When the dog, who was named after Barilla Spaghetti because she was so skinny, was first brought to the vet clinic, it was unknown whether she would survive.

She only weighed 16 pounds. And even though she was hooked up to an IV, the staff at the center knew that she could have organ failure at any moment. 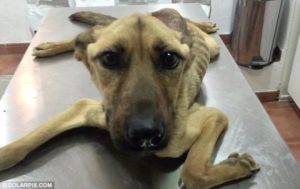 «When we got her, she was so emaciated with food and water that she could only move her head and tail,» Mr. Rodriguez said. She had no muscle mass at all.»

«I’ve been rescuing dogs since I was a kid and I’m used to seeing them in bad shape. But I’ve never seen an animal in as bad a condition as Barilla.» 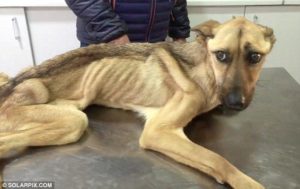 The vet said we were lucky we got her in time. Because she might not have survived another night. We put her on an IV for six hours before we started feeding her.

We made a harness for her to help her walk. Because she couldn’t support her own weight. 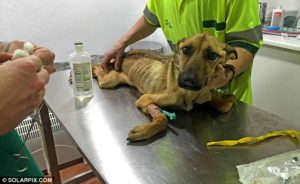 The upsetting photos show an emaciated Barilla looking wistfully at the camera after the rescue, but managing to wag her tail.

«After she was taken in, she was so weak that she had to eat from a basket lying down. And even after a week, having gained 8.8 pounds of weight, she still couldn’t stand on her feet and collapsed to the ground when she tried to stand up.» 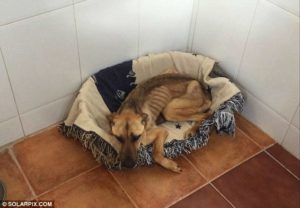 It’s been seven weeks. And here she is, already a new dog, devouring more food than she probably ever saw in the 10 months of nightmare she was living before.

Last night, Mr. Rodriguez revealed that he got Barilla, presumably a Belgian Malinois crossbreed, after falling in love with her at first sight. 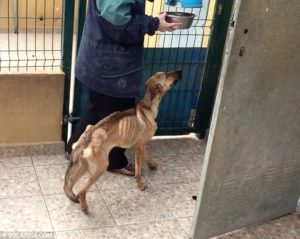 She now lives in Mr. Rodriguez’s home on the outskirts of Granada with his wife and 14-year-old daughter and five other dogs.

The 37-year-old man said: «I have five dogs at home along with Barilla. But she’s the first real companion I’ve had since my old pet boxer dog, Turco, died in an accident five years ago.»

He added: «Her will to live was amazing, and I felt a connection to her as soon as I saw her. 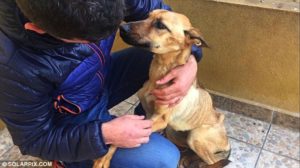 «Her recovery was overwhelming. From day three or four, she was eating five or six meals a day and gaining two pounds a day.

She now weighs 46 pounds and is on her way to a full recovery.

We are inseparable now. She is so smart and obedient. The first day I saw her, I told my coworkers I was going to keep her.» 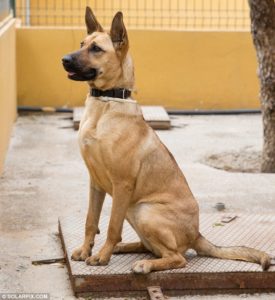