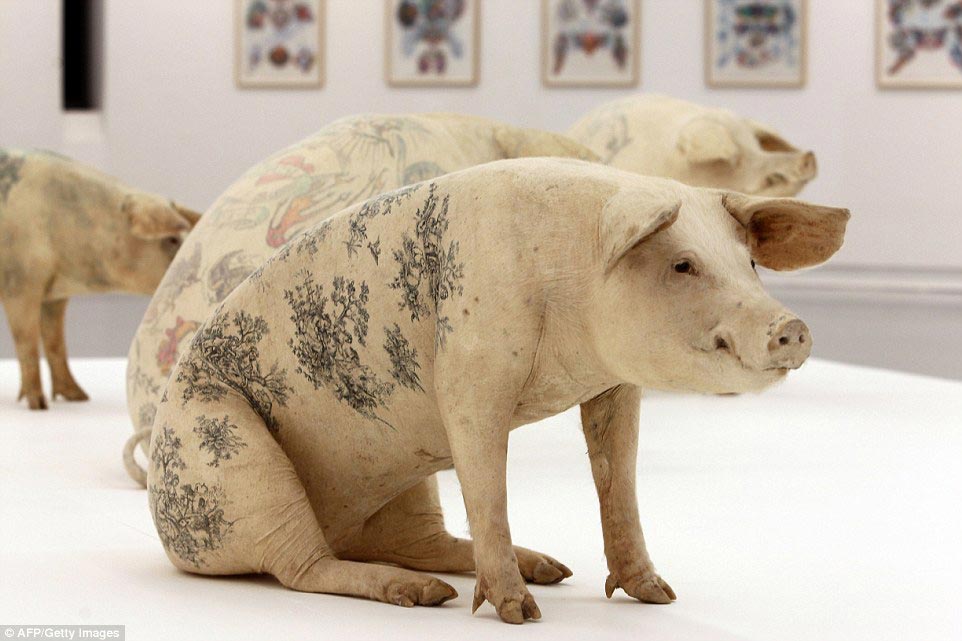 Belgian artist Wim Delvoye started tattooing pigs in the USA in 1997. But soon he had to move to China, where animal protection laws are more flexible. Unlike Internet users, Chinese residents liked Wim’s work.

Each tattoo is applied to pigs under anesthesia. And after that, the master and his assistants make sure that the pigs’ skin is healthy and moisturized. 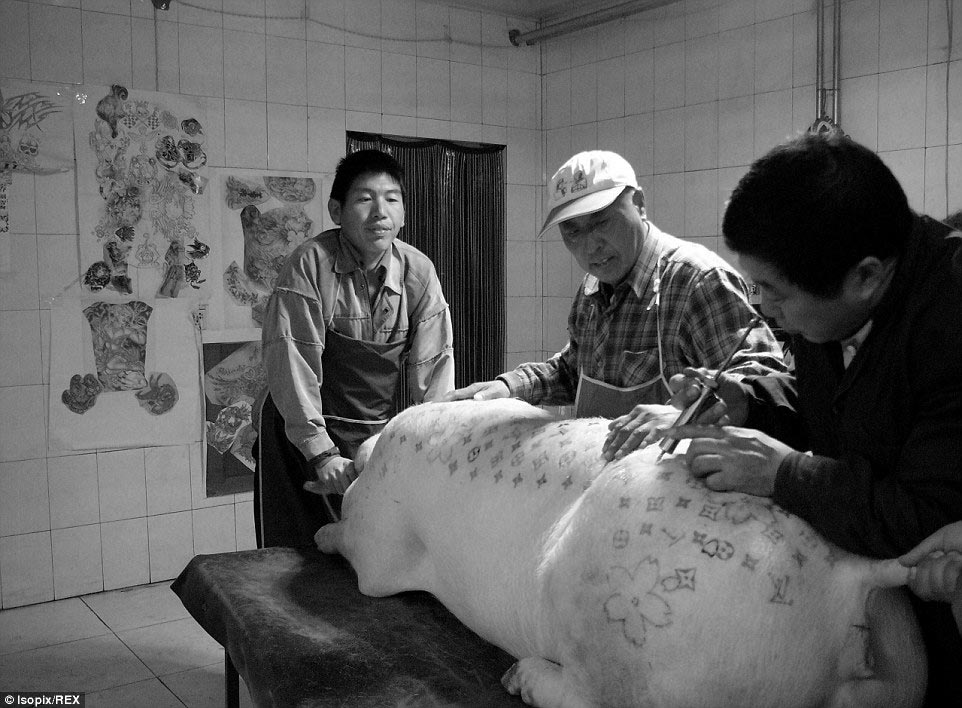 For example, a pig with images of Disney princesses was sold to them for 55,000 pounds. 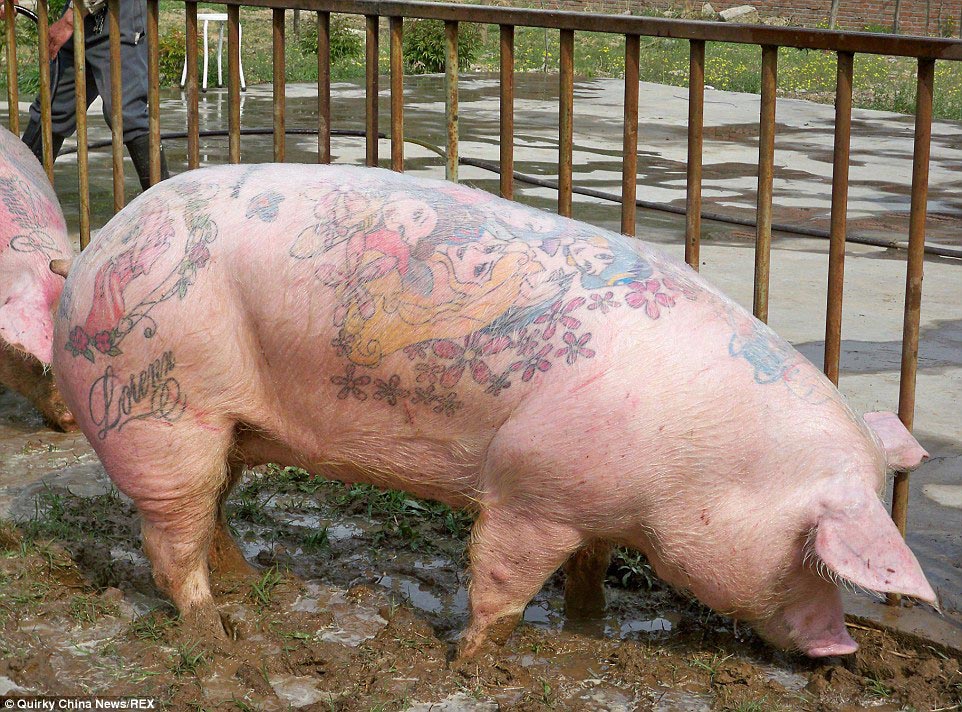 Wim does pigs tattoos of absolutely different themes, ranging from Louis Vuitton logos and Disney princesses, and ending with prison tattoos of prisoners. 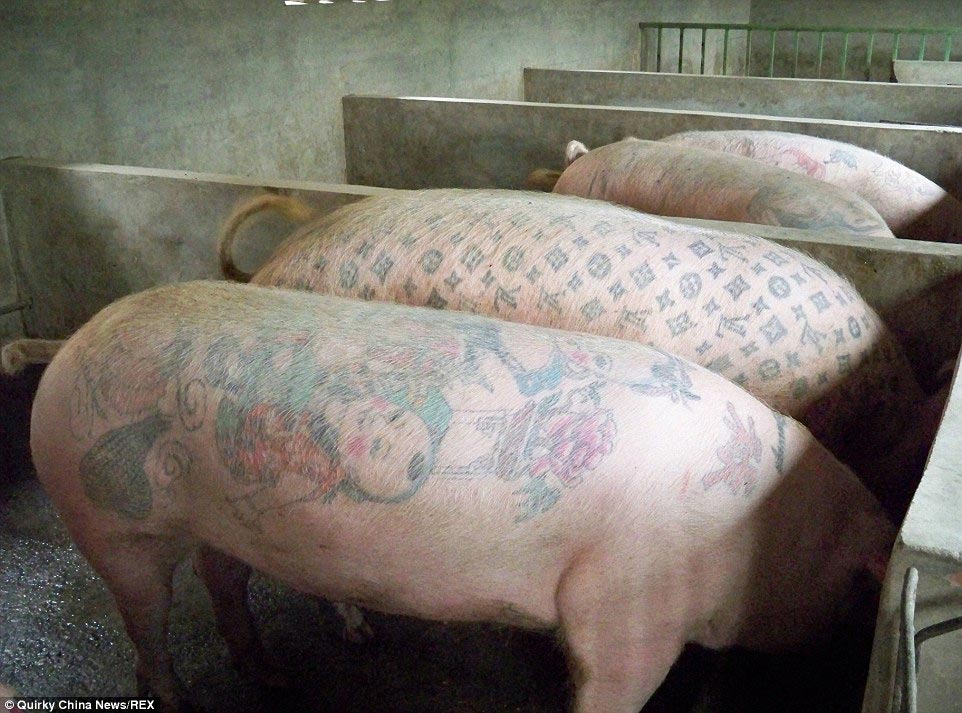 Wim doesn’t tattoo his 20 pigs alone. He has a whole team of specialists consisting of anesthesiologists and tattooists.

Even though Wim gets his pigs tattooed under anesthesia, animal rights advocates still find it unacceptable. They are trying in every way to stop his activities. 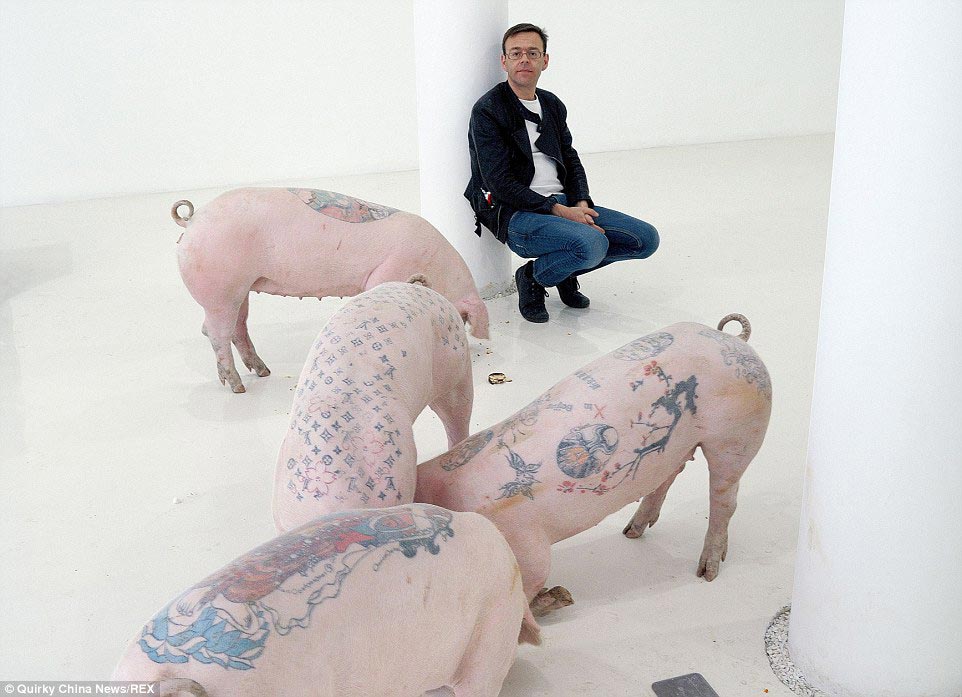