This is the only “iron” creature of its kind on Earth. The most severe conditions forced the snail to increase its armor.

As you know, insects, crustaceans and mollusks are perfectly protected from the surrounding dangers by “armour” made of calcium or chitin. But among them there is one (the only one of its kind) who is shackled in “armour” made of real iron! 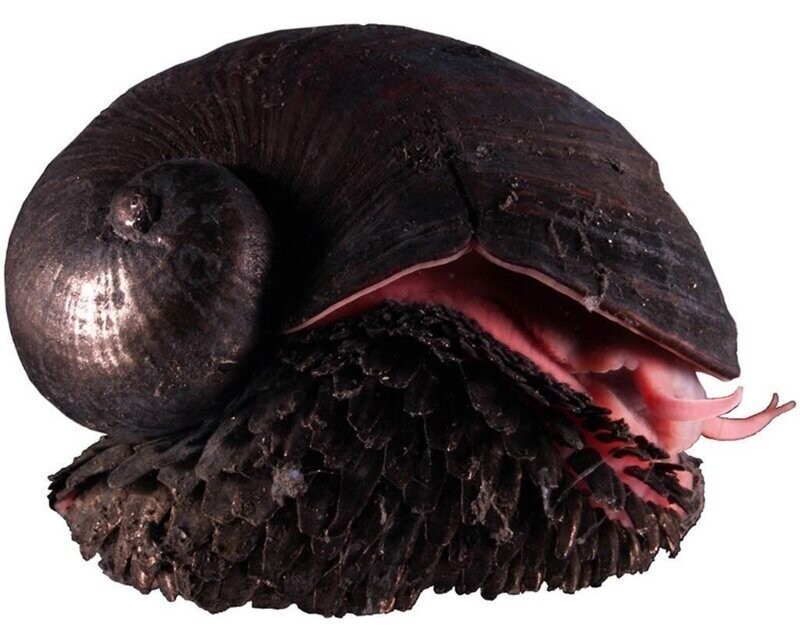 This amazing iron snail was discovered in the Indian Ocean in 2001. It was found at a depth of 2500 meters, where sulfuric acid gushes from the fault, the temperature reaches 400 degrees Celsius, and the pressure is 100 atmospheres. It’s hard to imagine how surprised Chinese researchers were when they noticed a snail crawling peacefully among this infernal broth. 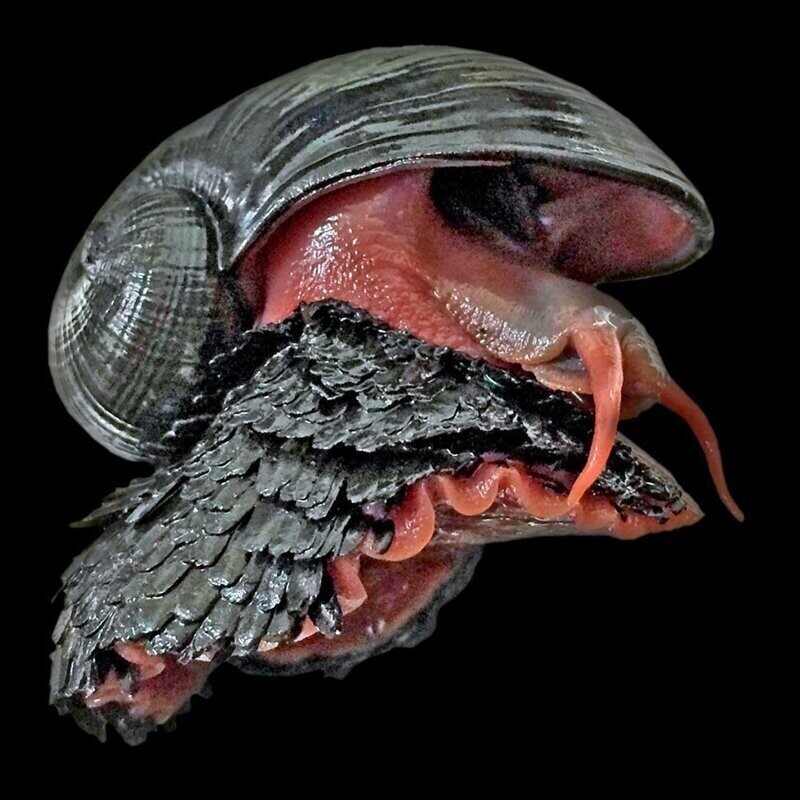 If evolution doesn’t kill you, it makes you stronger. The mollusk has learned to assimilate a huge amount of iron sulfides dissolved around and cover its tender body with them. That is, this snail simply embeds foreign objects into its body. Therefore, a comparison with a cyborg is more than relevant here.

Moreover, not only the shell is covered with iron. But the mollusk’s leg is also under the reliable protection of a “armor” of an intimidating kind of iron plates. 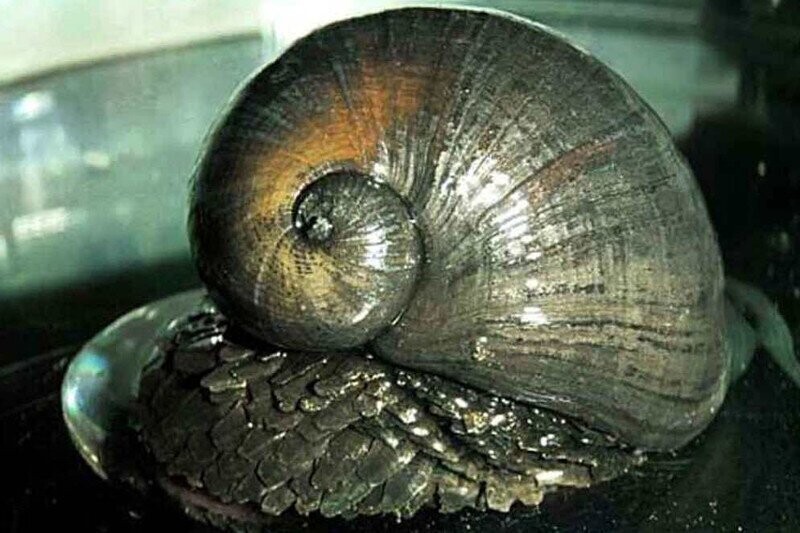 Cyborgs, as we know, do not reproduce. Apparently, our brutal friends have a similar situation. Scientists have not yet determined whether the male differs from the female and whether they mate at all. Over the years of observations, researchers have not been able to catch them behind the process.

It is also unknown what iron snails eat. Probably, they do not feed at all, but live by symbiosis with bacteria. 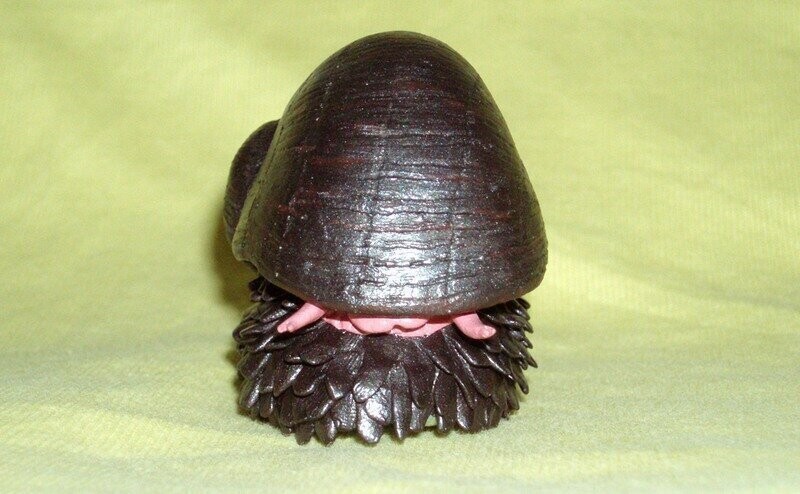 In May 2020, scientists from the Hong Kong University of Science and Technology (HKUST) decoded the genome of an iron snail. They found a unique protein that allows the sulfur contained in the shell to interact with iron ions and form sulfides.

Scientists believe that this discovery promises an unexpected practical application.

“We are studying how their iron-coated shells withstand the pressure exerted on them. This way we can get an idea of how to manufacture new types of armor,” the university said. 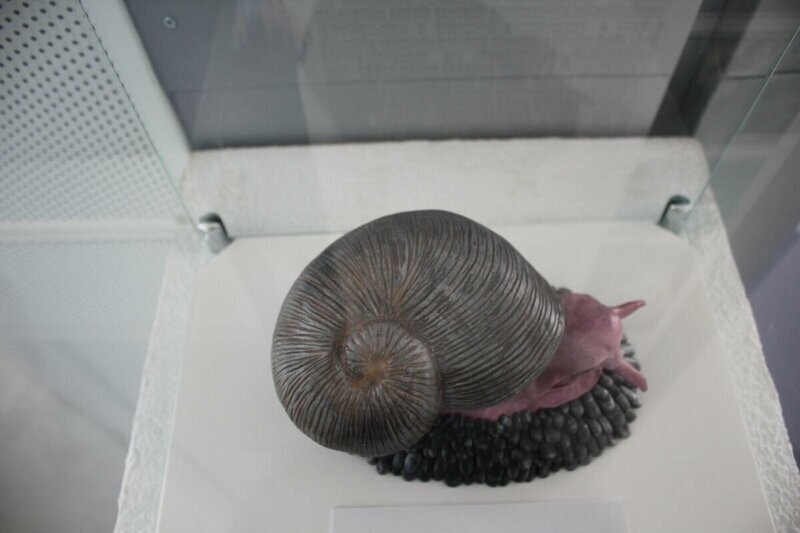 A high level of armor is, of course, wonderful, but scientists hope to make more valuable discoveries.

It is believed that where Crysomallon squamiferum lives today, there once lived the so-called “last universal common ancestor” – a microorganism from which all species on Earth originated.

In addition, researchers from HKUST expect that their discovery will be useful for medicine. It is quite possible that soon humanity will acquire new medicines that will be created thanks to these unkillable snails. 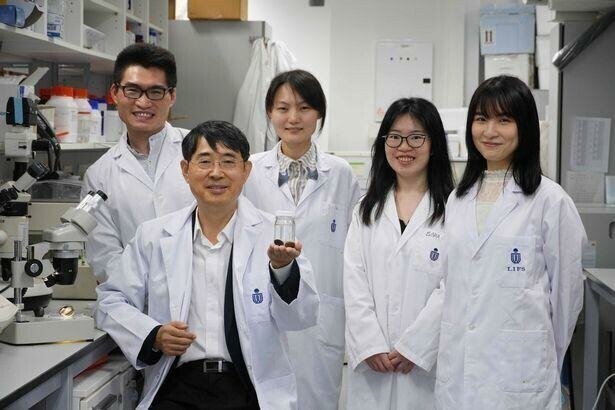