The woman brought the cat to the shelter and demanded that they take it away. To justify her refusal of the animal, she said that the cat was very ugly and even frightened the children with its appearance.

The cat had an eye infection that was immediately noticeable. But it was unclear what caused it. It was also a mystery why the animal could scare people so much.

According to the owner, the disease began suddenly and for no reason. 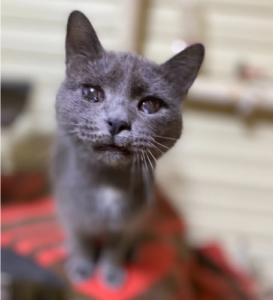 The woman spoke extremely loudly and brazenly. She yelled at the shelter workers, who could not understand why she should give up her cat if she could just treat the infection. The owner was not going to treat anyone, suggesting that the volunteers be glad she had brought the cat to them and not immediately put it to sleep.

Since that day, Candy has been living at the shelter. The cat is affectionate and contactable. She loves to be stroked and wants to be near people. 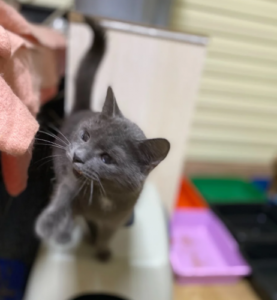 The cat is very beautiful, but people couldn’t see it behind her teary eyes. The infection has receded, but it’s impossible to tell if it has affected her vision.

We believe that our kitty will meet a family that will love her, not only for her appearance. 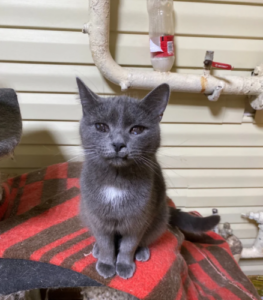 We learned that as soon as Candy came into the house, she became everyone’s favorite. The adults got the cat because they wanted to show the children what responsibility meant. I wonder how the children perceived the example they got from that situation? 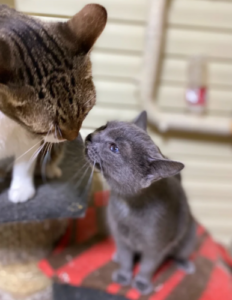