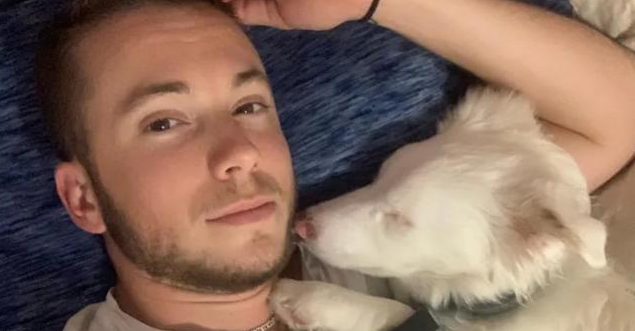 Animals with disabilities need a special approach. This is especially true for those animals that are deprived of hearing or vision. It is even difficult for such special creatures to establish communication with their owner, not to mention the rest.

A guy named Aiden, who lives in Nashville, helps a veterinary specialist in his work. He is very good at finding contact with animals. However, the guy had difficulties with his own pet. The young man’s dog is 6 months old. The breed is an Australian Shepherd. Since birth, the dog is deprived of the ability to hear and see. He was afraid of even touching. 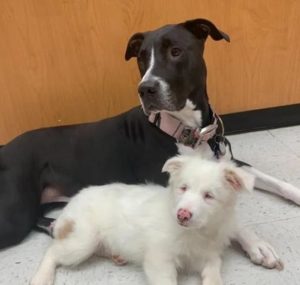 The dog’s disease did not scare the young man away. He said the following words:

“I knew exactly what I was doing. I understood that it would be difficult. However, I also knew that I loved this dog and would do everything for her happiness.”

The guy has developed his own touch language, using which he communicates with his pet. The dog already understands when he is called for lunch and a walk. 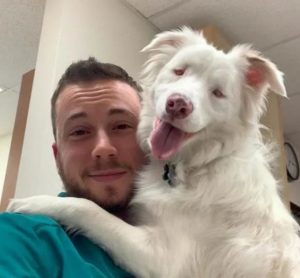 The guy tells about the life of his pet on his pages in social networks. In appearance, the dog is no different from its healthy peers. He is a cheerful, playful and kind dog.