There was nothing on this strange box – no markings, no instructions, no indication of its contents. The cargo plane took it to Beirut, Lebanon, and it stayed on the sidelines for a week while waiting for further “transplantation”. The place of departure is Ukraine, the destination is Syria…

Eventually, one of the airport workers accidentally looked into a hole near the lid – and almost fell right on the spot.

Inside this wooden prison, only 40 cm high, were three live Siberian tiger cubs. 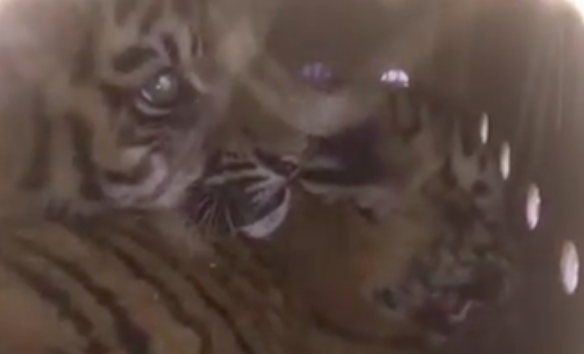 The man reported to the animal protection organization Animals Lebanon and they arrived immediately. The box was opened. Three 4-month-old babies lay among feces and urine, hungry and exhausted. 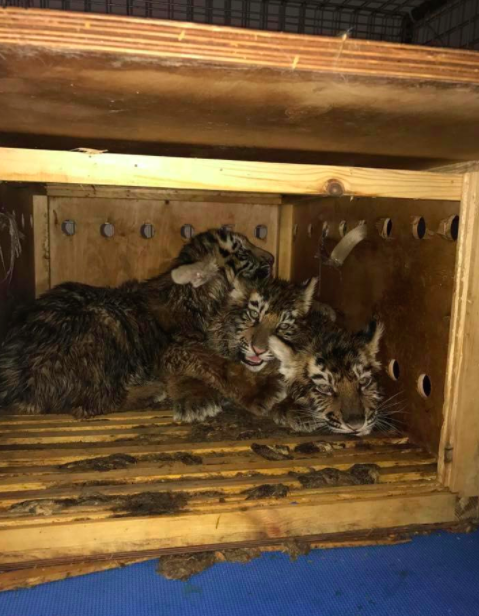 Hundreds of parasites crawled on the skins, and the pads of the paws cracked and blushed from the effects of sewage. When the tiger cubs were transported to the hospital they could not even get up…

“Nothing indicated that the box contained living creatures, there were no details from the shipper or the recipient,” AL said on social media. “And this despite the fact that Siberian tigers are a particularly valuable and endangered species!” 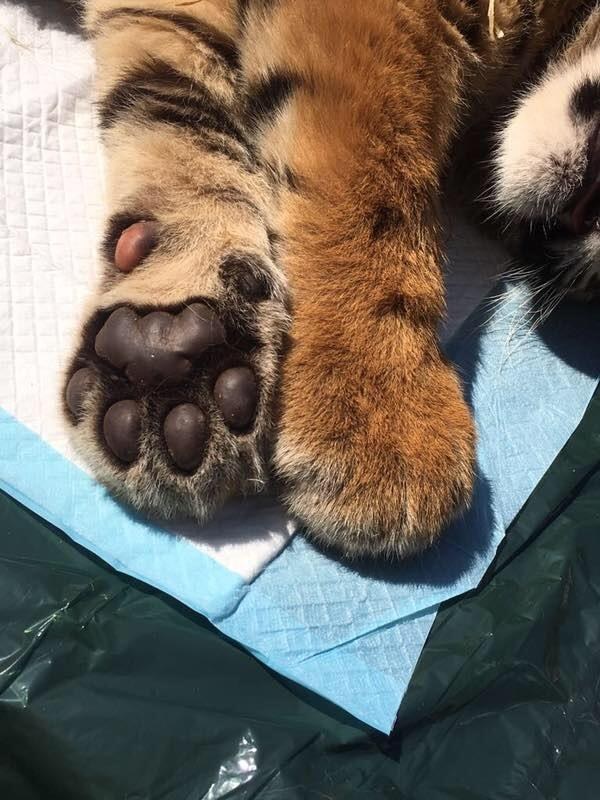 It was found that the animals were sent by the Ukrainian zoo in Nikolaev – the tiger cubs were sold to a similar zoo located in Domask.

The zookeepers asked the court not to return the animals, but to leave them for rehabilitation in Beirut.

“We provided the documents,” they say. “These kids weren’t the only ones! Their mother has given birth to at least 12 cubs since 2012. 9 of them went to an unknown destination to private buyers… “

The court, realizing that the animals would have died without the help of AL, temporarily allowed to confiscate the tiger cubs. However, the seller and buyer of animals are fighting hard for the right to take their “cargo” back. 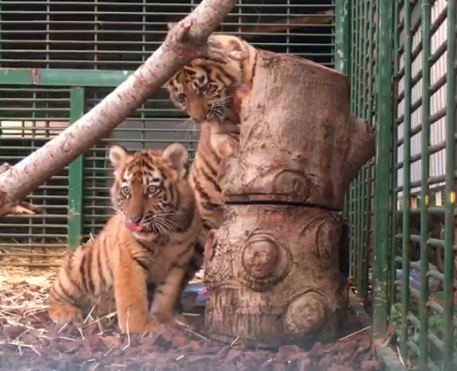 Meanwhile, two sisters and a brother got their own yard for the game. They did not have names – only numerical codes, so the first thing the tiger cubs decided to name.

Maya – the bravest and curious, Tanya – her faithful companion, who everywhere follows the sister. Antosha is a good-natured and shy slag, who still looks at everyone with apprehension.

See how much fun they play when they feel good!

Now the kids can only wait – what the court will say. Such “kittens” on the black market can cost tens of thousands of dollars, so their owners will fight for them to the end …

And we will hope that this story will end happily – first of all, for small Slavic tiger cubs! Their snouts have already begun to smile, and they have set foot on the path of trust to people – so let all their further life will be formed under the sign of kindness!

ANIMALS 0 14 views
Alina drove home after work, but there was no joy, only irritation. The promotion,

ANIMALS 0 25 views
The story took place in the summer. The boy and his friend, his mother,

ANIMALS 0 53 views
At the end of August, Alberto achieved the dream he had been pursuing for

ANIMALS 0 63 views
Friendship between a cat and a dog is not uncommon today. Owners who love

A boy wants to work in a store for food, the boss is confused when he learns that his father is a millionaire
Jack Mason helped unload the new consignment items that had arrived that morning, and
LIFE STORIES 0 44

Wheelchair dad dances with daughter at prom after no one asked her
«Have fun, darling,» Gregory said to his daughter Erica, who is finally ready to
LIFE STORIES 0 88

At the age of 7 years the girl easily lifts a barbell weighing 80 kg
At any given time, in different parts of the world, children emerge who are
LIFE STORIES 0 15

She finds a wallet with a letter and decides to find its owner
Sandra is a young woman whose fate has never been in her favor. She
LIFE STORIES 0 18

«I haven’t seen you in ages!» a millionaire tells a homeless man before asking him to get into his car
Oliver, 65, sighed bitterly, stared at the red light and pressed his stomach to
LIFE STORIES 0 9