The story took place in the summer. The boy and his friend, his mother, and the dog Bella went to the pond. By the way, he found the dog in the street when it was still a puppy. Someone had thrown the babies away like unwanted junk, and the boys took them home with them. As they were walking back, they heard a muffled squeak. At first they thought it was a bird calling, but then they listened and realized that someone was meowing.

They followed the sound, but found no one, but the mewing continued. Finally, the boy and his friend saw one tiny kitten who was completely exhausted. 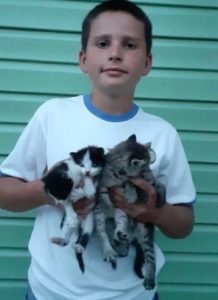 At that moment Bella ran somewhere, and the boys and the woman followed her, taking the kitten in their arms. The dog began to dig and people understood why. A meowing sound was heard from under the ground. People began to help the animal and finally they were able to dig out three kittens. 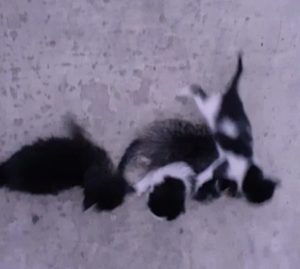 Probably the kitten they found was able to escape from the people (non-humans) who had done such cruel things to living creatures. 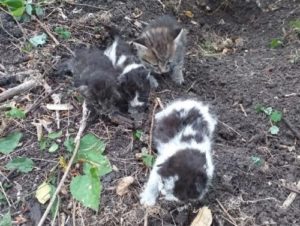 “And I kept looking at them and couldn’t understand how they could do that to animals? Bury them alive in the ground? It was a good thing we decided to go to the pond that day. Good thing I heard the squeaks. It’s a good thing we were able to save all the little ones!” said the boy. 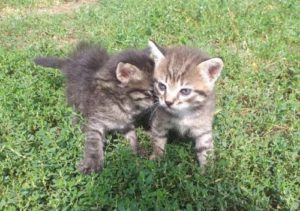 Two of the kittens are eating on their own, and two are being bottle-fed by the boy. Rosalie, their cat, also helps him take care of the kittens. She lays down with the babies next to them, warms them and licks them. Now the babies not only have a home, but a mother as well. 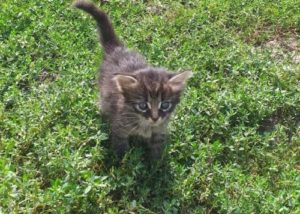 Within a couple of days the kittens had managed to transform themselves. These are not the first kittens that have been rescued by a boy and his family.