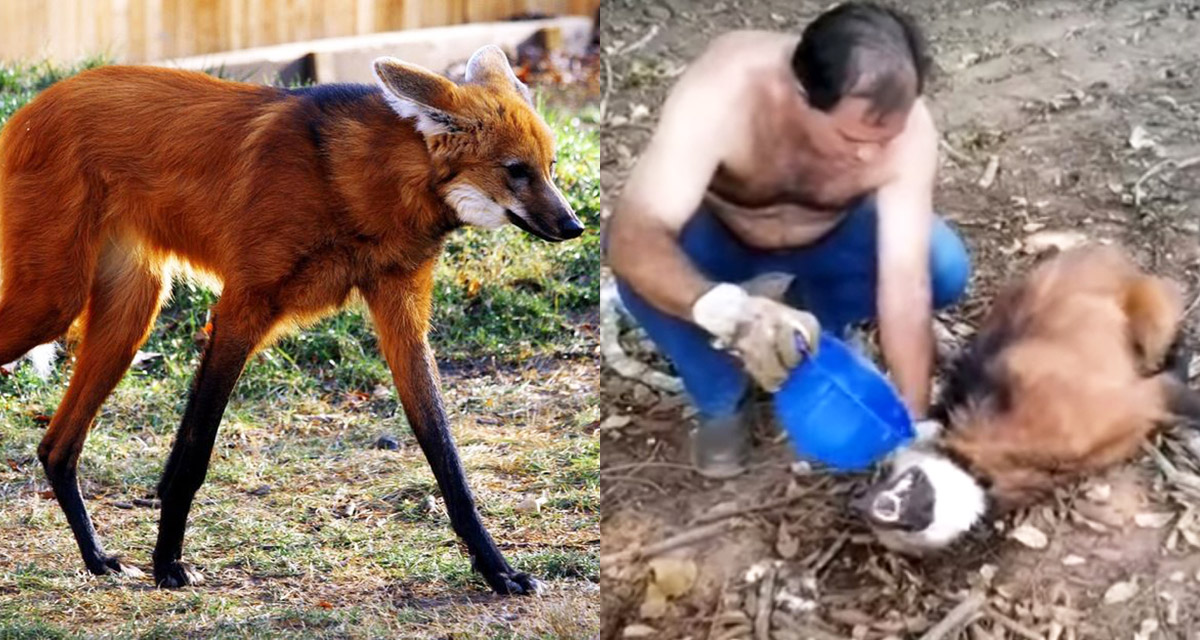 This case occurred in the northeast of Brazil, where maned wolves or, as they are also called, guara are found. In their appearance, these predatory mammals resemble foxes more than other wolves. They have bright fiery fur, long slender paws, an elongated trunk and an elongated nose. 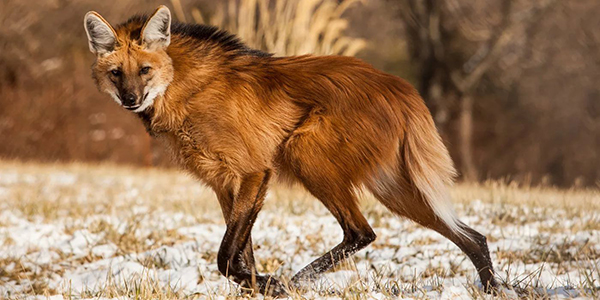 It was such a wolf that the trucker Rodriguez Milton met on his way. Making his next route, the man saw an animal on the side of the road and decided to stop to take a photo of this beautiful predator. 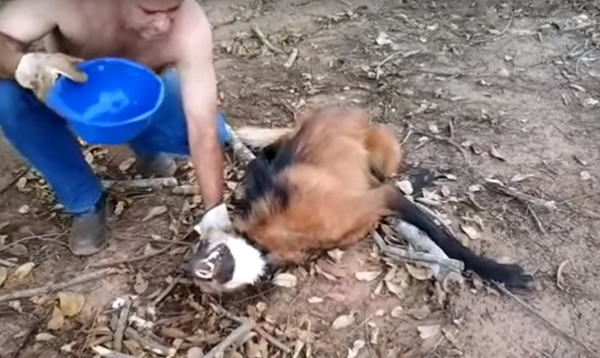 But the wolf, seeing the man, began to hide under the truck. Coming closer to him, Rodriguez realized that the predator was exhausted with thirst. 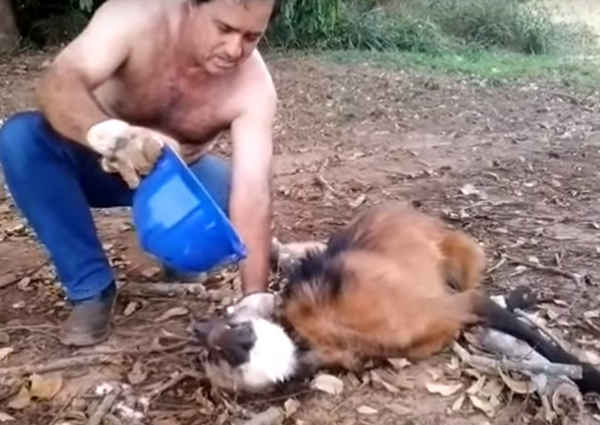 Despite the fear, the man decided to help the poor animal. He gave him water to drink. After that, the wolf ran away again into the forest! That’s how a man saved the life of a beautiful maned wolf.